Seeing is Believing: Is Your Polymerization Working?

If you are a polymer chemist, you may have dreamt of having a pair of eyes that can directly tell whether your polymerization reaction is working or not. Good news! Randall H. Goldsmith of the University of Wisconsin-Madison, U.S. and coworkers have developed an optical technique to monitor the course of a polymerization reaction in real-time. This breakthrough has been published in Chemical Science (DOI: 10.1039/C9SC05559B).

The technique temporally resolved the evolution of polynorbornene molecular weight. The polymerization incorporated the probe molecules into the backbones of polynorbornene. As polymer chains grew, the rotational freedom of PDI-NB became increasingly limited, giving rise to an enhanced anisotropy signal during the first 200 min of polymerization (Fig. 2a, top panel and Fig. 2b, red curve). Further polymerization brought the incorporated TPE-NB together, triggering the aggregation-induced fluorescence emission of TPE-NB (Fig. 2a, bottom panel and Fig. 2b, blue curve). Importantly, the rise of the emission intensity from TPE-NB immediately followed the saturation of anisotropy signal from PDI-NB, making the two molecules complementary for monitoring the polymer growth in different time scales. Critically, the anisotropy signal intensity of PDI-NB correlated positively with the weight-average molecular weight of polynorbornene (Fig. 2c), demonstrating the capability of this technique to track the progression of polymer growth. 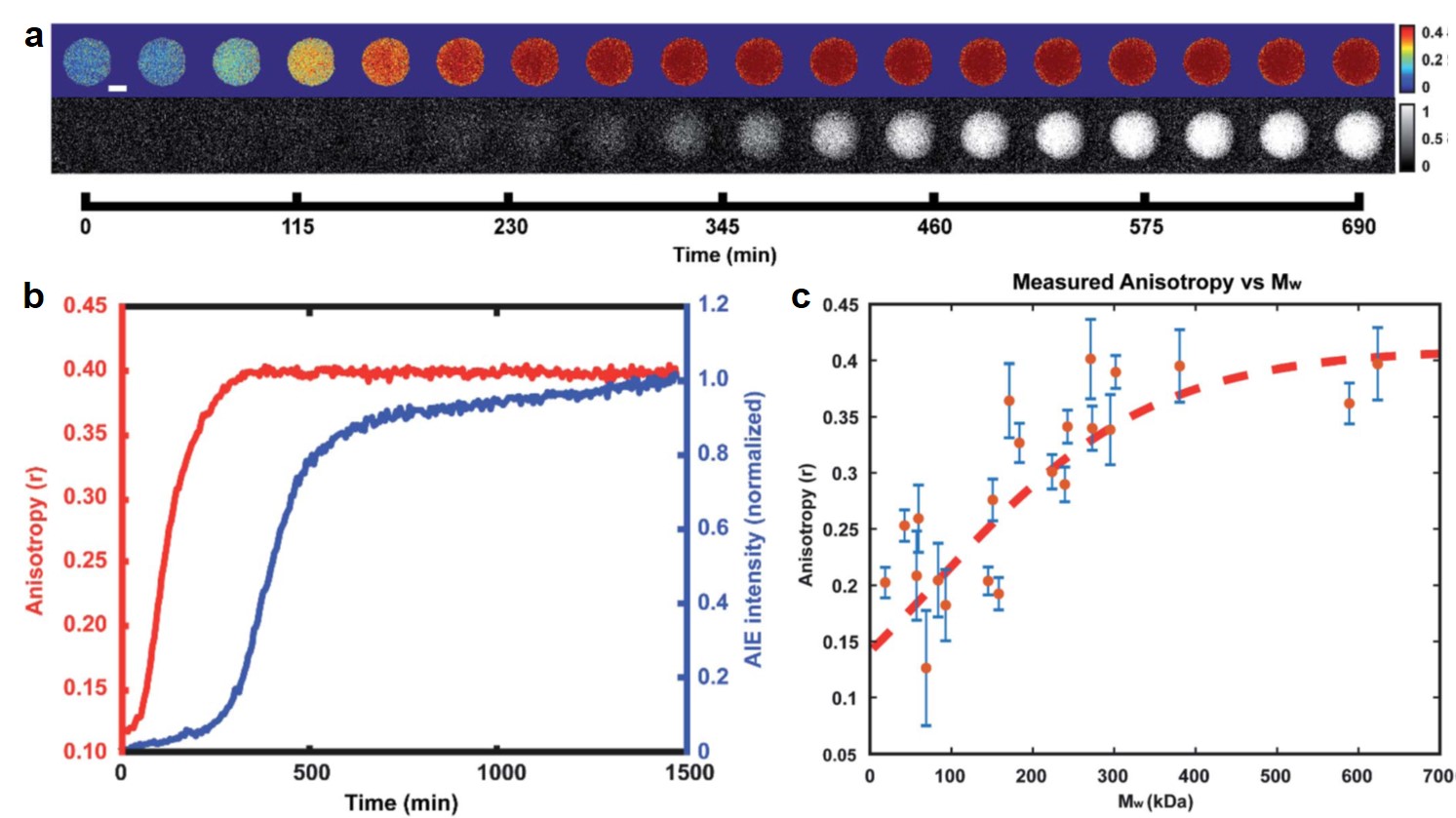 The reported technique is applicable to other ring-opening metathesis polymerizations (ROMPs) involving monomers such as norbornadiene.