Chemical Science, Sustainable Energy & Fuels, and Energy & Environmental Science were delighted to recently support the Perovskite, Organic Photovoltaics and Optoelectronics  (IPEROP19) conference that took place in Kyoto, Japan from 28-29th January 2019. On behalf of the Royal Society of Chemistry, we would like to congratulate the following prize winners who won a £200 book voucher each. A particular mention to the Chemical Science winner, Chieh-Ting Lin of Professor James Durrant’s group at Imperial College London: 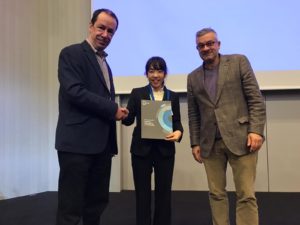 Sustainable Energy & Fuels winner Mantulnikovs, Konstantins (EPFL)
“Differential Response of the Photoluminescence and Photocurrent of Polycrystalline CH3NH3PbI3 and CH3NH3PbBr3 to the Exposure to Oxygen and Nitrogen” 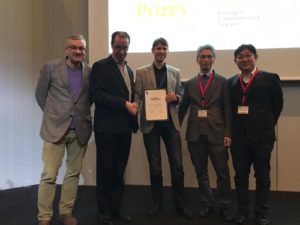 We are delighted to introduce Professor Paolo Melchiorre as Chemical Science Associate Editor, handling submissions in the area of organic chemistry.

Paolo currently splits his time between two institutions, the Italian Institute of Technology (IIT) in Genoa as a Tenured Senior Scientist, and the Institute of Chemical Research of Catalonia (ICIQ) in Tarragona as a Professor and Senior Group Leader. Paolo’s research is centered around the development of asymmetric orga 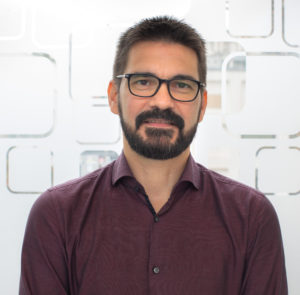 nocatalytic and photochemical processes that can be used as tools to solve problems in organic synthesis. His aim is to utilise photoorganocatalysis for the development of environmentally friendly reaction processes, presenting innovative solutions to common synthetic problems.

Paolo now joins the Chemical Science team as an Associate Editor and looks forward to handling submissions in the areas of organic chemistry, photochemistry, asymmetric catalysis and organocatalysis.

Below is a selection of articles published in Chemical Science that Paolo would like to highlight as being particularly impactful:

The Bristol Synthesis Meeting will be taking place this year on Tuesday 9th April at the University of Bristol. Chemical Science are proud to sponsor this meeting, and one of our Assistant Editors Sarah Sharp will be attending. We look forward to seeing you there.

With an inspiring line-up of speakers including Professor Craig Townsend, Professor Michinori Suginome, Professor Helma Wennemers, Professor Dean Toste and Professor Ilan Marek, this is not one to miss. Registration is now open at the Bristol Synthesis Meeting webpage. 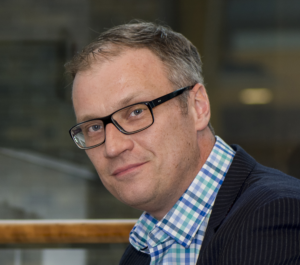 We are delighted to introduce Professor Andrei Yudin as Chemical Science Associate Editor, handling submissions in the area of organic chemistry.

Andrei is the current Editor-in-Chief of the Royal Society of Chemistry journal, Organic & Biomolecular Chemistry, and runs a blog series providing regular updates on the progress within his group, found at https://amphoteros.com/.

Andrei has now joined the team at Chemical Science and looks forward to receiving submissions in the areas of organic synthesis, transition metal catalysis, peptide preparation and macrocyclisation.

Below is a selection of articles published in Chemical Science that Andrei would like to highlight:

We also highlight a few of Andrei’s contributions to Chemical Science from the last few years: