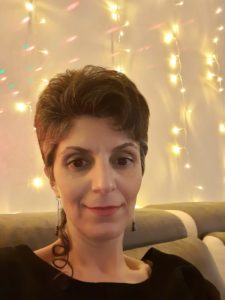 Mona Semsarilar completed her MSc. in 2006 in physical chemistry under the supervision of Prof. E. Yilmaz (EMU, Cyprus). She continued her studies by joining Prof. S. Perrier’s team at the University of Leeds and earned her PhD from the University of Sydney in 2010, working on the synthesis of hybrid materials based on cellulose. She then moved to the University of Sheffield (UK) to work on Polymerisation-Induced Self-assembly (PISA) under the supervision of Prof. S. P. Armes (FRS). In 2015 she was recruited by the French national research organization (Centre National de la Recherche Scientifique – CNRS) as a research scientist based in the European Institute of Membranes (Institut Européen des Membranes – IEM) in Montpellier. In 2019, she received her habilitation from the University of Montpellier. Her research team looks into the preparation of materials primarily for applications in membrane and separation science using synthetic chemistry tools. Her current research focus on the design, synthesis and self-assembly of functional block copolymers, polymer-peptide conjugates, hybrid materials based on natural polymers, Metal Organic Frameworks (MOFs) and Covalent Organic Frameworks (COFs).

As a teenager, I was a big fan of Marie Curie as she was one of the only female figures in the world of Science and Technology. Also, my maternal great grandfather was a herbalist and I enjoyed going through his books and notes that my grandfather had inherited. I was fascinated by the hand-made illustrations and spent hours flicking through the fragile books and trying to copy the pictures! However, becoming a polymer chemist was just fortuitous. It just happened that I got a good offer to study polymer chemistry. I am deeply grateful for this coincidence as it paved my way into joining a family of great scientists that are not only good in what they do but also very kind and supportive individuals.

I have been working on the concept of Polymerisation-Induced Self-Assembly (PISA) since 2010. In the early years, we were mainly looking into two factors influencing the in-situ self-assembly; chemical functionalities in the shell-forming block and the solvophilic- solvophobic block ratios. One of our early works on galactose-coated nanoparticles prepared through PISA showed that hydrogen bonding played a crucial role in pushing the morphology towards higher orders. To explore this further, we wanted to use moieties that could provide a variety of supramolecular bonds and for this, peptides were the obvious choice. Now we have a library of monomers containing short sequences of peptides with ability to form hydrogen bonding and pi-pi interactions. Our first paper using these monomers, recently published in Macromolecules, demonstrates that presence of self-assembling peptides in the shell-forming block controls the self-assembly and is the main drive in the formation of interconnected fibrous networks. These results made it very clear that the presence of only few units of self-assembling peptide monomers were enough to push the self-assembly towards higher orders and form the unprecedented structures reported. For us the next obvious step was to see if the same effect could be seen once the self-assembling peptides were placed in the core of the particles, which is the subject of investigation in the current article.

I have to say my two mentors (Prof. Perrier and Prof. Armes) have been a great source of inspiration for me. They are both brilliant minds, great scientists as well as very good managers. Their dedication and hard work towards science as well as their approach in managing their research team are admirable. They have a special way of making junior people fall in love with the science they do and create a sense of loyalty towards them and their team that is exceptional.

Spare time?! What is spare time?!! Being mother of an energetic three years old does not leave any time to be spared!!! If by any chance I get a bit of time to myself (mainly while commuting) I would think chemistry! However, in the olden days (as Peppa Pig would say!) I used to enjoy reading.

I quite enjoy fine manual activities that require attention to details and precise skills. If not designing and making molecular structures, I would have enjoyed being a surgeon, tailor, carpenter or a silversmith. I also have a keen sense of observation and enjoy solving puzzles. So being a spy or a detective could have been the other options.

The aim of this study is to produce self-assembled structures with hydrophobic polypeptide cores via Reversible Addition–Fragmentation chain Transfer (RAFT) – mediated Polymerisation-Induced Self-Assembly (PISA). Hydrophilic poly(glycerol monomethacrylate) macromolecular chain transfer agents (PGMA mCTAs) were used to polymerize the self-assembling peptide monomers, resulting in the formation of diblock copolymer nano objects. Methacrylamide derivatives containing self-assembling tripeptides MAm-GFF (MAm-Gly-Phe-Phe-NH2) and MAm-FGD (MAm-Phe-Gly-Asp-NH2) were used as hydrophobic monomers. The self-assembling behaviours of these monomers mainly derive from the interactions of the phenylalanine residues, however their difference in hydrophobicity required different polymerization conditions. MAm-GFF was polymerized in the presence of organic solvent (ethanol or acetonitrile), under either dispersion or emulsion polymerization, while MAm-FGD was polymerized under aqueous dispersion conditions. PGMA-b-P(MAm-FGD) obtained from aqueous PISA typically formed fibrous structures while a range of morphologies such as fibre-, flake-, and leaf-like or spherical vesicles were obtained for PGMA-b-P(MAm-GFF) depending on the copolymer composition and solvent used. In all cases the peptides self-assembling core had a crucial influence on the final morphologies.