We are delighted to announce that Professor Amanda Hargrove, at Duke University, is the recipient of this year’s Cram Lehn Pedersen Prize in Supramolecular Chemistry. This prize, sponsored by ChemComm, is named in honour of the winners of the 1987 Nobel Prize in Chemistry and recognises significant original and independent work in supramolecular chemistry. Our warmest congratulations to Amanda, a well-deserved winner. 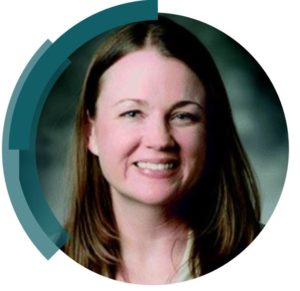 “Dr. Amanda Hargrove’s research group has developed small molecules that bind to RNA by interacting with the RNA tertiary structure, such as hairpins, bulges, and stem loops. The combinatorial libraries and maticululas characterization of the small molecules results in very specific RNA binders. Her research group is one of the most prominent groups in the world in recognizing RNA for drug-discovery. Along with discovering that amiloride is a tunable RNA scaffold, her group has published ligands for oncogenic and viral ncRNAs. Expanding on RNA molecular recognition, her group has shown direct evidence that conformational dynamics play a role in RNA binding and developed a method to visualize RNA conformational changes.” Roger Harrison, Secretary of the ISMSC International Committee

Amanda E. Hargrove is an Associate Professor of Chemistry at Duke University and a past ChemComm Emerging Investigator Lectureship awardee. Prof. Hargrove earned her PhD in Organic Chemistry from the University of Texas at Austin followed by a postdoctoral fellowship at Caltech. Her laboratory at Duke works to understand the fundamental drivers of selective small molecule:RNA recognition and to use this knowledge to functionally modulate viral and oncogenic RNA structures. Her passions outside the lab include developing course-based undergraduate research experiences, working toward equity in chemistry at the departmental and national level, and watching old movies with her awesome family. Follow Amanda’s lab on Twitter: @hargrovelab

The 2021 Cram Lehn Pedersen Prize will be celebrated during two days of virtual sessions in July 2021 at 16th International Symposium of Macrocyclic and Supramolecular Chemistry. An in-person event has been rescheduled for 19 – 24 June 2022. The symposium will provide a forum to discuss all aspects of macrocyclic and supramolecular chemistry, and also topics on materials and nanoscience, following the spirit and style of the fourteen preceding conferences. It will also offer networking opportunities among peers, recognized leaders in the field, young scientists, and students. 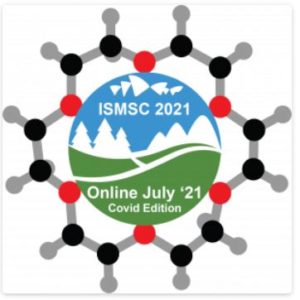