We’re excited to bring you our interview with Tom Hasell who published his #ChemComm1st article in 2016. We spoke to Tom about his experience as a first-time independent author publishing ‘Porous inverse vulcanised polymers for mercury capture‘ 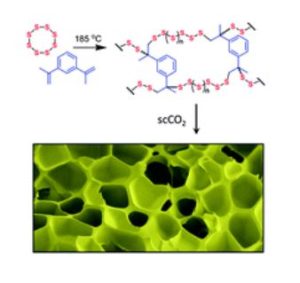 What are the main areas of research in your lab and how has your research progressed since publishing your first article?
I’ve always worked in materials chemistry. I love investigating new materials and trying to understand how they work. But as well as just academic interest, I like materials that could have practical applications. Often one of the challenges for new academic materials is that they can be expensive to produce – either because of the cost of the starting materials, or the complex processes used to make them. That can be a real barrier to industrial applications. When I started my own group, I knew I wanted us to work on interesting new materials, but I wanted us to limit ourselves to ones that were cheap and ideally sustainable, so that they would have potential for widespread use. Trying to make functional polymers out of elemental sulfur is a great example of that ambition. Sulfur is a by-product of the petrochemicals industry, and the supply outweighs demand, so you can buy it for roughly transport costs. I’d seen some early papers showing that sulfur could be made into stable polymers – which we could maybe make useful materials from. Mercury has a high affinity for binding to sulfur, so these polymers could be great filters to capture toxic mercury – if they could be made porous. The paper we published as a new group, in Chemical Communications, was the first report of making these “inverse vulcanised” sulfur polymers porous, and showed that it improved their mercury uptake.
Since then we have carried on working in sulfur polymers, it’s a fascinating new area with a lot to explore, and since that paper we have gone on to explore other ways to induce porosity in these materials, such as by salt templating to make the porosity better connected, or by using carbonisation, or coating onto porous supports to generate microporosity. There are also a lot of non-porosity based applications for sulfur polymers that will depend on their physical properties, which we have been working to improve, as well exploring sustainable crosslinkers to react with the sulfur, and how catalysts can improve the synthesis. The unique nature of sulfur based polymers gives them potential for applications in optics, batteries, and as antimicrobial materials.

Describe your journey to becoming an independent researcher.
Some people are certain that they want an academic career from the start but I was never sure what I wanted to do after I finished university. In my fourth year as an undergraduate, I did a research project in Steve Howdle’s group and really enjoyed it. He asked me if I wanted to stay on and do a PhD and I agreed – I was enjoying the research and it would put off making a decision for a while. After the PhD, I continued in research working as a postdoc for Andy Cooper. I still wasn’t sure what I wanted to do but I was enjoying the research so I just kept on at it. I was nervous of going for an academic career because although I loved research, I wasn’t sure the struggle for funding, admin, and management were for me. After sitting on the fence for perhaps a little too long I decided to go for it anyway, and applied for a Royal Society fellowship, which is what gave me the independence to start my own group. In honesty, the precarious nature of many years of short term contracts, and lack of security was difficult, and at times it was a bumpy road that almost made me leave academia. I can see why it puts people off, and I think we need to change this.

What is the best piece of advice you have ever been given?
Learn the difference between urgent and important. It’s great advice. I’m terrible at it.

Why did you choose to publish your first article in ChemComm?
ChemComm was always one of my favourite journals as PhD student and postdoc. The short format means the key message of the research tends to come across clearly. As a new group, the broad readership and good reputation of the journal made it a great target for our first paper. 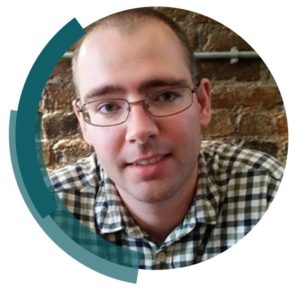 Tom Hasell is a Lecturer and Royal Society University Research Fellow in the Stephenson Institute for Renewable Energy at the University of Liverpool. Originally from Yorkshire, he is a graduate of the University of Nottingham, where he stayed to complete a PhD under the supervision of Steve Howdle (Chemistry) and Paul Brown (Engineering), while collaborating closely with Martyn Poliakof, as well as placements in America (Eric Beckman, University of Pittsburg) and Japan (Satoshi Yoda, NIAST). He then joined Andy Cooper’s group at the University of Liverpool in 2008, initially as a postdoctoral researcher and later as a research coordinator. During this time he played a significant role in the development of porous organic cages. After securing a Royal Society University Research Fellowship, Tom was able to start his own independent group in Liverpool in 2015. This group is focussed on using waste to make functional new materials. He has worked in a wide range of areas across materials science, including polymers, supercritical fluids, nanocomposites, and porous materials. Tom was awarded the European Young Chemist of the year award in 2014, and was named as a Journal of Materials Chemistry Emerging Investigator in 2017. Follow Tom on Twitter: @TomHasell