A research team led by Jiang Zhou and Shuquan Liang of Central South University, China, recently identified iron oxyhydroxide (β-FeOOH) as a K-ion battery electrode material. It is reportedly the first iron-oxide-based compound to serve in K-ion batteries. The results have been published in Chemical Communications (DOI: 10.1039/d0cc01009j).

The researchers made the electrode by a hydrothermal reaction. Specifically, they dispersed Super P® (SP), an electrically conductive additive, into FeCl3 aqueous solutions. The mixture was then heated at 150 °C for 10 h. The resultant powder (FeOOH-SP), comprised of uniformly mixed, crystalline β-FeOOH nanorods and Super P particles (Fig. 1), was directly used as an electrode material. 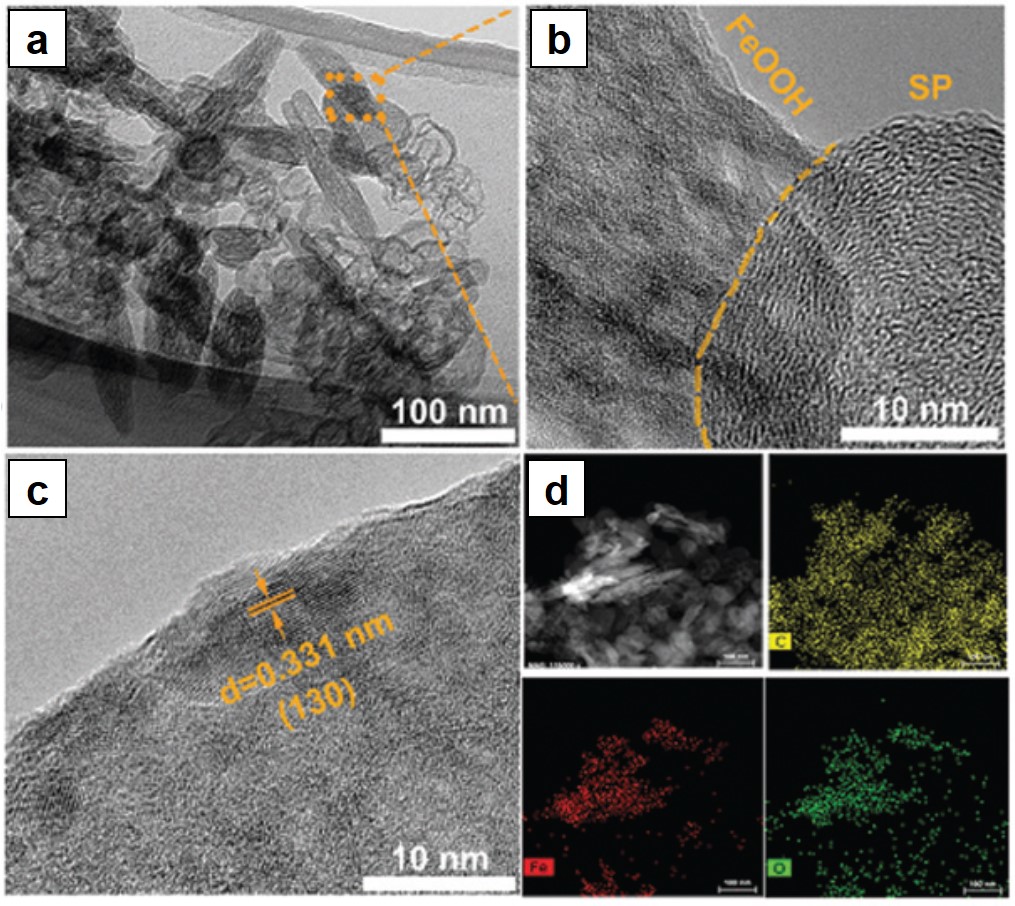 Figure 1. Transmission electron microscopy images of (a, b) FeOOH-SP and (c) FeOOH. (d) Elemental mappings of C, Fe, and O in FeOOH-SP.

The authors investigated the electrochemical properties of FeOOH-SP in K-ion batteries. At a current density of 100 mA/g, FeOOH-SP exhibited a stable specific capacity of ~200 mAh/g, approximately double and quadruple that of SP and FeOOH alone, respectively (Fig. 2a). The specific capacity of FeOOH-SP was maintained at ~100 mAh/g when the current density increased to 2000 mA/g (Fig. 2b), showing its fast-charging capability. Additionally, the authors observed that the crystalline β-FeOOH nanorods amorphized upon K+ intercalation after being discharged (Fig. 2c). Their crystallinity was only partially restored when being re-charged (Fig. 2d). The loss of crystallinity, however, did not undermine the charge-storage capacity of FeOOH-SP. 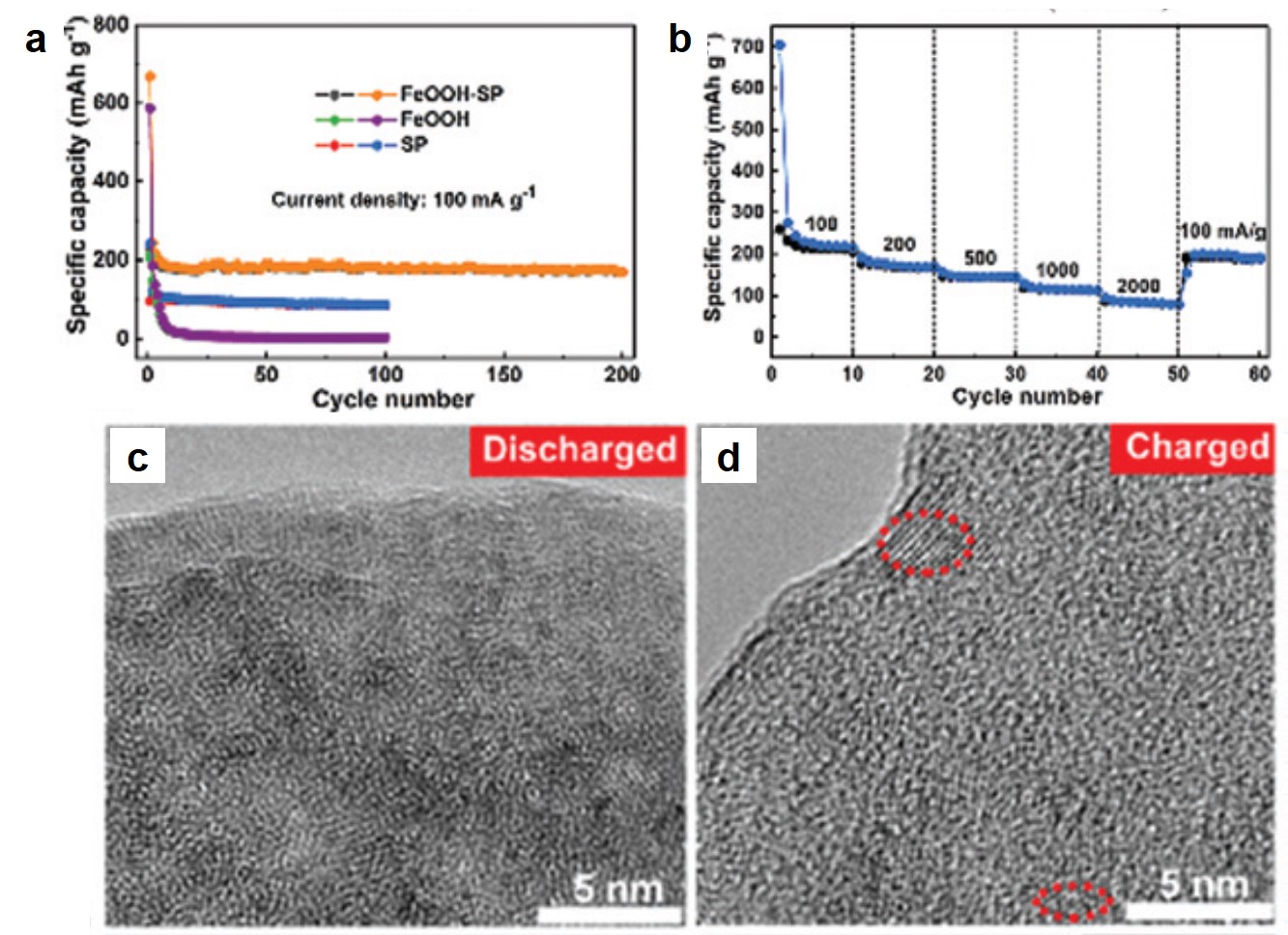 Considering the low-cost of iron oxyhydroxide, FeOOH-SP could reduce the manufacturing cost of K-ion batteries and increase the affordability of electrochemical charge storage devices. 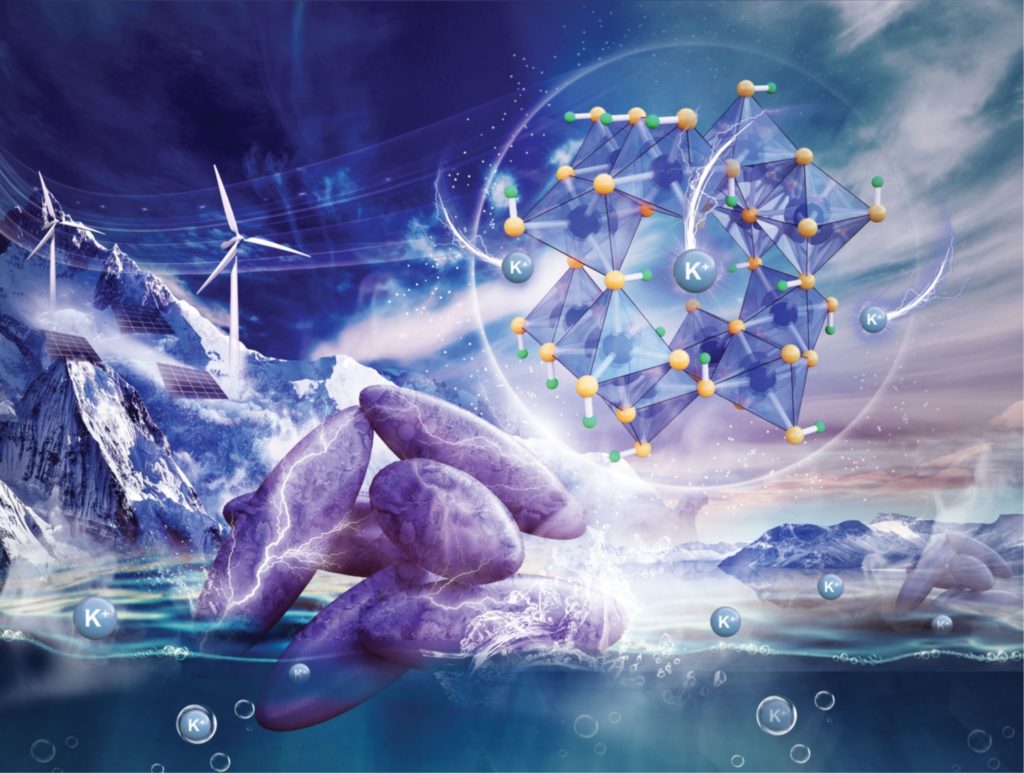 Tianyu Liu acknowledges Zacary Croft at Virginia Tech, U.S., for his careful proofreading of this post.