The Birth of a Semiconducting Metal Organic Framework by Sulfur Coordination

Metal organic frameworks (MOFs) are crystalline nanomaterials composed of metal ions or clusters coordinated with organic ligands. Owing to the versatility of their building blocks, MOFs have multiple functionalities and can serve as gas separators, sensors, catalysts, electrode materials etc. Now the structure diversity of MOFs is further enriched by Wu and coworkers from Soochow University, China. Specifically, the researchers synthesized a semiconducting MOF with tetra-coordinated sulfur units. This breakthrough was recently published in ChemComm.

The uniqueness of the synthesized semiconducting MOF (MCOF-89) is its square-planar tetra-coordinated metal-sulfur structure, which is observed in MOFs for the first time. It was believed that putting a sulfur atom next to a metal node of MOFs was extremely difficult, because of the large discrepancy in bonding energy between metal-sulfur bonds and conventional metal-carboxylate bonds. Incorporating sulfur atoms thereby could undermine the structural stability of MOFs.

The authors addressed this challenge by designing a tetra-coordination environment as illustrated in Figure 1. The four manganese-sulfur bonds effectively reinforced the unstable S coordination. MCOF-89 was synthesized via a solvothermal reaction with Mn(CH3COO)2 and thiourea as the Mn and S sources, respectively. 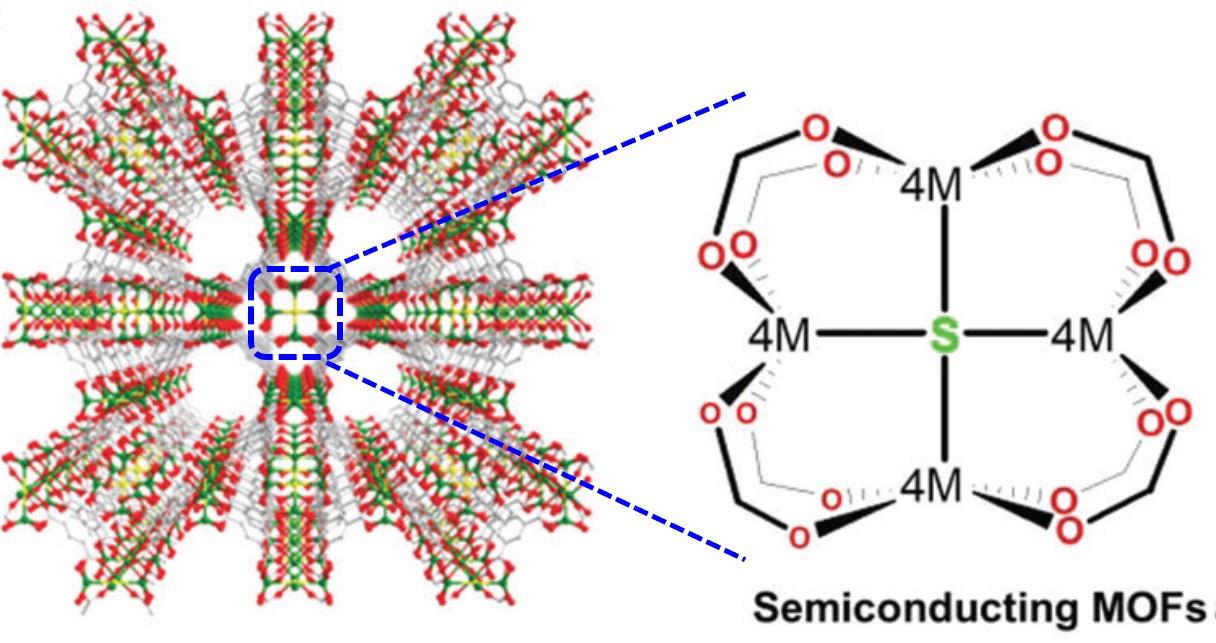 Figure 1. The structure of MCOF-89. The illustration on the left is a three-dimensional lattice structure (the red, green and yellow balls represent oxygen, manganese and sulfur), and the structure on the right shows the Mn-S square-planar tetra-coordination configuration (M = manganese).

The synthesized S-incorporated MOF is a semiconductor with a bandgap of 2.82 eV. Additionally, this MOF is photoactive and is able to generate a photocurrent of ~1.9 µA/cm2 upon light irradiation.

This work exemplifies how molecular design can lead to the discovery of novel MOFs with extraordinary structures. It could also inspire other synthesis protocols toward various metal-chalcogenide-containing MOFs with unexpected properties.