We are pleased to welcome nominations for the 2019 Emerging Investigator Lectureship for ChemComm. 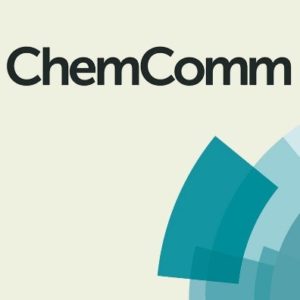 • Recognises emerging scientists in the early stages of their independent academic career.
• Eligible nominees should have completed their PhD on or after the 15th September 2010.

How to nominate
Self-nomination is not permitted. Nominators must send the following to the editorial team via chemcomm-rsc@rsc.org by Friday 25th January 2019.
• Recommendation letter, including the name, contact details and website URL of the nominee.
• A one-page CV for the nominee, including a summary of their education, dates of key career achievements, a list of up to five of their top independent publications, total numbers of publications and patents, and other indicators of esteem, together with evidence of career independence.
• A copy of the candidate’s best publication to date (as judged by the nominator).
• Two supporting letters of recommendation from two independent referees. These should not be someone from the same institution or the candidate’s post doc or PhD supervisor.

Selection procedure
• The editorial team will screen each nomination for eligibility and draw up a shortlist of candidates based on the nomination documents provided.
• Shortlisted candidates will be asked to provide a brief supporting statement summarising their key achievements, highlighting the impact of their work and justifying why they deserve the specific lectureship for which they have been entered.
• The recipient of the lectureship will then be selected and endorsed by a selection panel composed of members of the ChemComm Editorial Board. The winner will be announced in the first half of 2019.