Archive for the ‘Board Member News’ Category

Ramakrishnan is now accepting submissions to ChemComm in the areas of organic materials and polymers. Ramakrishnan will also act as an ambassador for the journal within India, helping to raise the profile of ChemComm and attract the high-quality scientific research being produced from Indian institutes. 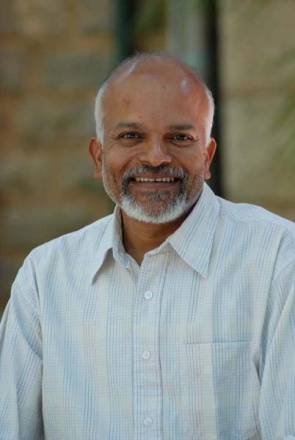 Submit your next high-quality communication to Ramakrishnan’s Editorial Office.

After a two-year postdoctoral stint at the Corporate Research Laboratory of Exxon Research and Engineering Company at Annandale, New Jersey, he took up a faculty position in the Department of Inorganic and Physical Chemistry at the Indian Institute of Science, Bangalore, where he is currently a full professor.

His research interests are in the areas of design and development of novel polymerization methods, hyperbranched polymers, polymerizable surfactants, understanding and regulating conformation of synthetic macromolecules in solution and conjugated polymers.

An interview with Richard Schrock 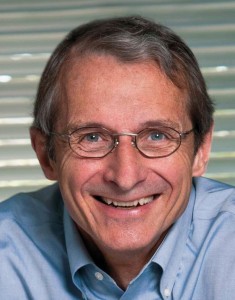 What’s your earliest memory of chemistry?

When I was eight, my older brother Ted gave me a chemistry set. He was attracted to chemistry and thought I might be too. He was right.

Why did you decide to become an academic?

I wanted to change the world on the basis of what I thought was important to do, and I felt that I could only do that in an academic environment. I also wanted to mentor students, teach, lecture, and travel. The life of an academic is simply a more satisfying and broader life, in my opinion.

What are you currently working on in the lab?

A few years ago we discovered new olefin metathesis catalysts – they’re letting us do reactions that couldn’t have been done before, and that are virtually unique to molybdenum and tungsten catalysts, as opposed to ruthenium.

We’re also still trying to improve the catalytic reduction of dinitrogen to ammonia by molybdenum catalysts that we discovered about ten years ago.

Why did you accept the role as Chair of ChemComm?

I think it’s important for me to give back to chemistry some of what chemistry has given me – in the form of service. I’d like to see ChemComm become a journal that is uniformly excellent, and that attracts some of the best papers in competition with other premier journals today.

Even though ChemComm is largely devoted to communications, each article will require all the experimental details that one would expect to have access to, as supporting information, so people can verify and reproduce the work.

In which area in chemistry do you think the next world-shaking advances will be?

Well, predictions of the future are always difficult, and the answer will depend upon what your definition of chemistry is. I often point out that everything in which matter is transformed is chemistry, so that takes care of the latter problem.

If I had to specify the broad areas in which advances will be made, they would include catalysis with metals, and the roles of metals in biology. I hope these will help with what all scientific advances have allowed society to achieve: better health, productivity, comfort, and happiness for all those fortunate enough to take advantage of such progress.

Why do you find chemistry inspiring?

I can make discoveries that potentially change how we view chemistry, at least in some small way. That might be a larger way, though, if I am lucky enough to be in the right place at the right time. Everyone wants to have a shot at changing the world – and, of course, get credit for doing so.

Professor Richard R. Schrock is the Frederick G. Keyes Professor of Chemistry at the Massachusetts Institute of Technology (MIT). In 2005 he was awarded the Nobel Prize in Chemistry (jointly with Yves Chauvin and Robert H. Grubbs) “for the development of the metathesis method in organic synthesis.” He also received the RSC’s Frankland Award in 2004. In January 2012, he began his four-year term as Chair of the Chemical Communications (ChemComm) editorial board.
(This interview is reproduced from RSC News, April 2012)
You can read more from Professor Schrock in a recent ChemComm Editorial and article. 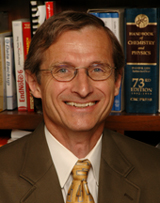 We are delighted to announce that Professor Richard R Schrock is to be our new chair of the ChemComm Editorial Board.

Professor Schrock will take over the post in January 2012. Most of you will know him as the winner of the 2005 Nobel Prize in Chemistry (shared with Y Chauvin and R H Grubbs) – but he has received numerous other awards during his illustrious career, including the RSC’s Frankland Award in 2004.

Of his forthcoming role, he commented: “In my term as chair of the Editorial Board I look forward to continuing to develop ChemComm as the premier source of must-read chemistry.”

A professor of chemistry since 1980, Professor Schrock is currently the Frederick G. Keyes Professor of Chemistry at MIT. In recent years, his research has been focused on the application of alkylidene chemistry towards controlled polymerisation of cyclic olefins, the catalytic reduction of dinitrogen by molybdenum complexes, and synthesis and applications of new monoalkoxide pyrrolide olefin metathesis catalysts.

We’d like to take this opportunity to thank the outgoing chair, Professor E. Peter Kündig, who has skilfully steered ChemComm through a period of tremendous growth in content and impact over the past four years. His term of office ends as the journal moves to 100 issues per year.

Make sure you keep an eye on the latest ChemComm news by signing up for the newsletter or Table of Content alert – or both – on our website.