Cystic Fibrosis (CF) is one of the most common inherited diseases, with 1 in 3000 Caucasians a carrier of the single gene mutation. One feature of CF is abnormally elevated sweat anions, and this feature is exploited in the gold standard diagnostic tests.

However, gold standard in this case does not stand for inexpensive nor ease of use. This leads to limited availability and the requirement for large volumes of sweat; not the easiest of things to get from newborn babies who need to be screened for CF.

In a recent ChemComm article, Xuan Mu, Zhi Zheng and team from the Institute of Basic Medical Sciences at Peking Union Medical College have reported the development of a paper-based analytical device that can detect sweat on the skin using much smaller volumes than current tests.

The team use a colorimetric detection approach with stacked functional papers (paper discs produced with a hole punch). The key element is the anion exchange layer which converts sweat anions into hydroxide ions, leading to a local alkalization and subsequent change in the colour of another pH paper layer. 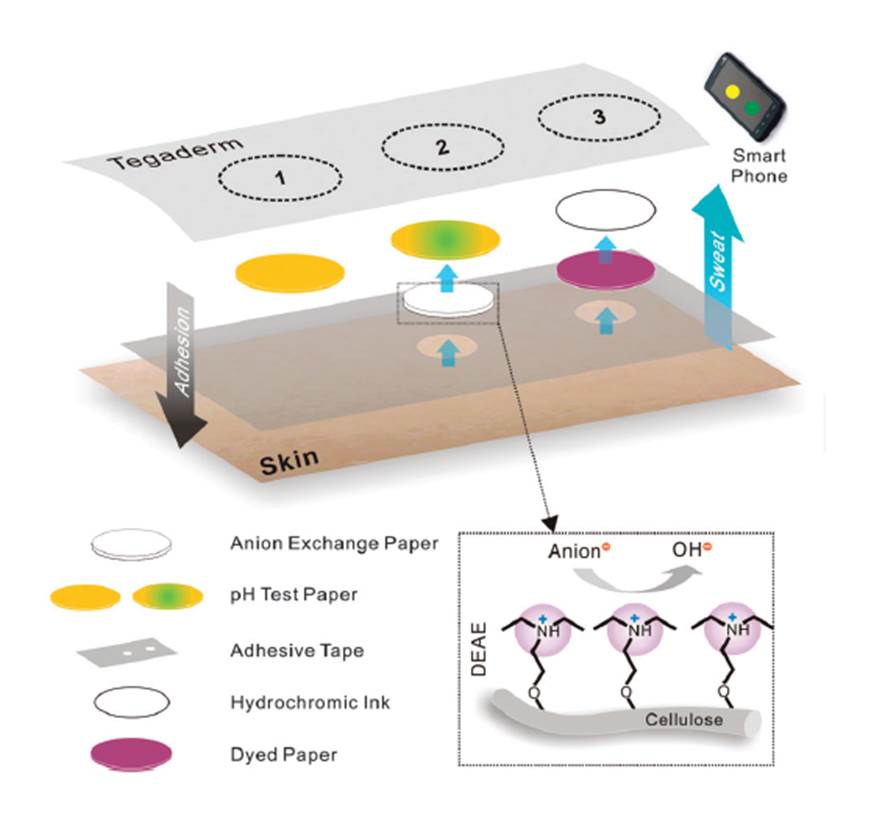 The stacked paper based diagnostic device developed by the authors

The authors have applied their diagnostic device to real patients and can clearly discriminate between CF and non-CF patients with a clinical reference point. With the cost of these tests being less than a dollar and being wearable, the authors have opened up a new opportunity for the screening of CF.

To read the details, check out the ChemComm article in full: