Dr Simon Humphrey (University of Texas at Austin), one of the winners of the 2014 ChemComm Emerging Investigator Lectureship, is currently on his Lectureship tour in three locations in California:

Simon delivered the first of his three lectures, entitled “Noble metal nanoparticles and phosphine coordination materials for heterogeneous catalysis, sequestration and sensing,” last Friday at the University of California in San Diego, where he was awarded with his Lectureship certificate by ChemComm Advisory Board member Professor Seth Cohen. Congratulations, Simon! 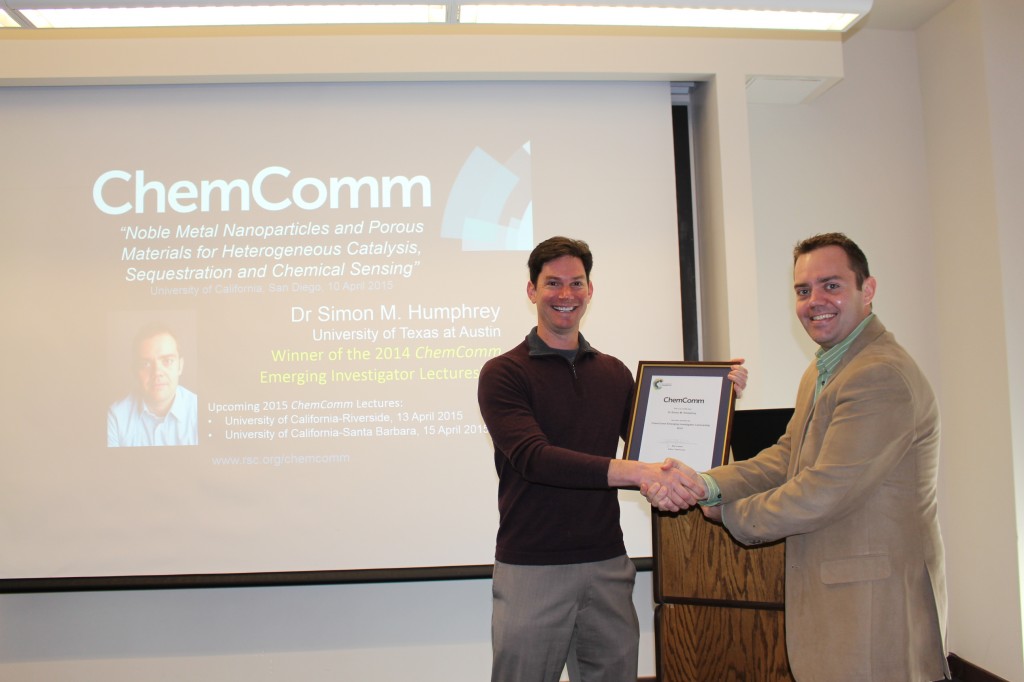 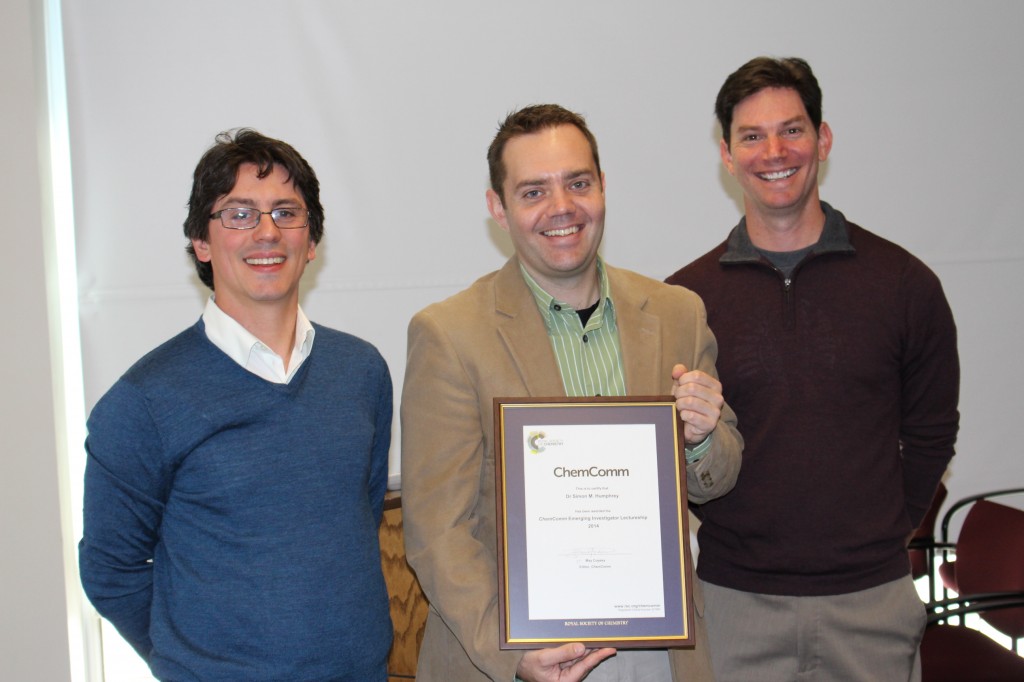 We will be announcing our 2015 winners soon – watch this space!