Professor Louise A. Berben (University of California Davis, USA) was one of the recipients of the 2013 ChemComm Emerging Investigator Lectureships. 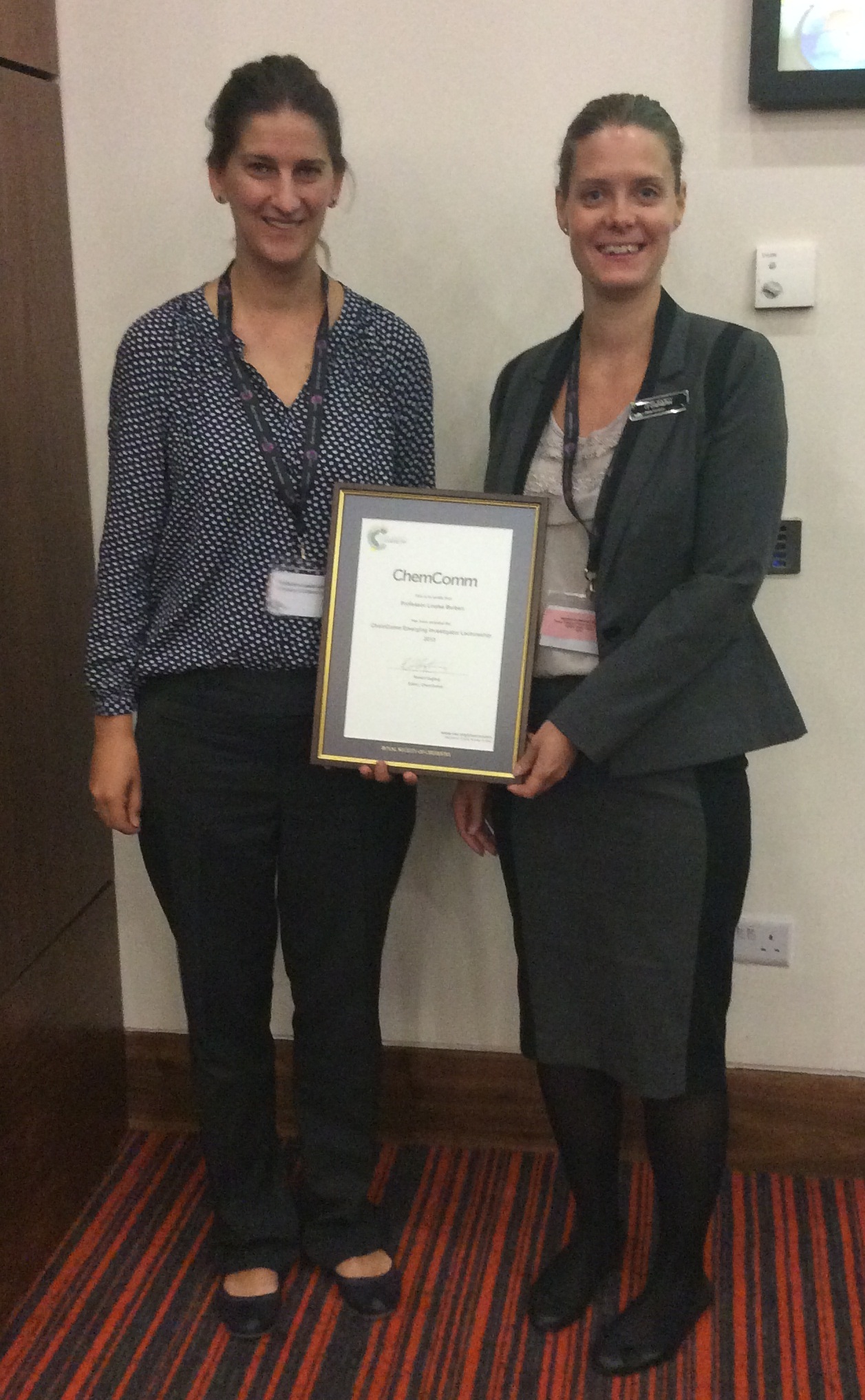 Louise has just completed her lectureship tour which took her to Imperial College London and the University of Bristol in the UK; she concluded her tour by giving a plenary lecture at Challenges in Inorganic and Materials Chemistry (ISACS13), in Dublin, Ireland. Congratulations Louise!