A cloak of many carbons

Catalysts can be exceedingly useful in the real world, from treating our car’s exhaust fumes to creating fertilisers.  There are many ways to make catalysts and even multiple ways to make the same catalyst.  The path that you choose to a catalyst can have a significant impact on the quality of the end product.

Eloy del Rio and team from the Structure and Chemistry of Nanomaterials group at the University of Cadiz in Spain have investigated ceria-based oxide-supported gold catalysts for carbon monoxide oxidation.  The routine for depositing the metal phase onto the oxide support and the subsequent catalyst activation step can ultimately affect the activity of the catalyst.  Catalysts prepared by deposition-precipitation with urea followed by activation under oxidising conditions result in significantly more activity than those prepared under reducing conditions. 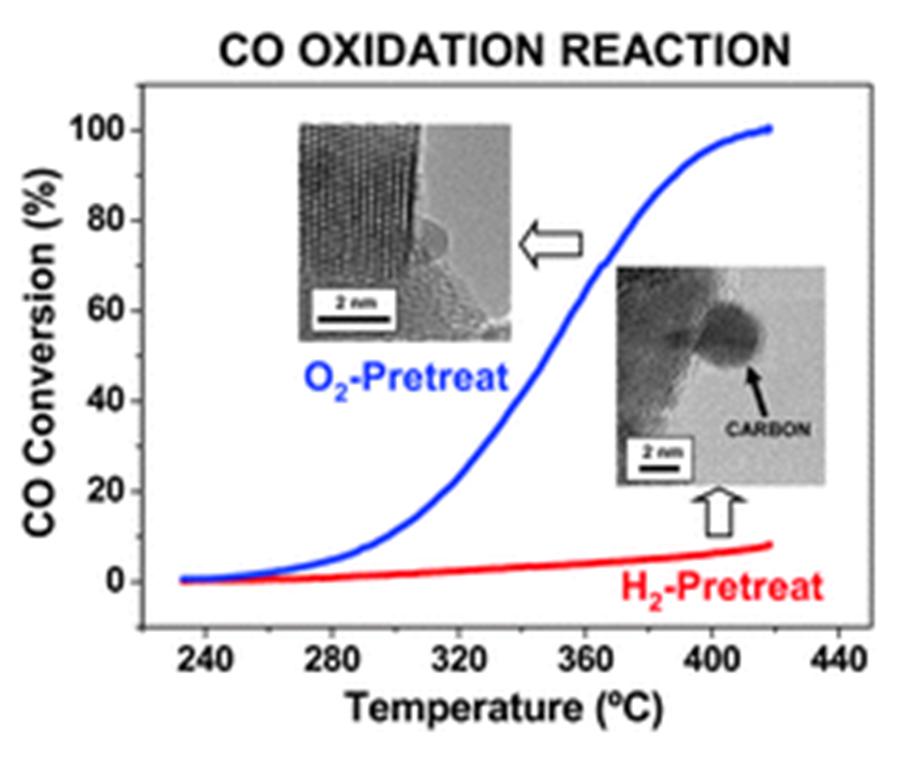 Variation in catalyst activity under oxidising and reducing activation protocols.

This had previously been observed by others, but the reason for the difference was never discussed.  The authors set out to find out why the activity differed.  They used a suite of nano-analytical and nano-structural techniques to probe the catalysts, finding that the catalyst prepared under reducing conditions had a coat of amorphous carbon which severely hampered the catalyst activity.  This could be removed by a re-oxidation treatment that burnt away the carbon layer and produced an active catalyst similar to the one produced under oxidising conditions.

The precipitating agent used in the synthesis can also influence the resulting activities of catalysts prepared via the deposition-precipitation method.  No difference between oxidising and reducing activations is observed when sodium carbonate is used in place of urea.

To read the details, check out the ChemComm article in full:

Iain Larmour is a guest web writer for ChemComm.  He has researched a wide variety of topics during his years in the lab including nanostructured surfaces for water repellency and developing nanoparticle systems for bioanalysis by surface enhanced optical spectroscopies.  He currently works in science management with a focus on responses to climate change.  In his spare time he enjoys reading, photography and art.