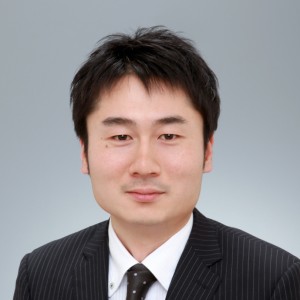 The annual prize, sponsored by ChemComm and named in honour of the winners of the 1987 Nobel Prize in Chemistry, recognises significant, original and independent work by emerging investigators in supramolecular chemistry.

This year the prize is awarded to Professor Ogoshi for his pioneering work in macrocyclic and supramolecular chemistry and, in particular, for his groundbreaking research on pillar[5]arenes, a new class of macrocyclic compounds.  “I’m really honoured to receive the 2013 Cram Lehn Pedersen Prize,” says Professor Ogoshi.  “Cram, Lehn and Pedersen were great pioneers in the synthesis of macrocyclic hosts, and thus receiving this prize is also a great honour for pillararene chemistry.  I hope this will someday place pillararenes alongside other well-known macrocyclic hosts.”

Professor Ogoshi will receive £2,000 and will present his award lecture at the 8th International Symposium on Macrocyclic and Supramolecular Chemistry (8-ISMSC) in Crystal City, Virginia, USA from 7-11 July 2013.  He will also speak at other events during the year– keep an eye on this blog for more details.

“With the introduction of a new class of macrocycles, the pillararenes, Professor Ogoshi has started another area of host-guest molecules,” says Professor Roger Harrison, Associate Professor at Brigham Young University and Secretary of the ISMSC International Scientific Committee.  He adds, “The over 90 publications on these molecules since they were introduced in 2008, show the fascination and possibilities these molecules afford.  Professor Ogoshi’s introduction of these new molecules, along with his insights, creativity, and persistence make him one of the most exciting and up-and-coming supramolecular chemists to follow.  I congratulate Prof. Ogoshi on receiving this award and look forward to seeing more of his discoveries.” 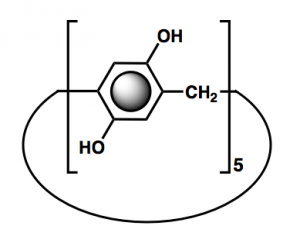 “Ogoshi has created a new class of easy-to-make macrocycles, pillar[5]arenes, with a novel cross section of properties,” says Professor Amar Flood (Indiana University), a member of the ISMSC International Committee and 2011 Cram Lehn Pedersen Prize winner.  “Ogoshi has highlighted the properties and features of pillararenes in a series of papers and we are now seeing many others in the field of supramolecular chemistry moving forwards with these compounds in their own research endeavors.”

Early bird registration for 8-ISMSC closes on 15 April 2013, so do hurry and register online.  You can listen to Professor Ogoshi’s lecture, get to meet a mix of established and younger researchers in supramolecular and macrocyclic chemistry, and you may even submit an abstract to present a short talk or a poster to showcase your work.  ChemComm‘s own brilliant and dynamic Deputy Editor Jane Hordern will be at the symposium – let us know if you’ll be there, too.

Find out more about Professor Ogoshi’s innovative research by reading his recent articles in Chemical Science and in ChemComm: