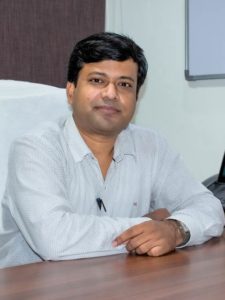 Surajit Ghosh was born in West Bengal, India. He studied Organic Chemistry at the University of Calcutta, India, and gained his Master of Science in Organic Chemistry in 2000. Then, he moved to Syngene International Pvt. Ltd (Biocon INDIA Group) and worked as a Scientist till July 2004 on a drug discovery project. Subsequently, he moved to the Indian Institute of Technology, Kanpur in August 2004 for his doctoral studies in the group of Prof. Sandeep Verma in the area of Peptide Self-assembly.

After completing his Ph.D. in July 2008, he received a postdoctoral fellowship at the Cell Biology and Biophysics Division of European Molecular Biology Laboratory, Heidelberg, Germany with Dr Thomas Surrey (August 2008), where he worked on the organization of microtubule and molecular motor proteins till December 2010. He joined CSIR-Indian Institute of Chemical Biology Kolkata, India in 2011, and worked as a Principal Scientist till July 2019. Subsequently, he joined as a Professor in the Department of Bioscience and Bioengineering at the Indian Institute of Technology Jodhpur in July 2019. He is a recipient of the BIOCON Tribute award, EMBL Fellowship, Alexander von Humboldt Fellowship, Ramanujan Fellowship, Indian Peptide Society Young Scientist Award, Asima Chatterjee Young Scientist Award, Syamasri Gupta Young Scientist Award, CSIR-CDRI Award for Excellence in Drug Research (2020) and SERB-STAR Award (2020). He is an elected Fellow of the Royal Society of Chemistry (2016), and the West Bengal Academy of Science and Technology (2018). At IIT Jodhpur he is leading his group with current research focus on the areas of Chemical Neuroscience, Chemical Biology and the Development of Biophysical Platform/Biosensor. 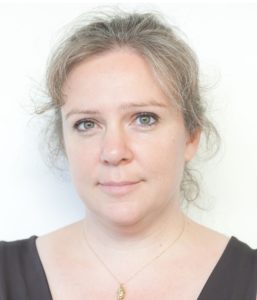 Fabienne Dumoulin is a faculty at the Department of Biomedical Engineering of Acibadem Mehmet Ali Aydınlar University. She studied first biology, graduated in biochemistry then completed her PhD with a European Label in Organic Chemistry at the Université Claude Bernard Lyon 1, France (2002). After a post-doc in Pisa, Italy, she settled in Turkey in 2005. She has been awarded several Young Scientist Awards: TUBA-GEBİP from the Turkish Academy of Sciences (2015), BAGEP from the Bilim Akademisi (2015) and the Mustafa N Parlar Foundation of METU (2016). She guest-edited a themed issue ‘Nano- and Molecular Engineering of Photosensitisers’ for Photobiol. Photochem. Sci. (Nov 2018), has co-edited the book series “Porphyrin Science by Women” published in January 2021, and recently contributed to the book series Fundamentals of Porphyrin Chemistry: A 21st Century Approach. She has co-authored 85+ publications (research articles, reviews and book chapters), and has supervised a dozen of Master and PhD students so far. She is an associate editor of RSC Advances since 2015.

Her research interests focus on the design and synthesis of tetrapyrrolic derivatives, mainly phthalocyanines for photodynamic therapy to treat cancer and combat AMR, either molecular or with nanotechnology. She is also interested in the energy and catalytic applications of phthalocyanines. 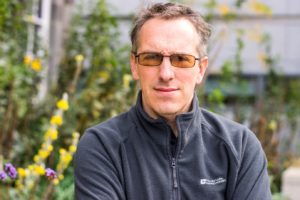 Dr Bob Baker was born in Blaenavon, South Wales. He completed his undergraduate degree at the University of Warwick and his PhD studies under the supervision of Prof. P. G. Edwards at Cardiff University (1997-2001) on early transition metal triphosphamacrocycles. He then worked as a postdoctoral research fellow with Prof. Cameron Jones (2001-2005), working on low oxidation state group 13 compounds, followed by an Alexander von Humboldt Research Fellowship held at the Technische Universität Braunschweig, working with Prof. Dr. Matthias Tamm on substituted cyclohepatrienyl early transition metal complexes. From 2006-2008 he was a Lecturer in Inorganic Chemistry at Nottingham Trent University, before moving to Trinity College in January 2009. His research interests are in fundamental and applied actinide chemistry and the development of new transition metal complexes for catalysis.

Submit to RSC Advances today! Check out our author guidelines for information on our article types or find out more about the advantages of publishing in a Royal Society of Chemistry journal.

Keep up to date with our latest Popular Advances, Reviews, Collections & more by following us on Twitter. You can also keep informed by signing up to our E-Alerts.