RSC Advances Science Communications: Detection and quantification of dioxins and furans in foods

Persistent organic pollutants (POPs) are harmful compounds resistant to biological, chemical and photolytic degradation. They are persistent in the environment especially in soils, sediments and air for several decades. Due to their toxicity, they pose a significant threat to animal, human and environmental health, as they accumulate in the fatty tissues of humans and animals. In humans, POPs have been linked to adverse health effects, such as alterations in the development of reproductive, endocrine, neurological, and immune behavior. In animals, they have caused disease and abnormalities, including certain types of birds, fish and mammals.

Dioxin-like compounds have been classified as POPs by the World Health Organization (WHO) and the US Environmental Protection Agency (USEPA) due to their hazardous properties including long shelf life, global distribution, accumulation and bioamplification in food chains; and its toxicological effects in humans, such as teratogenesis, tumor promotion, and modulation of the immune system. The POPs present in the environment have generated great interest within the scientific community due to their toxic effect, both for animal and human health.

Polychlorodibenzo-p-dioxins (PCDDs) and polychlorodibenzofurans (PCDFs) are compounds with similar chemical properties: they are organic solids, with high melting points and low vapor pressure, have extremely low solubility in water and are adsorbed strongly on particulate matter surfaces. Polychlorinated biphenyls (PCBs) are a group of organic chemical compounds that can cause a number of different adverse effects, and there are no known natural sources of PCBs in the environment. Although biphenyls are oily liquids or solids with an appearance that varies from colorless to light yellow, some PCBs are volatile and can exist as vapor in the air. PCBs have no known odor or taste, they enter the environment as mixtures containing a variety of individual components of polychlorinated biphenyls. They do not degrade easily and therefore remain for a long time, and can be easily detected in air, water and soil. Among the harmful effects they cause on human health, such as immune and neurological dysfunctions, they are also classified as possible human carcinogens and toxic in reproduction.

Currently, there are numerous gaps with respect to knowledge about these substances, in particular about methodologies for their detection and quantification, as well as about the levels that are potentially dangerous for humans. For this reason, the development, fine-tuning and validation of new methodologies that allow innovation and improvement of novel traceability systems for these compounds is of great interest. With the advent of sophisticated chromatography techniques, the development of innovative and alternative highly sensitive analytical methods for trace analysis of these compounds is a challenge.

Finally, it is of great importance to note that there are no laboratories in Argentina with analytical methodologies that detect and quantify these analytes, which is why they become so important and of great interest to study. In this way, it would allow to have the first bases for the quality control of products of agri-food origin for export and/or of the domestic market, and the great economic impact that it generates on their traceability.

About the Web Writer: 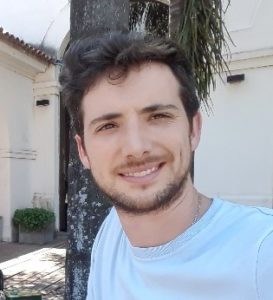 Cristian M. O. Lépori is Doctor in Chemical Sciences and is currently a researcher at JLA Argentina S.A., General Cabrera – Argentina. He researched and developed analytical methods for the detection of contaminants in food, water, and soil. He likes to plan, organize and carry out science dissemination activities. You can find him on Twitter at @cristianlepo.