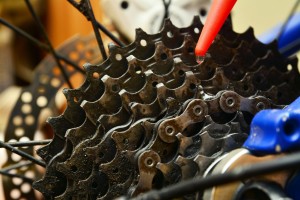 We are pleased to present to you this themed RSC Advances collection on Tribology.  The field of tribology is where chemistry and mechanics meet.  It represents a challenging cross-disciplinary arena focusing on the widely recognized problems associated with friction, adhesion and wear that impact a range of materials systems, from machined engine parts, to space craft and satellites, to medical implants, to micro and nanoscale machine technologies. The energy losses in machines through friction and wear also represent a significant economic impact, solutions to which could dramatically aid in the ever increasing challenges of the energy needs of modern society.

In this themed collection, work in the area of tribology is presented across the spectrum from applied to fundamental and computational studies of materials systems.

The coupling of detailed measurements such as those outlined above with simulations has also led to exceptional insight into many fundamental questions in tribology.  For example, how basic chemical functionality, i.e. H- vs. F- passivation of diamond-like carbon films impacts frictional properties, has been examined (RSC Adv., 2014, 4, 33739).  Dry adhesion effects, such as those present in natural systems (e.g. gecko feet), can be explored using peeling simulations (RSC Adv., 2014, 4, 25447).  Also the organization of molecular adlayers, entailing the balance of forces acting between adsorbates and adsorbate and substrate, have been explored in great detailed using molecular dynamics simulations (RSC Adv., 2014, 4, 16803) to aid in picturing energy dissipation in nanoscopic contacts.

Again, tribology is a very challenging interdisciplinary field and we hope that you find the work presented in this themed issue an inspiring snapshot of the many fascinating problems and challenges that remain to be explored where chemistry and mechanics meet.

Read the full collection on the RSC Advances website!