We are delighted to announce Professor Zhibo Li (Qingdao University of Science and Technology,) as a new Associate Editor for Polymer Chemistry! 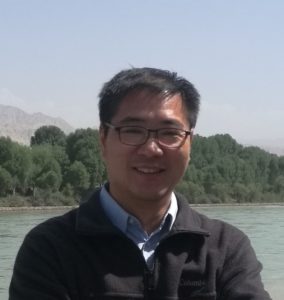 Zhibo Li obtained his B.S. (1998) and Master (2001) degree from the University of Science and Technology of China (USTC). He then completed his Ph.D. working on self-assembly of triblock copolymers in the Chemistry Department, University of Minnesota in 2006. After that, he spent two and half years in UCLA as a postdoctoral scholar. In 2009, he became a professor in the Institute of Chemistry, Chinese Academy of Sciences, and moved to the Qingdao University of Science and Technology in 2015. He was winner of the National Science Fund for Distinguished Young Scholars (2012), and became the Fellow of Royal Society of Chemistry (2018). His research interests include design and synthesis of stimuli-responsive polypeptides, preparation of biodegradable polyesters from biobased monomers, developing organocatalysts and phosphazene  superbase for ring opening (co)polymerization of cyclic esters and epoxides, and studying the self-assembly of copolymers with multi-hydrogen bonding interactions.

Read some of his recent articles below for FREE until 17th January!

As a Polymer Chemistry Associate Editor, Zhibo will be handling submissions to the journal.

Why not submit your next paper to his Editorial Office?