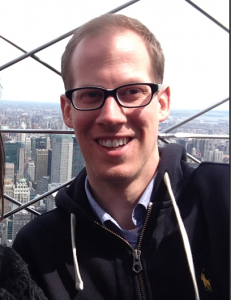 Prof. Dr. Ir. Bruno De Geest graduated as Chemical Engineer in 2003 from Ghent University where he obtained his PhD in pharmaceutical sciences in 2006 on polyelectrolyte multilayer capsules for biomedical applications. For his PhD work he was awarded the graduate student award for pharmaceutical technology from the AAPS and the Andreas Deleenheer award from Ghent University. After 2 years of postdoctoral research at Utrecht University (The Netherlands) he returned to Ghent University at the Department of Pharmaceutics. From October 2012 onwards he is appointed as professor in Biopharmaceutical Technology.​​ Bruno De Geest has authored over 90 papers and his research group focus on the interface between materials science and life science with a particular interest in polymer chemistry, immunology and anticancer therapy.

Chemistry offers a scientist the ability to create things using molecular scale building blocks, which appeared a very attractive concept to me. I’m a chemical engineer, thus not a hard core chemist by training. In 3rd year at university we had organic chemistry and later on polymers taught by Filip Du Prez who was then just appointed as professor. These courses awakened a strong interest in polymer chemistry and this interest still fuels the ambition of our lab to create new materials that could hopefully be of benefit for human medicine.

One of the main focuses of our research group in nanoparticulate vaccine delivery. While endeavoring to attach vaccine antigens to polymeric nanoparticles we noticed that the efficiency of conjugating a polymer to a protein is disappointingly low. Therefore we decided at comparing head-to-head different conjugation chemistries based on functional RAFT chain transfer agents for grafting-onto protein conjugation. The message of our paper is twofold. Firstly it gives a guide to which chemistries as more efficient than others, at least for the specific cases we have tested. Secondly, it urges the need for more efficient polymer-protein conjugation strategies.

Polymer Chemistry has high visibility in the chemical and materials science community and publishes a high number of papers dealing with topics on controlled radical polymerization and biomedical applications. In addition, the paper will be published as part of the upcoming Emerging Investigator Issue. I’m delighted to contribute especially with this paper as it is a signature paper for our current research line.

I’m attending the ACS Spring Meeting in Denver in March where together with Prof. Aaron Esser-Kahn we are organizing a POLY symposium on ‘Interacting with the immune system using polymeric systems’.

I’m a keen cyclist and a love to ride with my race bike trough the Flemish Ardennes. This region south of Ghent towards the Walloon border is well known for the spring cycling classics and it is a privilege to ride the same roads and climb the same cobblestone hills as the pro cyclists.

I think I would have studied sciences anyway, but in stead of becoming a researcher I would like be a teacher. I have always enjoyed working together with young people.

Abstract: Efficient polymer-protein conjugation is a crucial step in the design of many therapeutic protein formulations including nanoscopic vaccine formulations, antibody-drug conjugates and to enhance the in vivo behaviour of proteins. Here we aimed at preparing well-defined polymers for conjugation to proteins by reversible addition–fragmentation chain transfer (RAFT) polymerization of both acrylates and methacrylamides with protein-reactive chain transfer agents (CTAs). These RAFT agents contain either a N-hydroxysuccinimide (NHS) or pentafluorophenyl (PFP) ester moiety that can be conjugated to lysine residues, and alternatively a maleimide (MAL) or pyridyl disulfide (PDS) moiety that can be conjugated to cysteine residues. Efficiency of the bioconjugation of these polymers to bovine and avian serum albumin was investigated as a function of stoichiometry, polymer molecular weight and the presence of reducing agents. A large molar excess of polymer was required to obtain an acceptable degree of protein conjugation. However, protein modification with N-succinimidyl-S-acetylthiopropionate (SATP) to introduce sulfhydryl groups onto primary amines, significantly increased conjugation efficiency with MAL- and PDS-containing polymers.