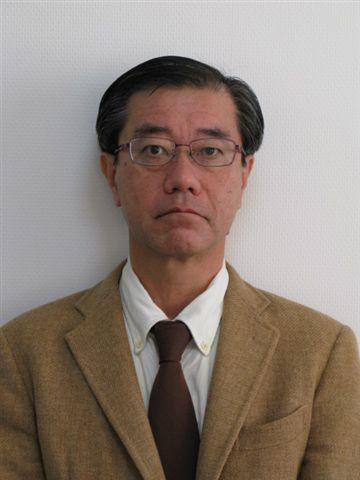 Yasuyuki Tezuka is Professor of Tokyo Institute of Technology.  He is a graduate of The University of Tokyo, and received his doctorate degree from Ghent University (Belgium) in 1982.  He then joined Nagaoka University of Technology (Japan) as an assistant professor.  In 1994, he moved to the Tokyo Institute of Technology, and has been a professor since 2003 in the Department of Organic and Polymeric Materials.  He received Tokyo Tech Award of Best Teacher, 2004, and The Award of the Society of Polymer Science, Japan (2010).  He has served as an Asian Editor of Reactive and Functional Polymers since 2006.  His current research is focused on topological polymer chemistry, in particular on the design of topologically unique macromolecular architectures, and of novel polymer materials by their topology effects.

Please follow the link to get more information of Yasuyuki’s research group and his recent paper in Polymer Chemistry.

What attracted you to follow a life-course to become a chemist?

Almost 30 years ago in 1979, I left Tokyo to join in a lab in a Belgian university as a doctorate student.  That time was still good-old-days for university research in Europe.  I was fascinated by and decided to pursue academic course.  Therefore, I was not smart enough to anticipate a rapid change of university researches into a hungry-business.  I feel now, however, that I was lucky to go with chemistry, in particular synthetic polymer chemistry, offering excitement to create something so small and invisible but convincingly proved and eventually testable in macroscopically.  I am also thankful for my respectful mentors to encourage me to follow chemistry as a life-long amusing business.  Thus, I gratefully acknowledge Professors, Teiji Tsuruta, Shohei Inoue and Eric Goethals.

What was the motivation behind the research in your recent Polymer Chemistry paper? (DOI: 10.1039/C1PY00088H)

A class of macromolecular constructions having single-cyclic (ring) or multi-cyclic polymer units has been a synthetic challenge, though they are regarded geometrically primitive due to their small junction and terminus numbers.  For more than a decade we have been fascinated and involved in a project to make them smartly despite their immediate applications unforeseeable.  In our review in Polymer Chemistry, we have shown recent synthetic breakthroughs and I am happy to include our own, namely an electrostatic self-assembly and covalent conversion (ESA-CF) process among such developments.  Topological Polymer Chemistry has now provided innovative opportunities, not only to bring new insights in the frontier of basic polymer chemistry and physics, but also to disclose unusual properties and functions based on their cyclic topologies, i.e., topology effects, unattainable either by linear or branched counterparts.

I am thankful to Prof. Barner-Kowollik, an editorial board member of the journal to offer us a valuable opportunity to summarize recent achievements in Topological Polymer Chemistry.  Also, I am impressed by a variety of competitive measures continuously introduced by the journal, through which this relatively young journal has promoted quickly into the leading position.

In which upcoming opportunities may our readers meet you or catch up your work ?

We are still experiencing prolonging aftermath of rare disasters caused not only by natural but also by human origins.  We are now rebuilding ourselves quickly back to normal university life, to welcome overseas colleagues for scientific visits to us in Tokyo.  Meanwhile, I am now working to edit a book, which hopefully becomes a follow-up of a seminal work of the late Dr. Semlyen (Cyclic Polymers, 2nd Ed).  The title of the Book will be; Topological Polymer Chemistry / The progress in cyclic polymers: Synthesis, Properties and Functions.

Taking care of, and hoping to better communicate with B – -, a selfish cat at home, with only occasional success.

A teenager, at the student-riot period of 1960-70s in Japan, was likely a follower of such now-passed stars like, Shuji Terayama (an avant-garde artist, as well as a haiku- and tanka-poet writer), Yasujiro Odzu (movie director) in addition to Che Guevara, Leon Trotsky, – –