Article written by Saiful Islam, JMC A Advisory Board member

To be the Royal Institution Christmas Lecturer for this 80th anniversary year has been a huge honour and I was excited that our celebration of energy offered a wonderful opportunity to explain how current research on clean energy technologies is founded on the RI’s rich heritage of discovery by greats such as Michael Faraday. It’s amazing to think that I presented the CHRISTMAS LECTURES 80 years after they were televised for the first time in 1936 at Alexandra Palace, walking distance from where I grew up in Crouch End, north London. 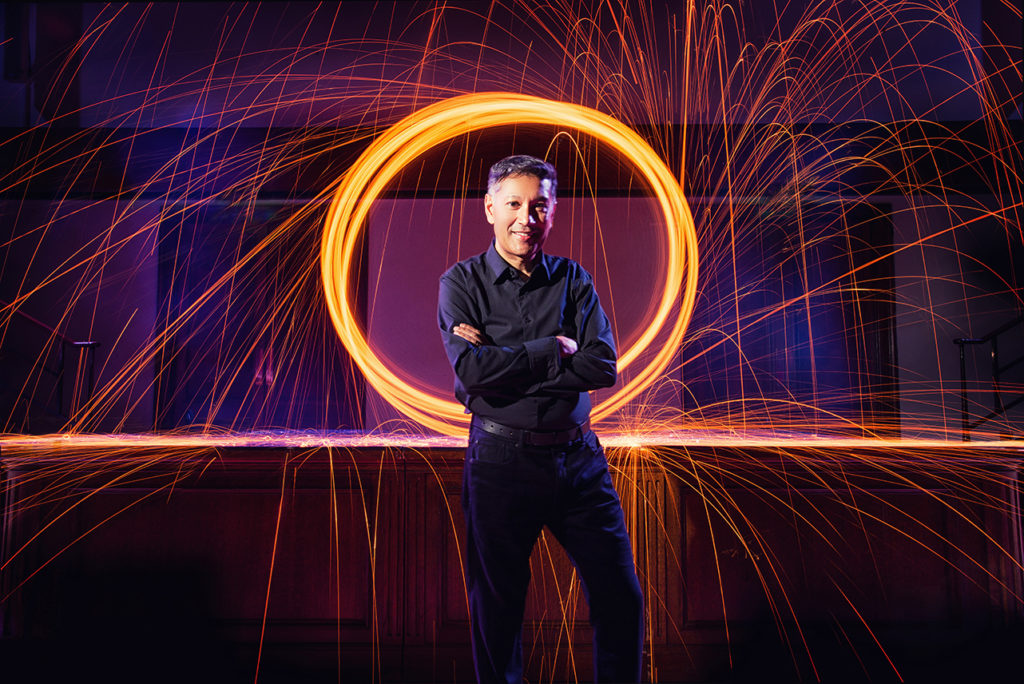 The preparations and filming for the BBC broadcast were challenging and stressful, but working with great teams at the Ri and Windfall Films was lots of fun. I think I felt the added pressure (and expectation) compared to a conference talk or university lectures, since these lectures were for the BBC and going out to a TV audience of millions of people all over the country.

In the end, it was an exciting experience to do a range of visual (and dangerous) demonstrations with the help of former Christmas Lecturers as special guests. There were lots of memorable moments for me including Richard Dawkins facing a spikey pendulum, Monica Grady in a Faraday cage, Danielle George in a fast Tesla car, the Rube Goldberg cascade, seeing my insides with a capsule endoscope and achieving a Guinness world record lemon battery (using more than 1,000 lemons!).

Like an electric spark, I hope the lectures ignited a spark of excitement and deeper understanding of energy. I also want children to understand that the pursuit of science is the proper way to unravel the mysteries of the world around us, and is full of beauty and exciting discovery. I’d also like people to understand that chemistry plays a crucial role in developing new, clean energy technologies, one of the biggest challenges facing our society today.

It’s been a real privilege to follow in the footsteps of the scientists I’ve grown up reading about and watching on television like David Attenborough, Nancy Rothwell and Carl Sagan. So I am thrilled to be the latest on that list. 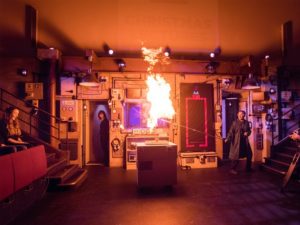 Saiful is Professor of Materials Chemistry at the University of Bath with research interests in the area of advanced computer modelling of new materials for lithium batteries and perovskite solar cells. He is one of the RSC 175 Faces of Chemistry and recipient of the 2013 RSC Sustainable Energy Award. 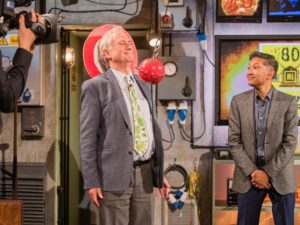