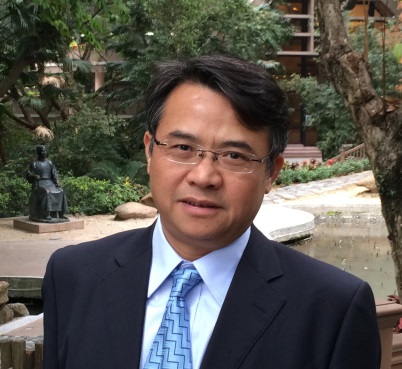 Professor Zhigang Shuai received his Ph.D. from Fudan University in 1989 and is currently the Changjiang Scholar Chair Professor in the department of chemistry at Tsinghua University, China. Prior to this he worked as a postdoctoral and research associate in the University of Mons, Belgium, for 11 years before he became a Hundred-Talent research professor at the Institute of Chemistry, Chinese Academy of Sciences in 2002.

His research interests focus on the development of computational methodologies for modeling functional materials and he extended the density matrix renormalization group theory for the excited state structures, light-emitting property, and nonlinear optical responses for conjugated polymers. Zhigang has devised computational schemes for

the luminescence spectra and quantum efficiency, carrier mobility, thermoelectric conversion, and photovoltaic processes in organic/polymeric and layered nanomaterials and has published over 310 paper in peer-reviewed journals and supervised 18 PhD theses.

Zhigang was elected to the International Academy of Quantum Molecular Science, is a Fellow of the Royal Society of Chemistry, Foreign Member of the Academia Europaea and the Royal Academy of Sciences, Letters and Arts of Belgium and he serves as a member of the Executive Council of the Chinese Chemical Society. He was the recipient of the National Outstanding Young Investigator‘s Fund (2004), National Talent Program of the Ministry of Personnel (2006), the Chinese Chemical Society – AkzoNobel Chemical Sciences Award (2012), and the Special Allowance from the People’s Republic of China State Council (2013).

A selection of recent papers include: