Archive for the ‘Themed issue’ Category

Guest Editors Drs Tanmay Lele (Texas A&M University, USA) and Anna Taubenberger (TU Dresden, Germany) would like to extend an invitation to all researchers working on the forefront of soft matter and cancer research, to contribute an article of their work to an exciting upcoming special collection of Soft Matter, dedicated to the soft matter aspects of cancer.

Submissions are open from now until 15 November 2021.

This collection will include, but is not limited to, cancer cell mechanics, mechanobiology, tissue mechanics and bioengineered models of cancer. We are happy to consider emerging technologies in the field, and both experimental and theoretical studies are welcomed.

If you wish to submit to the collection, please contact softmatter-rsc@rsc.org to receive a personal submission link.

Please note all manuscripts must be within scope for the journal and will be subject to the journal’s standard rigorous peer review procedures, managed by the journal editors.

Accepted manuscripts will be added to the online collection as soon as they are online and they will be published in a regular issue of Soft Matter.

If you have any questions, please contact us at softmatter-rsc@rsc.org 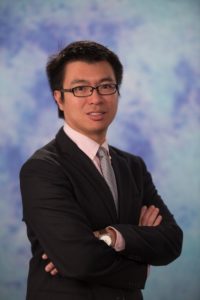 This week’s issue of Soft Matter is our 2019 Emerging Investigators issue, which contains articles from soft matter researchers in the early stages of their independent careers and is accompanied by an Editorial from Editor-in-Chief Professor Darrin Pochan. In order to celebrate this issue, we are delighted to feature the profile of Professor LaShanda Korley, who published in our 2017 Emerging Investigators issue. Below, LaShanda discusses her research from the issue and how it fits into her overall research interests. 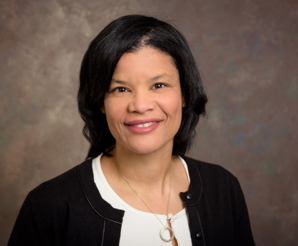 “Biomimicry is the underlying theme of my research program. We apply bio-inspired principles towards the design of responsive and mechanically-tunable polymeric systems.  This strategy is highly interdisciplinary, integrating many aspects of soft matter chemistry, physics, biology, and engineering.   Soft Matter is an ideal publication platform for this research, from the unique scope of the journal to the breadth of reviewer expertise. In the 2017 Emerging Investigator issue, hygromorphic, bilayer actuator composites inspired by seed pods were highlighted, combining concepts of interfacial assembly, transport, and manufacturing in active and passive soft components.1 This fundamental investigation was translated to the design of hygromorphic materials with aligned, active elements for controlled actuation.2 Other biomimetic avenues explored by my research team have also been published in Soft Matter, including peptide hybrid materials,3 templating in multilayered films4, and molecular gel assembly in polymer composites.5  As Director of the NSF PIRE: Bio-inspired Materials and Systems, I also lead an interdisciplinary team of US and Swiss researchers that are inspired by natural materials, such as the sea cucumber, caddisfly silk, and the extracellular matrix, towards the design of dynamic and tunable materials for soft robotics.”

Biography
LaShanda T.J. Korley recently joined the Departments of Materials Science and Engineering, and Chemical and Biomolecular Engineering at the University of Delaware as a Distinguished Associate Professor.  Previously, she held the Climo Associate Professorship of Macromolecular Science and Engineering at Case Western Reserve University, where she started her independent career in 2007. Her research program involves utilizing design rules from Nature in the development of mechanically-enhanced and tunable materials. She is the PI of the NSF PIRE: Bio-inspired Materials and Systems.

Presenting a themed collection on electrostatics and soft matter

The full collection contains contributions from many of Per’s former colleagues, as well as other leaders in the field and we have highlighted some of these articles below: 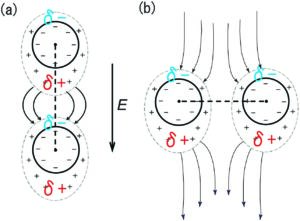 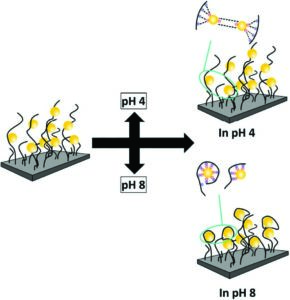 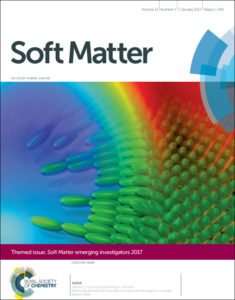 Issue 1 of Volume 13 of Soft Matter is an Emerging Investigators special issue, highlighting the recent work of leading researchers in the field who are in the earlier stages of their careers as group leaders.

The collection showcases both experimental and theoretical work from around the globe, and features investigations across a wide diversity of soft materials, including polymers, liquid crystals, nanoparticles, foams, emulsions and biological matter.

Check out the Editorial by Executive Editor Neil Hammond.

A few articles from the themed issue are highlighted below

Take a look at the ‘Silk and silk-inspired materials’ web collection, a joint venture by Biomaterials Science and Soft Matter.

Are you interested in why spider silk is so strong? Or maybe you’re intrigued to find out how silk can be utilised in cell delivery? Whatever your curiosity be sure to check out the ‘Silk and silk-inspired materials’ web collection and find out why this growing area of research is proving so popular!

The web collection features articles from both Biomaterials Science and Soft Matter by leading authors from around the world. The collection contains a range of article types which cover the properties and rheology of silk-inspired materials as well as investigations into the surface properties of spider silk particles. Please follow the link to read all the articles in this popular area of research.

Themed issue on Interfacial Dynamics in Foams and Emulsions

Issue 36 of Soft Matter is a very special themed issue on interfacial dynamics in foams and emulsions, published in celebration of the career of Dominique Langevin, whose work has done much to advance the understanding of these soft matter systems.

The themed issue is Guest Edited by Anniina Salonen, Wiebke Drenckhan and Emmanuelle Rio (Université Paris-Sud, France) – read their introduction to the issue in the Editorial.

Take a look at our new web collection, celebrating the excellent research presented at the 2013 International Soft Matter Conference and the very healthy state of the soft matter field.

This collection of articles is Guest Edited by Sofia Kantorovich (University of Vienna) and Emanuela Zaccarelli (CNR-ISC, Sapienza Universita di Roma).  It comprises papers from a selection of talks and posters that were presented at  the 3rd International Soft Matter Conference, held in Rome on 15-19 September last year.

The collection reflects the variety of topics discussed at the conference, and includes articles on colloids, gels, biomaterials such as DNA and cells, crystals and glasses.  It highlights novel experimental methods, theoretical approaches and advanced simulation techniques, and provides an insight into both equilibrium and out-of-equilibrium behaviour of soft matter.

Over the last two decades, the role of spatial coordination has increasingly moved into the focus of researchers working on biological systems. Using tools from materials science, it has been revealed that the amazing capacity of biological systems to organize themselves strongly depends on the way the environment is spatially structured. For this themed issue, researchers from the biophysics, biophysical chemistry, cell biology and bioengineering communities were invited to contribute studies based on spatially controlled environments which can be used as modulators, control elements or sensors for the self-organized assembly of proteins, cells and tissue. Below are just some of the excellent papers we received:

Reconfigurable soft matter systems are distinguished by their remarkable ability to sense and respond to external stimuli or changes in the environment by readjusting their morphology and/or functionality. Published last week, the Soft Matter themed issue on Reconfigurable Soft Matter highlights the new advances in designing and creating such materials. Guest Editors Anna Balazs and Joanna Aizenberg introduce the issue in their Editorial.

Here is a small sample of the excellent review, communication and full articles contained within the themed issue: