Taking an unconventional approach to biocatalysis has allowed scientists in Italy to improve enzyme recyclability with a solvent-free reaction mixture. And by emphasising a need to design processes, biocatalysts and reactors together, instead of separately, they hope to widen the industrial applications of nature’s catalysts.

Lucia Gardossi, from the University of Trieste in Italy, has been investigating solvent-free reaction mixtures, which appeal to industry because of their comparably small production volumes and lack of organic solvents to dispose of. Although their efficiency and selectivity are attractive, biocatalysed versions of industrial reactions are rarely economically viable. The typically viscous reaction mixtures require vigorous mixing, which damages the enzymes and limits their recyclability.

For the full story from Debbie, make sure to take a look at the page on Chemistry World!

We are delighted to welcome Professor Motomu Kanai and Dr Helen Sneddon as new Editorial Board members for Green Chemistry. 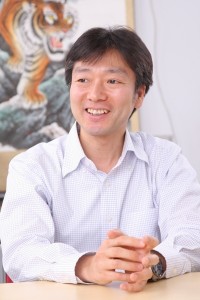 Professor Motomu Kanai was born in 1967 in Tokyo, Japan, and received his bachelor degree from The University of Tokyo (UTokyo) in 1989 under the direction of late Professor Kenji Koga. In the middle of his PhD course in UTokyo (in 1992), he obtained an assistant professor position in Osaka University under the direction of Professor Kiyoshi Tomioka. He obtained his PhD from Osaka University in 1995. Then, he moved to University of Wisconsin, USA, for postdoctoral studies with Professor Laura L. Kiessling. In 1997 he returned to Japan and joined Professor Masakatsu Shibasaki’s group in UTokyo as an assistant professor. After doing lecturer (2000~2003) and associate professor (2003~2010), he is currently a professor in UTokyo (since 2010). He is also the PI of ERATO Kanai Life Science Project (since 2011). He has received The Pharmaceutical Society of Japan Award for Young Scientists (2001), Thieme Journals Award (2003), Merck-Banyu Lectureship Award (MBLA: 2005), and Asian Core Program Lectureship Award (2008 and 2010, from Thailand, Malaysia, and China). His research interests entail design and synthesis of functional molecules, such as catalysts and drug lead molecules. 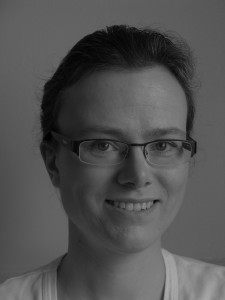 Dr Helen Sneddon read Natural Sciences at Christ’s College, Cambridge University, and stayed at Cambridge to complete her PhD in organic chemistry, on b-keto-dithianes and their application to the synthesis of natural products, with Professor Steven V. Ley.  After postdoctoral work on the asymmetric catalytic chemistry of Palladium (II) with Professor Larry Overman at the University of California, Irvine, she joined GlaxoSmithKline at Stevenage, UK in 2007 as a medicinal chemist, working on respiratory medicines.  In late 2011 she founded GSK’s Green Chemistry Performance Unit, a team she continues to lead, looking at improving the environmental sustainability of research and development, and the routes arising from it. She was made Honorary Professor of Sustainable Chemistry at the University of Nottingham in August 2014.  She has particular interests in solvent and reagent selection and the development of more efficient transformations.

Take a look at some of their recent contributions to Royal Society of Chemistry journals: 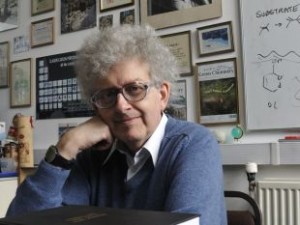 Green Chemistry is delighted to announce that Professor Martyn Poliakoff has been awarded a Knighthood in the New Year’s Honours list.

Professor Poliakoff is an inorganic chemist, whose work has been taken up by industry, notably in the construction of the world’s first multi-reaction supercritical fluid plant. He is a global leader in the field of green and sustainable chemistry and his work in engaging the public with chemistry has been recognised internationally, including through the Periodic Table of Videos on YouTube. Make sure to take a look at the special video made recently to announce the knighthood for Professor Polaikoff online here. Shortly before Christmas he was also elected an Honorary Fellow of the Royal Society of Chemistry.

Professor Poliakoff said “I feel both honoured and somewhat overwhelmed.  I see the award very much as recognition of all the work being done in green and sustainable chemistry in the School of Chemistry by my colleagues, by my research team and by our technical staff whose efforts underpin so much of our research.”

Professor Sir David Greenaway, Vice-Chancellor of The University of Nottingham, said: “What a richly deserved accolade. Sir Martyn contributes so much as a research leader, educator and communicator of science to the wider public. He will receive this honour with his customary modesty, but will be surprised at how widely applauded it is. We are very proud to have him as a colleague.”

Professor Kenneth Seddon, Green Chemistry Advisory Board member, has also been honoured in the New Year’s Honours list with an OBE for services to Chemistry.

In addition to his ground-breaking research into ionic liquids Professor Seddon has also been very busy recently, having been involved with a featured exhibit at the Royal Society Summer Exhibition, presenting the Inaugural Lecture of the “Frontiers of Knowledge Lecture Series”, House of Commons, receiving four IChemE awards, the Nicklin medal, and the RSC Teamwork award.

The New Year Honours lists recognise the achievements of a wide range of extraordinary people across the UK, you can read more about them here.

Take a look at some recent contributions to Green Chemistry from Martyn Poliakoff and Kenneth Seddon. These are all free to access until the end of February.

Green Chemistry was pleased to sponsor the Renewable Chemicals from Lignin symposium, which took place on 18th November, London, UK with the aim of bringing together researchers from academia and industry involved in the processing and applications of lignin in order to share the science, address the challenges in the field and build collaborations for the future.

Oral presentations were given on a wide variety of topics from lignin structure to biocatalytic conversion and applications, with a great line-up of speakers including Tim Bugg, Mike Jarvis and David Jackson to name just a few. The poster prizes were judged by members of the scientific committee and were awarded as follows:

Take a look at the RSC Conferences website to see what other great events are coming up! 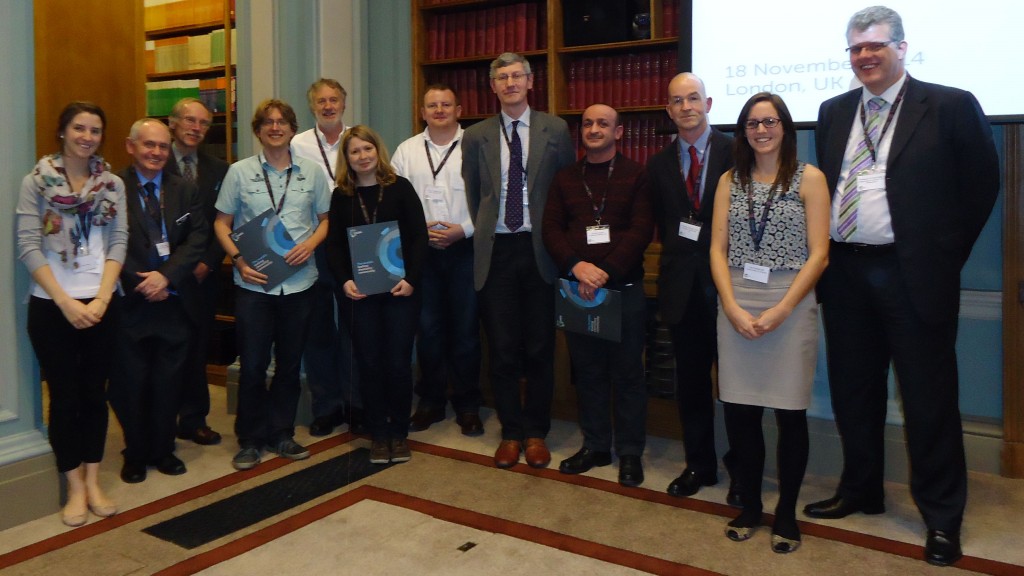 Poster prize winners with some of the speakers and conference organisers

AMI’s Green Polymer Chemistry 2015 is the 4th edition of the international conference on sustainable synthesis of plastics and elastomers including materials currently available in the marketplace. The event will take place from 18-19 March 2014 at the Maritim Hotel, Cologne, Germany.

The conference kicks off with market papers on the global renewable plastics industry, discusses renewable packaging, new from old materials, synthesis, renewable plastics, measuring sustainability and new routes to bio-based polymers. This will be a 2-day conference with a networking cocktail reception for all delegates and speaker to attend, on the evening of the first day. Please follow the link here for full programme: http://www.amiplastics.com/Events/Resources/Programme/Green%20Polymer%20Chemistry%202015%20Brochure.pdf

For further information on the award winning research and how to enter for the 2015 awards take a look at the EPA website.

Scientists in Canada and China have shown that the effectiveness of commercial sunscreens can be enhanced by the addition of lignin and, as an unprecedented bonus; sunlight exposure may help them work even better!

To read the full article written about this work visit Chemistry World.

The original research article is free to access until 14 November 2014.

We are delighted to announce that Walter Leitner, Green Chemistry Editorial Board Chair, has been awarded the 2014 European Sustainable Chemistry Award alongside Jürgen Klankermayer, also from the Institute of Technical and Macromolecular Chemistry at the RWTH Aachen University.

The European Sustainable Chemistry Award is intended to be a prestigious scheme to raise the profile of sustainable chemistry and be a spur to innovation and competitiveness. The ESCA was initially launched in 2010 by EuCheMS and its current prize amounts to €10,000. A full list of sponsors can be found on the website.

The Award covers innovations in the following scientific areas:

– the use of alternative synthetic pathways, that increase resource efficiency and selectivity e.g. with the help of catalysis or natural processes

– the use of alternative feedstocks which are safer and/or renewable e.g. based on biomass

– the use of alternative reactor design and reaction conditions, such as use of solvents which deliver health and environmental benefits, or increased yield and reduced waste and emissions

– the design and use of chemicals and chemical products that are, for example, less environmentally harmful than current alternatives, or inherently safer with regard to hazardous concerns

Visit the website for more information on the EuCheMS and the prizes awarded. 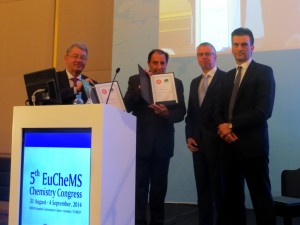 A one day symposium is being held on 18th November 2014 in London, UK on the subject of Renewable Chemicals from Lignin. This event aims to bring together researchers from academia and industry at all levels interested in the chemistry, processing and applications of lignin in order to share the science, address the challenges in the field and build collaborations for the future.

The following four topics will be covered with a range of presentations from UK and international speakers.

Registration is now open, so visit the website to find out more!

We are delighted to announce that Green Chemistry’s Impact Factor* has risen to a new high of 6.85!

A huge thank you goes to all of our authors, referees and Editorial and Advisory Board members for their help and support on the Journal.

highly cited articles from each of the past 15 years. The result is a growing collection which you can read online here.

We invite you to submit your latest research on sustainable chemistry and technology to Green Chemistry.