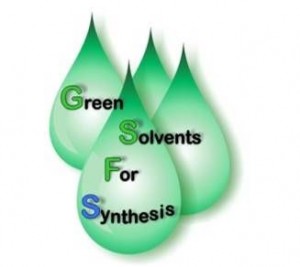 The latest addition of the “Green Solvents for Synthesis” conference took place in the picturesque Rhein Valley in Boppard, Germany from October 8-10, 2012. This biennial Dechema conference brings together world renowned chemists and engineers from both academia and industry to discuss their recent developments and future insights into the field of alternative solvents, solution phase chemistry, and processes. It is always held in a unique part of Germany, in which previous conferences have been held in the lower Rhein Valley (Bruchsal), Lake Constance (Friedrichshafen) and the Bavarian Alps (Berchtesgaden), and this time in the middle Rhein Valley. The beauty of Boppard and its surrounds (including the Loreley), a UNESCO Heritage site, was an excellent backdrop for the conference and emphasized the importance of sustainable development, an underlying theme of Green Chemistry.

This year’s conference covered various topics in the field of Green Chemistry and showcased the use of green solvents and their increasing implementation, not only in academia but also in industrial applications. Alternative solvents such as water, ionic liquids (ILs), supercritical and expanded fluids and solvents from renewable resources were examined for a wide range of reactions and processes.  From the presentations and discussions at the conference, it was evident that further benefits are being asked for from these solvents, in which process design must be considered during the early stages of chemical process design to provide substantial “green” and economic improvements to warrant their commercial adaptation. Advantages such as catalyst immobilization and recyclability, enhancement of reaction rates and selectivities and ease of product separation by liquid-liquid extraction or decantation are now commonplace as this field continues to evolve.  Such novel innovations as Joan Brennecke’s “phase change ionic materials” and Philip Jessop’s “switchable water” are incorporating process considerations at the early stages of development to provide unique advantages. Those examples provide inspiration for the design of the next generation of alternative solvents. 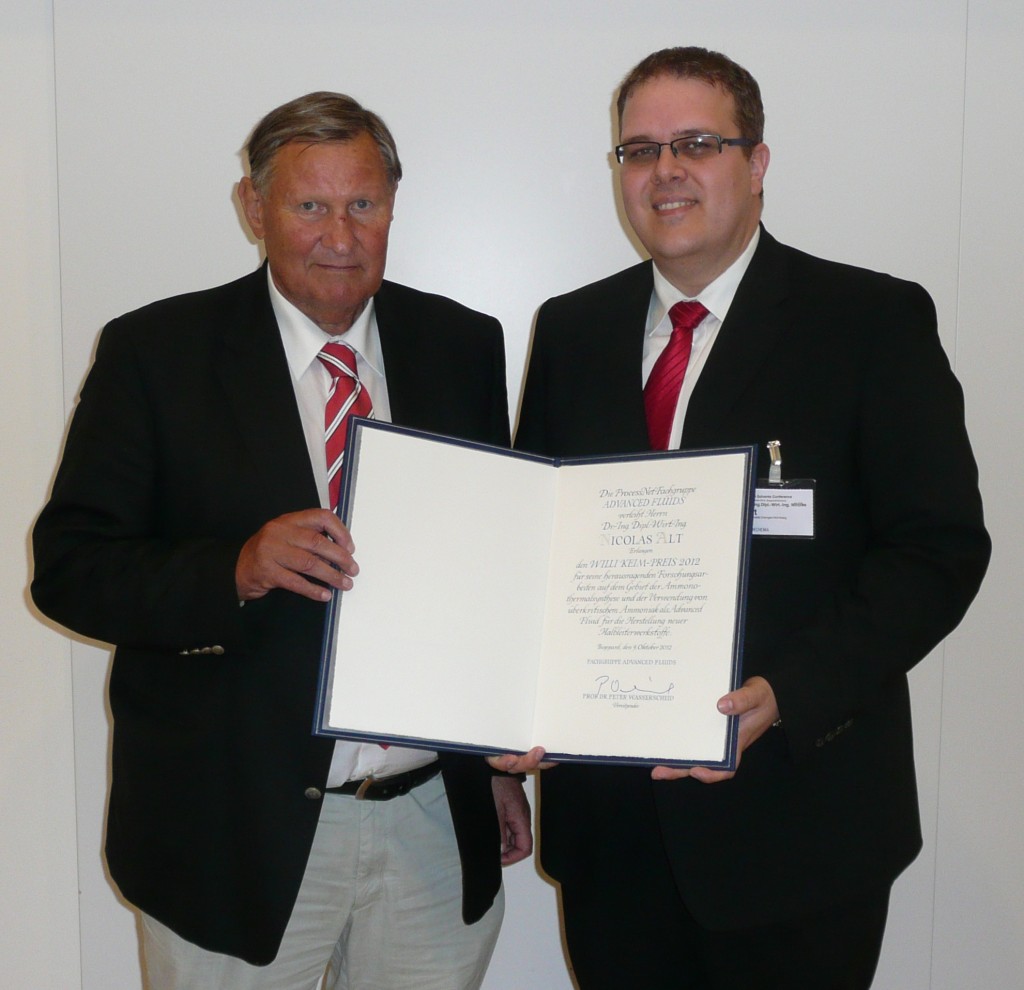 The wide range of themes attracted both attendees with scientific and engineering backgrounds and the conference once again showed that only an interdisciplinary approach can lead to true progress in this field. As such, it was most appropriate that the “Willi-Keim Award” was established by the section of “Advanced Fluids” at Dechema to be presented at the meeting to an outstanding young scientist working in the field of green solvents.  Wilhelm Keim is a professor emeritus from RWTH Aachen University and his research investigated numerous catalytic processes in alternative solvents.  He played an integral role in the development of the SHOP process (Shell Higher Olefin Process) by demonstrating and implementing the principle of biphasic catalysis for the first time on an industrial scale.  Keim’s research and mentoring have influenced innumerable researchers in the green solvents field and thus it was a perfect choice to dedicate this award in his honour.  He personally presented the first edition to the inaugural awardee Nicolas Alt from Friedrich-Alexander University of Erlangen-Nürnberg who presented a fascinating lecture on his work toward developing in situ monitoring techniques to investigate ammonothermal syntheses at high pressure and temperature.

The conference was set in motion by an exceptional keynote lecture from Joan Brennecke on her examination of ionic materials able to capture CO2.  Her talk highlighted how the fundamental understanding of ILs has allowed for the development of “hard-working” ILs with greater capacities for capturing CO2, while eliminating the viscosity increase that is often associated with CO2 complexation. Her talk also elaborated on the concept of “phase change ionic materials”, which are salts having reduced melting points in the presence of CO2 and as such can reduce the amount of energy required to remove CO2 from the ionic adduct and allow for reuse of these ionic materials.

Another class of “hard-working” ILs was presented by Andrew Abbott.  His talk outlined the development of deep eutectic solvents, based on such compounds as choline chloride and urea, as biodegradable and non-toxic ILs and their commercial application in metal electroplating.   The challenges and solutions associated with translating his IL process from the laboratory into the industry were examined, which emphasized the importance of process design in the establishment of green solutions.

A common theme of the conference was the conversion of biomass resources into value-added chemicals and fuels using green solvents.  This topic was highlighted by Walter Leitner’s lecture which outlined the use of homogeneous and heterogeneous catalysts for the conversion of lignocellulose derived substrates.  The advancements in this field were emphasized by the fact that beech wood can in principle be converted in four catalytic reactions to the value-added product 1-octanol, in which ease of product separation from the catalyst was integrated into the process design.

The second day of the conference began with Ken Seddon challenging the “modern” definition of ILs.  He presented a case that ILs should not be classified arbitrarily as ionic compounds having a melting point below 100°C but rather should be expanded to include all ionic compounds used in their liquid state.  He also presented another commercial IL system for the removal of mercury from natural gas streams.  This case study helped to illustrate how the IL field is moving beyond academic curiosity and into new technologies in which ILs provide improvements to systems currently in use.

ILs were also the topic of Alvise Perosa’s lecture. He highlighted the use of carbonate based ILs synthesized via an atom efficient, halide-free and tunable synthetic route and their potential applications as green solvents. But ILs can also be used as matrix systems as Paul Dyson showed in his lecture. He presented the applications of various nanoparticle systems stabilized in ILs, which exhibit tunable catalytic properties. By varying the anion and the cation of the ionic liquid the nanoparticles system can be easily modified leading to a balance between nanoparticles possessing high catalytic activity and stability.

The importance of solvents and solvent effects in processes was presented in various talks. For example, Hugh Stitt described the effects arising from the non-ideality of mixed protic solvents like isopropanol-water blends. He showed that only small amounts of alcohol can significantly affect mass transfer and gas-mixing effects and discussed the role of water on reaction mechanisms in heterogeneous hydrogenation. David Bergbreiter presented new potential process design by introducing nonpolar polymers as solid, recoverable solvents. On the one hand these polymers can act as substitute for alkanes due to similar properties. On the other hand their switchable properties from liquid to solid open up new strategies in catalyst and product separation.

The last day of the conference began with an overview of the Green Chemistry agenda in the pharmaceutical industry by Hans-Jürgen Federsel from AstraZeneca. He pointed out the key role of solvents in manufacturing pharmaceuticals and the potentials in developing more sustainable chemical processes by applying green solvents. In this context, the lecture from Oliver Kappe gave a nice example for new processes enabled by alternative solvent systems. He presented high temperature and pressure processes, which are run in continuous flow with green solvents such as propylene carbonate or alcohols in their supercritical state. The chemistry in this unconventional reaction environment enables short reaction times and can overcome scale-up limitations inherent to high-speed microwave batch processing.

The closing talk was presented by Chao-Jun Li on his research into the catalytic addition of alkynes in water. State-of-the-art synthetic methods often rely on protection-deprotection and functionalization-defunctionalization steps to achieve a target substrate. By using water as a reaction media the nucleophile addition of alkynes allows a direct modification of various starting materials without applying protection-deprotection strategies. 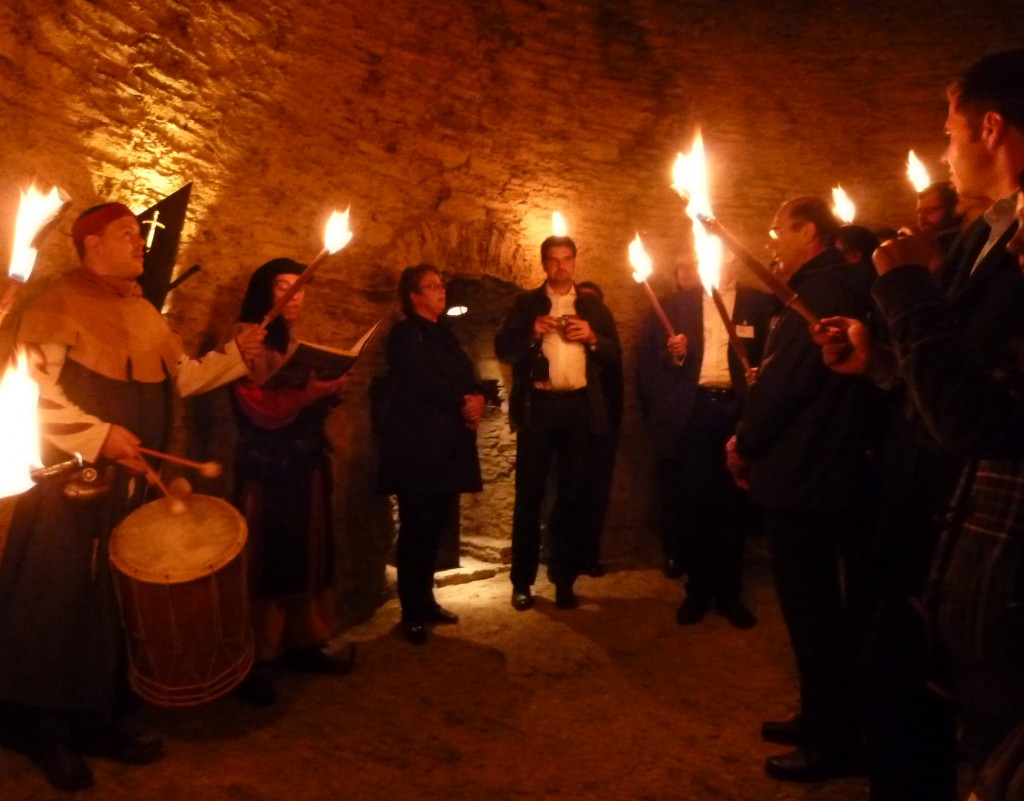 The Green solvents conference once again showed by the high level of presentations and the variety of topics the importance of green solvents and solutions in academia and industry. Beside the interesting and motivating presentations, the conference also featured a large number of high quality poster presentations from graduate and postdoctoral students. Congratulations to the winners of the posters awards: Victor López López (1st), Katharina Bica (2nd) and Irene Latorre Martinez (3rd). Furthermore, the conference gave the opportunity for lively exchange between leaders from academia and industry from across a range of disciplines not only during the conference, but also at the unique conference dinner, which took place in the medieval surroundings at Castle Ehrenburg. Already known from the last Green solvents conference in Berchtesgaden the participants could also enjoy the Green Chemistry Song led by Walter Leitner on a medieval guitar.

To conclude we would highly recommend that researchers interested in the rapidly developing field of Green Chemistry attend the next Dechema Green Solvents for Synthesis conference on October 5-8, 2014.  One can expect the conference to take place in another beautiful and stimulating location, as is the tradition of the conference, and maybe you will be able to experience the Green Chemistry song in person.  Al vol!