We are delighted to announce Professor Damien Baigl (ENS/UPMC/CNRS) as the 2016 Soft Matter Lectureship winner.

The Soft Matter Lectureship, now in its seventh year, is an annual award that honours an early-stage career researcher for their significant contribution to the soft matter field. The recipient is selected by the Soft Matter Editorial Board from a list of candidates nominated by the community.

Read on to find out more about Damien… 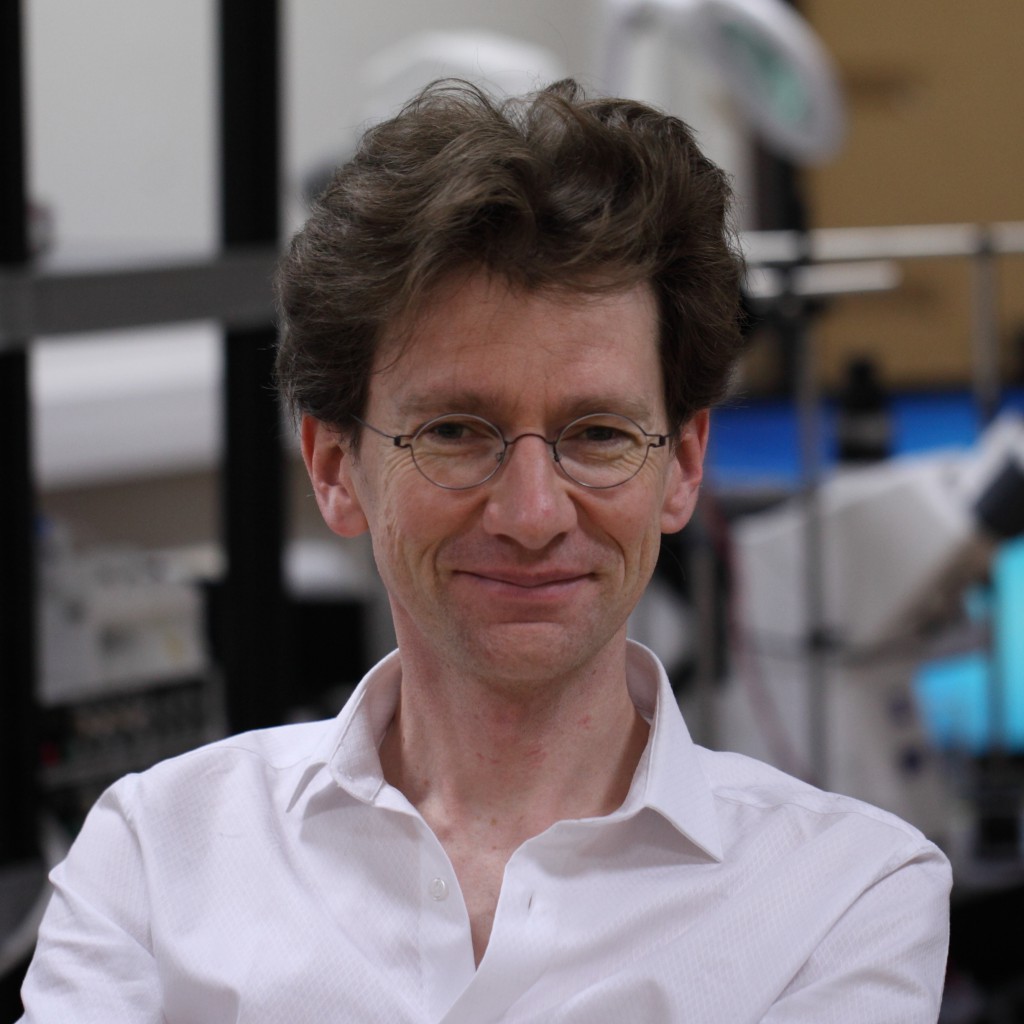 Damien did a PhD on soft matter physics with Claudine Williams in the laboratory of Pierre-Gilles de Gennes at College de France in Paris before a post-doc in biophysics at Kyoto University with Kenichi Yoshikawa. Since 2005, he has been working at the UMR PASTEUR (ENS/CNRS/UPMC) laboratory located at the Department of Chemistry of Ecole Normale Supérieure (ENS, PSL Research University) in Paris (France). He was appointed ENS assistant professor in 2005 before becoming full professor (2nd class) at University Pierre and Marie Curie (UPMC, Sorbonne Universités) in 2010 and 1st class UPMC professor in 2013. Former member of the Institut Universtaire de France (IUF), he got an ERC starting grant in 2010. Damien has made numerous, interdisciplinary and highly original contributions to the soft matter field in topics ranging from DNA compaction, gene expression photocontrol, synthetic biology and artificial cell systems to evaporative assembly, coffee-ring effect manipulations and light-driven microfluidics.

To learn more about Damien’s research, please see the following for his recent work in Soft Matter:

Keep your eyes peeled for Damien’s upcoming Soft Matter article in honour of the Lectureship award.

Please join us in congratulating Damien in his fantastic achievements by adding your comments below!