Congratulations go to Matsushita Takuto, Michika Onoda and Kenta Kokado who all won Soft Matter sponsored prizes at the 26th Symposium of the Research Group on Polymer Gels, The Society of Polymer Science held in Tokyo, Japan on 19th-20th January 2015. 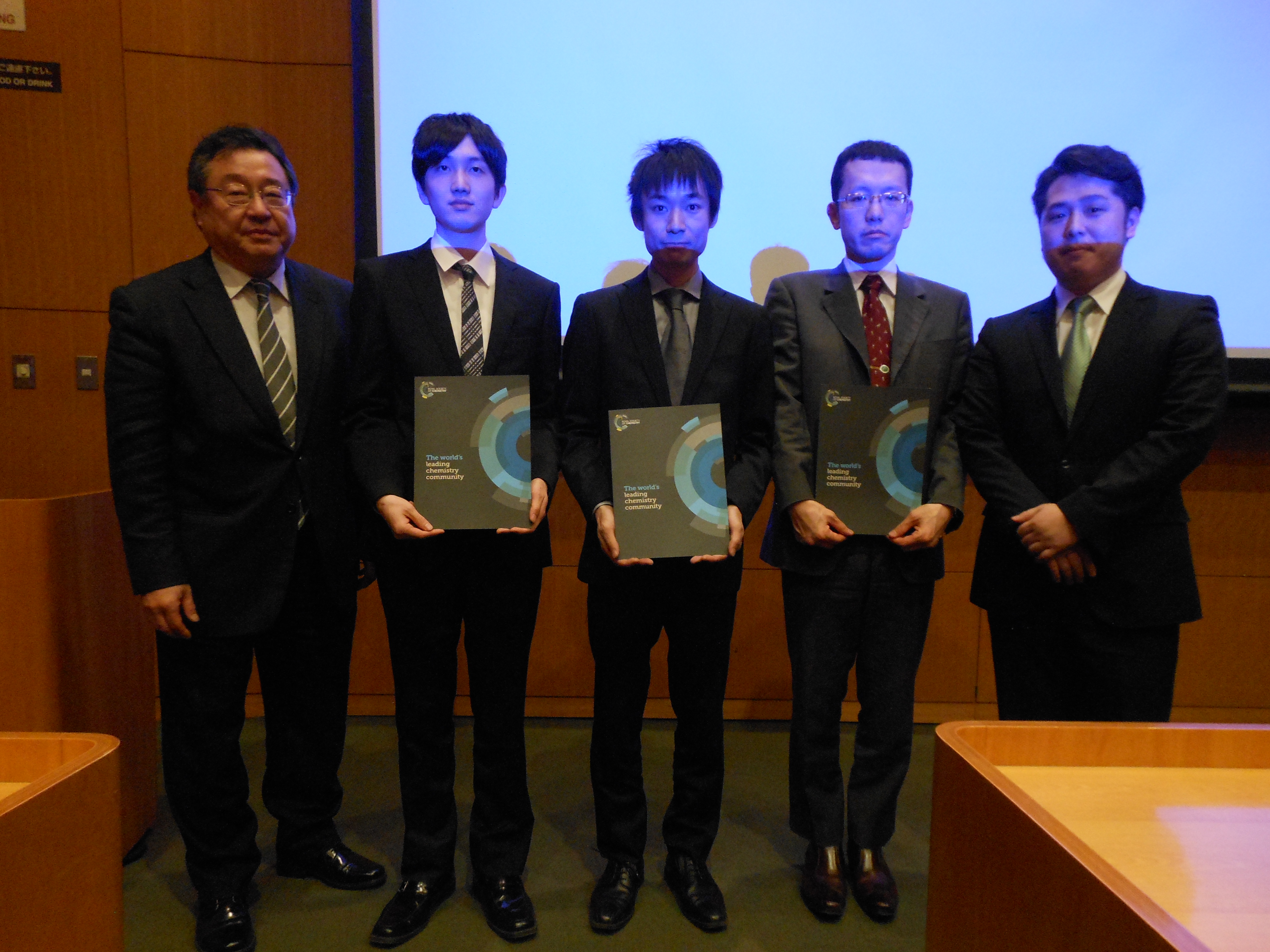 The Soft Matter poster award was won by Matsushita Takuto who is based at the University of Tokyo, Japan.

The Soft Matter Presentation Award was awarded to Assistant Professor Kenta Kokado who is based at Hokkaido University. Kenta’s research interests are organic and polymer synthesis.