The extremely-well attended seminar commemorated Ken’s larger-than-life personality and his contributions to science.

You can find out more about Professor Seddon’s contribution to the field of green chemistry in a special Obituary written by Dr John Holbrey and Professor Tom Welton OBE, published in Green Chemistry. Read it here. 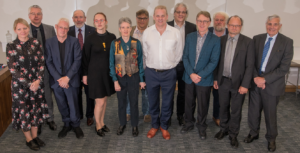 The 14th International Conference on Renewable Resources and Biorefineries conference took place from Wednesday 30 May until Friday 1 June, 2018. Three Green Chemistry poster prizes were awarded to the following winners:

Hybrid catalysis, an efficient multi-step (bio)catalytic process for the direct production of 5-HMF from glucose

On behalf of Green Chemistry, we would like to congratulate all three winners on their outstanding achievements!

The 14th edition of the International Conference on Renewable Resources & Biorefineries will take place in Ghent, Belgium from Wednesday 30 May until Friday 1 June, 2018.

The conference is expected to welcome about 350 international delegates from university, industry, governmental and non-governmental organizations and venture capital providers who will present their views on industrial biotechnology, sustainable (green) chemistry and agricultural policy related to the use of renewable raw materials for non-food applications and energy supply. The conference further aims at providing an overview of the scientific, technical, economic, environmental and social issues of renewable resources and biorefineries in order to give an impetus to the biobased economy and to present new developments in this area.

Green Chemistry is pleased to be supporting the event by providing three poster prizes.

Preregistration closes on 29 May 2018. Register now!

Comments Off on 14th International Conference on Renewable Resources & Biorefineries

GC&E provides an opportunity for a diverse network of over 500 academic, industrial and government stakeholders to network and learn about the newest ideas in sustainable approaches to chemistry, chemicals and processes and products. This year’s conference is highlighting the theme, “Product innovation using greener chemistries”.

The 8th Australasian Symposium on Ionic Liquids is taking place at Deakin University, Melbourne, Australia, between the 21–23 May 2018. ASIL is the main forum for the ionic liquid research community in the Australasian region. It includes speakers from world-leading local and international institutions discussing a diverse range of topics with the aim of encouraging idea exchange and collaboration in ionic liquid research.

The Royal Society of Chemistry journals Green Chemistry and Physical Chemistry Chemical Physics (PCCP) are supporting the conference and will award prizes for the best posters.

Comments Off on 8th Australasian Symposium on Ionic Liquids

We are delighted to announce that the Green Chemistry themed web collection based on presentations at the International Symposium on Green Chemistry 2017 meeting held in La Rochelle, France between 16th-19th May 2017 is now online. The web collection is guest edited by François Jerome (CNRS University of Poitiers, France). 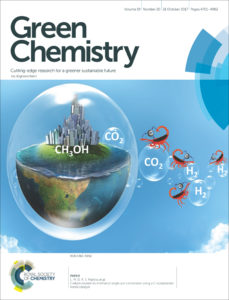 The 8th Symposium on Ionic liquids, Japan was held at Tokyo University of Agriculture and Science on the 23 and 24th Nov. The event was chaired by Prof Hiroyuki Ohno and was attended by 269 guests, with 114 posters and 28 talks.

Comments Off on Prize winners at 8th Symposium on Ionic liquids, Japan

The University of York, UK, hosted the 3rd biannual EuCheMS Congress on Green and Sustainable Chemistry (EuGSC) between the 3-6 September 2017. The Royal Society of Chemistry were delighted to support the event and offered poster prizes, sponsored by Green Chemistry, for the best poster submissions. The winners of the these prizes were: 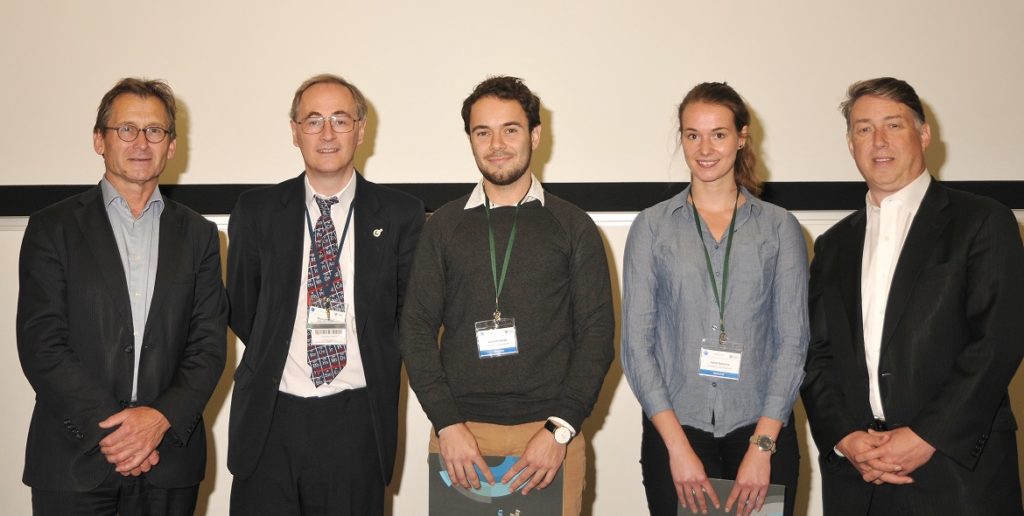 Our congratulations to each of the winners!

Comments Off on Poster Prize Winners at EuGSC 2017!

The 8th World Congress on Oxidation Catalysis will be held in Krakow, Poland from the 3rd – 8th September 2017. WCOC 2017 follows the series of meetings devoted to oxidation catalysis, which are organized every four years and have became the forum for researchers in the field of selective oxidation and oxide catalysts to gather and discuss new challenges and advances in these fields, as well as to generate new contacts and collaborations.

Comments Off on 8th World Congress on Oxidation Catalysis