The green chemistry community is mourning the loss of István T. Horváth, founder of the field ‘fluorous biphase catalysis’ and early pioneer in the field of renewable resources and green chemistry.

Professor István T. Horváth was born in Budapest, Hungary, on August 6, 1953. He studied chemistry at the Petrik Lajos Chemical Technical School in Budapest and at Veszprém University of Chemical Engineering, Veszprém, Hungary (now University of Pannonia), where he received his M.Sc. in Chemical Engineering (1977) and Ph.D. in Organic Chemistry (1979). Subsequently, he was an Assistant Professor at the Department of Chemistry, Veterinary University, Budapest (1979–1981) and a Research Engineer at Chinoin Ltd. in Budapest (1981).

Horváth then switched continents for the first of five times in his career. This brought him to Yale University, where he joined the group of Prof. Richard D. Adams as a Postdoctoral Research Associate (1982–1984). During this productive period, he worked on the preparation and characterization of osmium clusters. Adams and Horváth co-authored a remarkable 20 papers in 32 months. Horváth returned to Europe in 1984 to spend three years at the ETH Zürich with Professors Piero Pino and György Bor.

This was followed by another transatlantic move as he assumed a position at the Corporate Research Laboratories of Exxon (now ExxonMobil) in Annandale, New Jersey. This immensely productive phase of his career lasted more than ten years (1987–1998) and brought him international visibility. As an independent investigator Horváth became internationally recognized for using in situ spectroscopic techniques (especially NMR and IR) to elucidate mechanistic questions of important chemical transformations and uncover key reaction intermediates. A significant achievement was the spectroscopic observation of the formyl cation in the condensed phase, published in 1997 in Science. Beside important discoveries in reaction monitoring, Horváth was among the first to advocate the use of in situ spectroscopy to attain molecular level understanding chemical of reactions, especially focusing on the development of greener processes.

Furthermore, his Science paper published in 1994, established the basic principles of fluorous biphase chemistry, which lead to the development of more efficient multiphase catalytic processes and novel catalyst immobilization approaches in the following decades.

In 1999, he returned to Hungary, was appointed professor in 2001, and continued his research in the field of green chemistry and in situ spectroscopy at Eötvös Loránd University, Budapest until 2008. During this time he devoted attention to the catalytic conversion of renewable resources, which led to the development of the idea of a gamma-valerolactone economy.

Between 2009 and 2020 he was a Chair-Professor at the Department of Chemistry and Biology, City University of Hong Kong where he also acted as department head for 6 years. Here he first introduced the Ethanol Equivalent and Sustainability Index for the measurement and evaluation of sustainability.

He returned to Hungary in 2020 and continued his work at the Department of Chemical and Environmental Process Engineering, Budapest University of Technology and Economics.

István is well-remembered for his organization of highly successful scientific events with a unique style. In fact, he organized and managed more than 45 international scientific meetings including Gordon Conferences and regular meetings of the homogeneous catalysis community, such as ISHC.

He was  an intelligent and knowledgeable supervisor and highly supportive mentor who always encouraged his students and colleagues to leave their comfort zones and aim for fundamental scientific discoveries. He could be tough at times but was always fair, and argued by the facts when it came to science. He graduated numerous PhD students and post-docs, the vast majority of whom are still pursuing research in green chemistry or closely related areas. A good overview of his scientific career can be found in the special issue of ACS Sustainable Chemistry and Engineering (https://pubs.acs.org/doi/pdf/10.1021/acssuschemeng.8b03138) published in 2016 on the ocassion of his 65th birthday.

To us, first and foremost István was a mentor who had a profound influence on our scientific training, shaped our way of thinking and guided our carrer as green chemist.

István was a one-of-a-kind ’molecular designer’ – a brilliant scientist, who would always follow a unique and pioneering path. A special personality: warm, funny, bold and unrelenting – he continuously questioned the status quo and spoke his mind… and was willing to stand up for what he believed to be the truth, for the benefit of the whole comunity. He will be tremendously missed.

We are delighted to announce that the Green Chemistry themed collection Biobased furanic derivatives for sustainable development is now online and free to access until the end of March 2022. 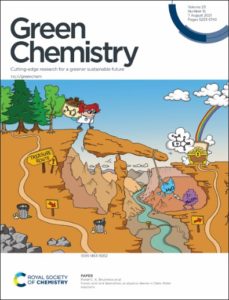 This themed collection aims to gather the most advanced research in the area of furanic building blocks. These furanic platform molecules can be further derivatized and employed in various applications (thermoplastics; resins; biofuels; fine chemistry; green solvents, etc.). Their end-life (recycling, biodegradation), within a circular rational, is also a sparking field of research activity. Therefore, the biomass origin of these furanic molecules and the Green Chemistry principles that are employed to prepare, modify and dispose these molecules fit with the expectation of the journal.

We are delighted to announce that the Green Chemistry themed issue CO2 Utilisation is now online and free to access until the end of August 2021.

The massive consumption of fossil fuels, among other human activities, has released substantial amounts of CO2 into the atmosphere, provoking both global warming and dramatic climate changes. As such, carbon dioxide capture, removal and utilisation continues to attract significant attention. As an ideal carbon source, efficient transformation of CO2 enables the sustainable synthesis of high value-added chemicals and fuels.

Guest Edited by Professor Da-Gang Yu and Professor Liangnian He, this collection reviews the very recent achievements of CO2 utilisation in various areas of green and sustainable chemistry.

We hope you enjoy reading the articles. Please get in touch if you have any questions about this themed collection or Green Chemistry.

Editorial Board Member, Rajender Varma has selected some outstanding research to share with you from Green Chemistry. Read them now for free until the end of August 2021! 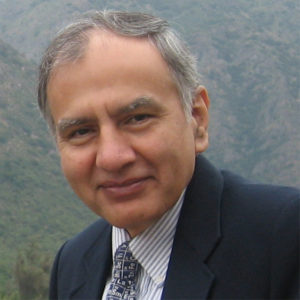 Rajender S. Varma, (H-Index 114, listed among ‘Most Cited Researchers’ by Clarivate Analytics 2016, 2018, 2019 and 2020), was born in India (Ph.D., Delhi University 1976). After postdoctoral research at Robert Robinson Laboratories, Liverpool, U.K., he was faculty member at Baylor College of Medicine and Sam Houston State University prior to joining Sustainable Technology Division at U.S. Environmental Protection Agency in 1999 with adjunct appointment at Palacky University, Olomouc, Czech Republic. He has over 48 years of research experience in management of multidisciplinary technical programs and is extensively involved in sustainable aspects of chemistry that includes photocatalysis, synthesis, environmental sciences, and development of environmentally benign synthetic methods using alternate energy input using microwaves, ultrasound, mechanochemistry, etc.; efficient technologies for greener remediation of contaminants; and environmental sciences. Lately, he is focused on greener approaches to assembly of nanophotocatalysts and sustainable applications of magnetically retrievable nanophotocatalysts in benign media. He is a member of the editorial advisory board of several international journals and has published over 710 scientific papers and been awarded 17 U.S. Patents with 48,400 citations.

We are delighted to announce that Laurel Schafer has joined the Editorial Board of Green Chemistry.

Dr Laurel L. Schafer has received her BSc from the University of Guelph and her PhD from the University of Victoria. She then went on to the University of California-Berkley to complete an NSERC post-doctoral fellowship with Prof. T. D. Tilley. In 2001, she joined the University of British Columbia in Vancouver where she is now a professor and a Tier I Canada Research Chair in Catalyst Development. The Schafer group has developed a family of N,O-chelated early transition metal complexes for atom-economic catalysis to prepare amines, heterocycles, and amine-containing polymers. For this work Laurel has received numerous awards including a Schlenk Lecture Award from the University of Tübingen (2021), a CSC Award, a Humboldt Award, a Killam Research Fellowship, and a Killam Award for Graduate Student Mentorship.

Welcome on board Laurel, we’re looking forward to working with you! 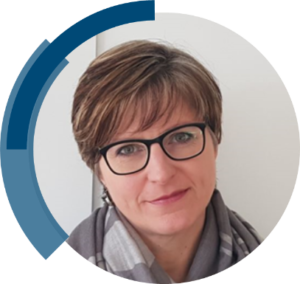 Editorial Board Member, Keiichi Tomishige has selected some outstanding research to share with you from Green Chemistry. Read them now for free until the end of June 2021! 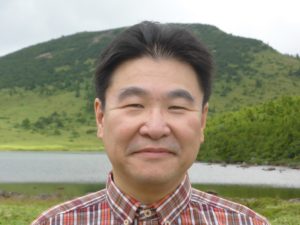 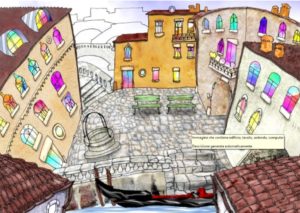 This 2021 Edition of the Summer School follows the previous one held online as a result of COVID-19 pandemic (www.unive.it/ssgc).

The Summer School does offer the unique opportunity to bring together a number of experts in the field of Green Chemistry and young researchers. This synergy of competencies is a valuable occasion to promote and facilitate diffusion and transfer of the knowledge in this emerging and evolving field.

The Summer School is organized and managed by the Green Sciences for Sustainable Development Foundation (www.gssd-foundation.org), a non-profit Foundation based in Venice, Italy. The Foundation’s website provides access to various lectures, proceedings, and reports of the previous editions of the Summer Schools.

By Daphne Houston.
Editorial Board Member, Francois Jérôme has selected some outstanding research to share with you from Green Chemistry. Read them now for free until the end of April 2021!

Associate Editor, Elsje Alessandra Quadrelli has selected some outstanding research to share with you from Green Chemistry. Read them now for free until the end of March 2021! 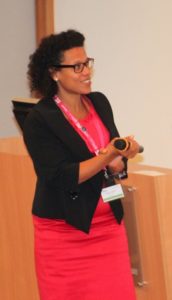 Alessandra is CNRS director of research in the “Surface organometallic chemistry” team of the C2P2 laboratory in Lyon (France). Her research in the C2P2 unit, under triple tutelage CNRS CPE and Université de Lyon 1, focuses on gaining molecular understanding of the interaction between organometallic precursors and solid surfaces, such as silica and more recently, metal organic frameworks and 2D supports, in route to heterogeneous catalysts and functional materials. As chairwoman of the Sustanability Chair of Chemical, Physics and Electronic Engineering School CPE Lyon, she teaches graduate and undergraduate courses and organizes the biyearly international conference “CO2 Forum” on large scale carbon dioxide utilisations”.

She has coauthored over 65 papers, among which 2 reviews, 2 book chapters and 3 patents and has edited 1 book. She serves as referee and evaluator in several French and European instances.

Submit your research to Alessandra here

We are delighted to announce that the Green Chemistry Emerging Investigators 2020 themed issue is now online and free to access until the beginning of March 2021.

This issue highlights the excellent research being undertaken by the rising stars of the green chemistry field from across the globe. All contributors were nominated by a member of the Green Chemistry Editorial or Advisory Board as an outstanding researcher in the early stages of their independent career, making a significant contribution to the advancement of green chemistry. Congratulations to all of those whose work is featured in the collection and we hope you enjoy reading it. 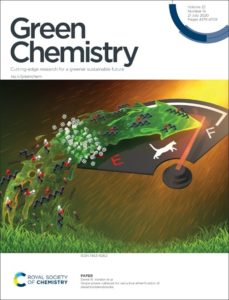