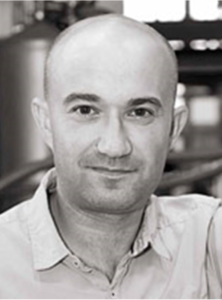 François received his PhD degree in chemistry from the University of Burgundy (France) in 2000 in the group of Prof. R. Guilard. Then, he moved as a postdoc to the University of California of Davis (USA) and the group of Prof. K. M. Smith followed by a second postdoctoral position at the University of Rennes 1 under the guidance of Prof. P. H. Dixneuf where he worked on ruthenium-catalyzed reactions. In 2002, he joined the CNRS as a permanent researcher in the Laboratoire de Catalyse en Chimie Organique located at the University of Poitiers. In 2011, he was promoted as a CNRS research director at the Institut de Chimie des Milieux et Matériaux de Poitiers. In 2015, he created the research federation INCREASE, hosted by the CNRS, gathering scientists from academia working together with chemical companies on the design of sustainable chemicals.

He is now deputy of the Institut de Chimie des Milieux et Matériaux de Poitiers, member of the executive committee of the French division of Catalysis and chairman of the International Symposium on Green Chemistry (ISGC); editions 2013, 2015, 2017 and 2019.

His main research interests concern the development of technologies capable of activating and converting concentrated feed of renewable polyols (glycerol, mono- and polysaccharides) to specialty chemicals.