In the July Editor’s Collection, Judy Wu highlighted ‘Plasma induced acceleration and selectivity in strain-promoted azide–alkyne cycloadditions’ by Dr Guilhem Chaubet and Dr Alain Wagner et al. as one of her personal favourite recent Organic & Biomolecular Chemistry articles. Here, we catch up with the authors to find out a little bit more about their research 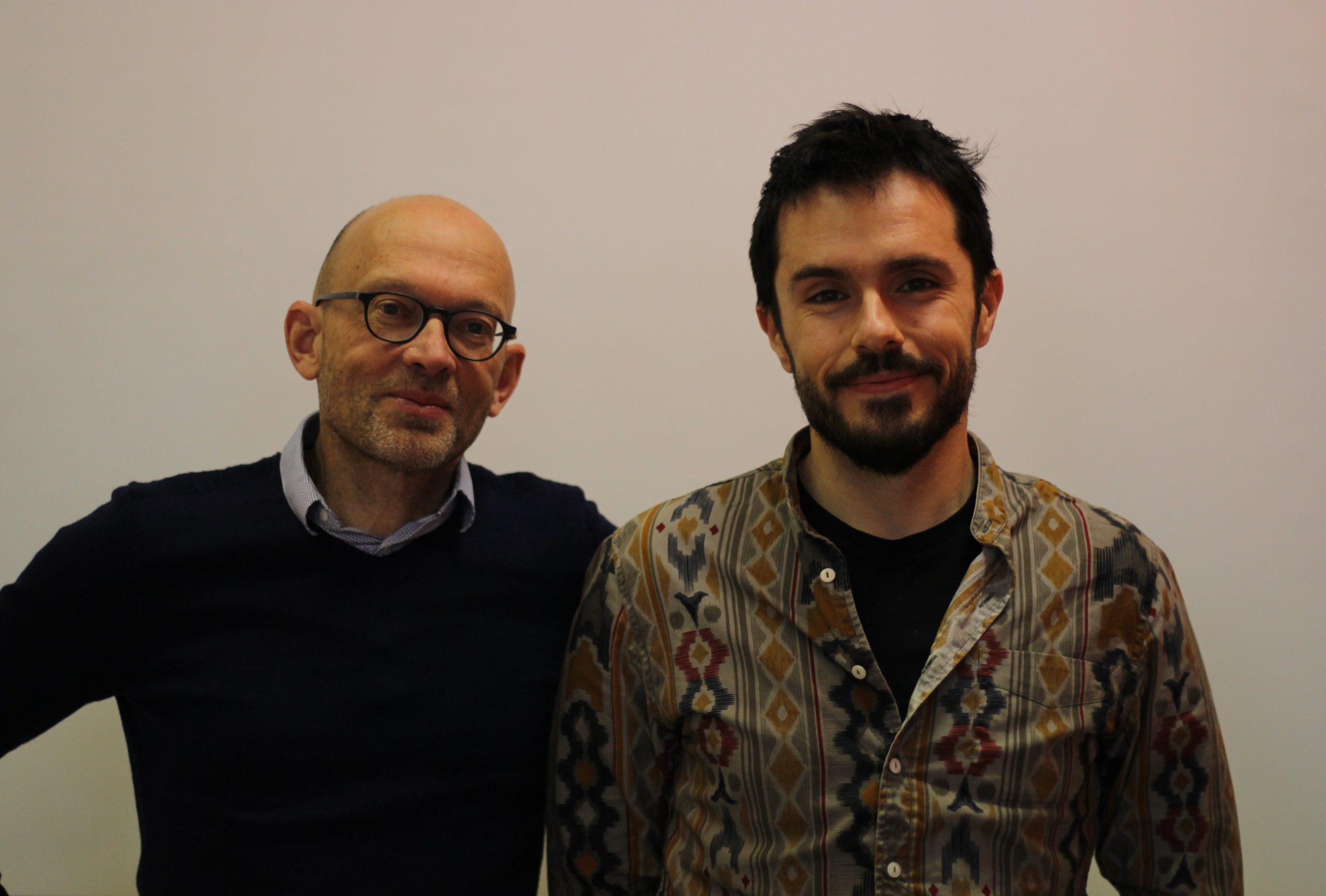 Dr Guilhem Chaubet is the co-director of the Biofunctional Chemistry team in Strasbourg. He joined the CNRS as an independent researcher in 2017 after a PhD at the University of Montpellier II (2010-2013) and a postdoctoral position at the University of Oxford (2014-2017). He investigates chemical conjugation of native proteins, focusing especially on the development of new strategies.

Dr Alain Wagner was born in Saint Avold, France in 1964.  After graduate studies at Strasbourg University under the supervision of Prof.Charles Mioskowski, he took up a postdoctoral fellowship at Affymax Research, Palo Alto, working under the supervision of Prof. Peter Schultz. He entered the CNRS in 1994. In 2001, he co-funded the company Novalix, now one of largest CROs in France. He returned to academic research in 2007 to start the biofunctional chemistry team. In 2014, he co-funded Syndivia, a start-up exploiting new bioconjugations and linker technologies in the field of ADC, and a few months ago, embarked on a new adventure of single cell secretion analysis by co-funding MicroOmiX. His current research focuses on studying chemical reactivity in complex biological systems with applications in drug delivery and droplet microfluidic-based single cell analysis.

This work originated almost 10 years ago, when we started investigating in-vivo drug inactivation via strain-promoted azide-alkyne cycloaddition (SPAAC). We had selected an azide analogue of warfarin as our model drug and proved that its anticoagulant activity could be neutralized in mice after injection of a PEG-containing strained alkyne. While this work ended up being published a few years ago, it was during the course of its development that we noticed this odd behaviour of SPAAC being accelerated in human plasma compared to traditional solvent mixtures. Being puzzled by this observation, we decided to dig deeper, which ultimately led to this work published in OBC.

What do you personally feel is the most interesting/important outcome of your study?

I think it is the revision of classical synthetic chemistry rules when reactions are conducted in such a complex medium rather than in a flask, where you can precisely control the environment. Bioorganic chemistry thus challenges the way chemists think about and design their experiments, which fosters innovation and originality.

What directions are you planning to take with your research in future? What are you going to be working on next?

We keep working on new methodologies to access site-specific conjugation of native proteins, which ultimately could lead to protein-selective strategies and applications of these reactions in complex biological media.

See every article in the full Editor’s Collection