Please join us in welcoming Professor Kate Jolliffe as new Associate Editor of Organic & Biomolecular Chemistry from 1st of September 2020 ! 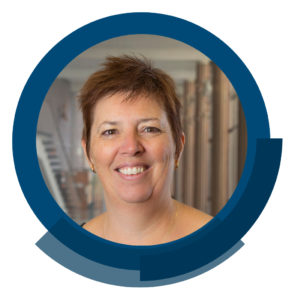 Katrina (Kate) Jolliffe received her BSc (Hons) in 1993 and PhD in 1997 from the University of New South Wales. She held positions at Twente University, The Netherlands; the University of Nottingham, UK and the Australian National University before taking up an Australian Research Council QEII fellowship at The University of Sydney in 2002. In 2007 she became a Senior lecturer at the same institution and was promoted to Associate Professor in 2008 and to full Professor in 2009. She currently holds the position of Payne-Scott Professor at The University of Sydney. She is a Fellow of the Australian Academy of Science and has been awarded the Beckwith (2004), Biota (2006), Birch (2017) and H. G. Smith (2018) medals of the Royal Australian Chemical Institute. Her research interests are in the areas of supramolecular, peptide and organic chemistry, with a focus on the design and synthesis of functional molecules, such as molecular sensors capable of detecting anions in biological environments or cyclic peptides for application in biology and medicine.

Efficient use of the Dmab protecting group: applications for the solid-phase synthesis of N-linked glycopeptides
Org. Biomol. Chem., 2009,7, 2255-2258

Tailoring the properties of a hypoxia-responsive 1,8-naphthalimide for imaging applications
Org. Biomol. Chem., 2018,16, 619-624