Supramolecular polymers are promising architectures for different applications in the materials or biological fields between others. Their inherent dynamicity and versatility give to these materials interesting application-related properties but at the same time make their construction intricate. The control over these assembly processes of supramolecular polymers is still nowadays a big challenge to overcome. Therefore, there is a need of new methods that shed light in the understanding of the supramolecular driven assembly processes in different situations.

In a recent study reported in Nanoscale Horizons, Montenegro et al. conveniently employed water micro-droplets to investigate the assembly of tubular peptidic nanotubes in a confined space. They employed cyclic peptides decorated in one hand with histidine that confer the system a pH-responsive self-assembly and in the other hand with a pyrene moiety that serves as a fluorescent reported of the fibrillation process. 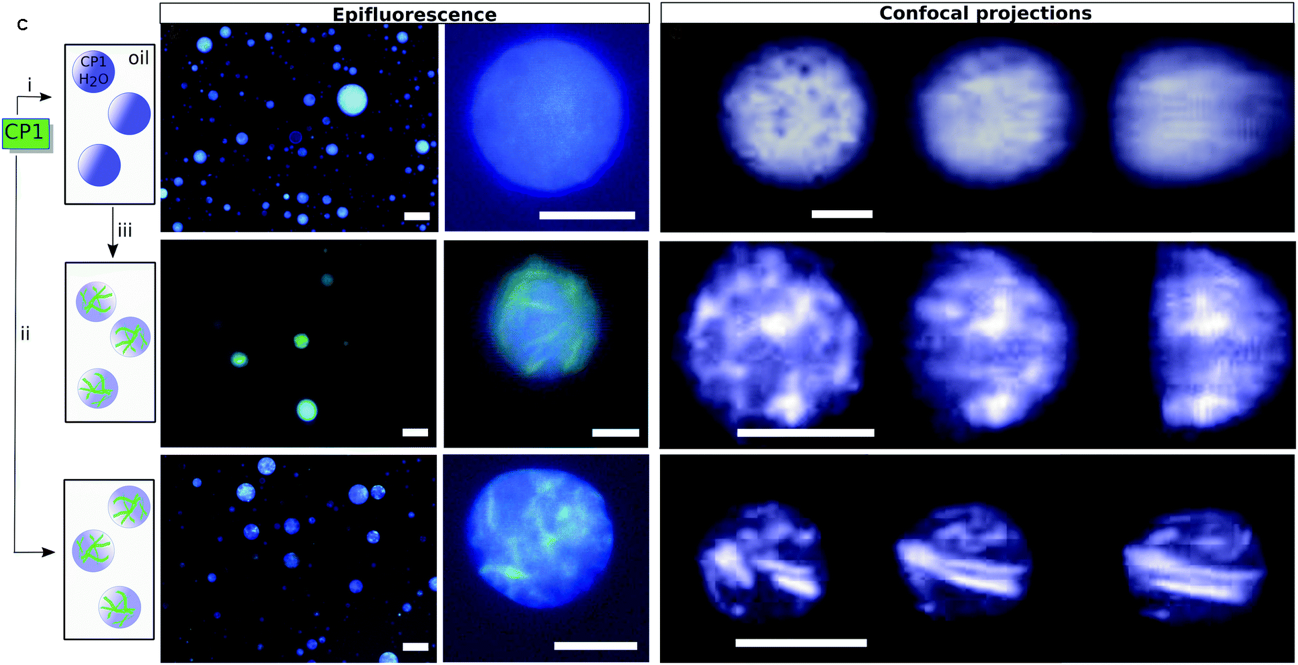 Figure 1. a) Structure and pH-dependent self-assembly of the cyclic peptide (CP1) b) Histidine hydrogen-bonded networks and pyrene  p-stacking driven aggregation of single peptide nanotubes by hierarchical micro-fibrillation. c) Supramolecular polymerization of CP1 in confined spaces [(i) CP1 in water (1–2% w/w); (ii) CP1 (1–2% w/w) in HEPES 30 mM at pH 8; (iii) addition of propanamine] shown in epifluorescence images and confocal microscopy projections of individual droplets. Scale bars from left to right are 20, 5 μm, and 10 μm. Images reproduced with permission of the Royal Society of Chemistry.

The observed deformation of the droplet upon basic pH trigger was produced by the strong directional self-assembly reflecting the strong directionality of the process. These findings with the one-dimension hierarchical assemblies open the possibility to a better comprehension of the physics and mechanism involved in the assembly of tubular networks in confined environments. Moreover, the reported system can already serve as a platform to further study such assembly processes in a biological scenario and eventually be applied for several biomedical purposes like drug delivery.