We are delighted to announce the winners of the inaugural JAAS Emerging Investigator Lectureship. Launched to coincide with the 30th anniversary of the journal, the lectureship will be awarded annually from 2015 to recognise and support an emerging scientist working in the area of atomic spectrometry in the early stages of their independent career.

With so many exceptional and highly deserving nominations, it was decided to award the JAAS Emerging Investigator Lectureship to two winners this year. 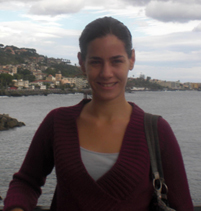 Lara Lobo Revilla is a “Marie Curie Clarin-Cofund” postdoctoral researcher at the University of Oviedo since October 2014. She studied Chemistry at the University of Oviedo, where she also started her PhD in 2006 working on a European project aimed at the instrumental development and analytical applications of a prototype based on Glow Discharge-Time of Flight Mass Spectrometry. Under the supervision of Prof. Rosario Pereiro and Dr. Nerea Bordel, she obtained her PhD degree in 2011 and was given the Extraordinary Doctorate Award (Physical and Analytical Chemistry). After she finished her PhD she got an IEF Marie-Curie Fellowship and joined the A&MS group of Prof. Frank Vanhaecke in the Analytical Chemistry Department at Ghent University (Belgium). Her research for about 3 years at UGent has mainly dealt with isotopic analysis for provenancing ancient glass. Currently, she is involved in the development of analytical methods to obtain elemental, molecular and isotopic information based on the use of different analytical mass spectrometry techniques. 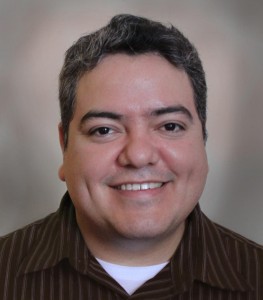 Gerardo Gamez obtained his B.Sc., summa cum laude, and M.S. in Chemistry at the University of Texas at El Paso where he performed research with Prof. Gardea-Torresdey in environmental chemistry. He obtained his PhD in Analytical Chemistry at Indiana University-Bloomington with Prof. Hieftje where he performed research in plasma-based analytical spectrochemistry. During this time he obtained fellowships from the ACS-DAC and MERC, as well as the first Richard Payling Award. His postdoctoral work at ETH Zurich with Prof. Zenobi was in the area of ambient molecular MS. He then worked as a Scientist at EMPA Thun in the field of materials characterization by atomic spectroscopy. In the fall of 2013 he joined the faculty of the Department of Chemistry and Biochemistry at Texas Tech University. His research group focuses on instrumentation and method development of high-throughput chemical imaging techniques via GDOES elemental mapping, ambient desorption/ionization MS sources, as well as performing fundamental studies to better understand laboratory plasmas. He has more than 50 peer-reviewed publications (h-index 24), and given more than 30 oral presentations (including 15 invited lectures). He has also served as president of the Indiana Section of the Society for Applied Spectroscopy, coordinator of an EC Marie Curie Research Training Network (GLADNET, 16 partners, 11 countries), co-organizer of the 1st International Symposium on Glow Discharge Spectroscopy, and chair of the Atomic Spectroscopy section of the SCIX conference.