Environmental Science: Nano was delighted to sponsor poster prizes at the Nanosafety 2020 virtual conference, which took place online from the 5th – 7th October 2020.

The ES: Nano Poster Prize was awarded to Steffen Gottschling (Leibniz-Institut für Wissensmedien) for his work on ‘Differences in experts’ and laypersons’ sourcing when reading about a scientific conflict in nanosafety: an eye-tracking study’.

Congratulations to both Steffen and Tim!

Covid-19 has significantly impacted the way we communicate with each other, leading to in-person events being cancelled, and disrupting connections across the globe. It is now more important than ever to share the latest research and stay connected with one another.

The RSC Desktop Seminar Series is an effort to not only replace in-person research seminars during the current pandemic situation but to also expand access for researchers around the world looking to connect to some of the leading minds in the chemical sciences. These Desktop Seminars are taking place within working hours of US and Europe time zones, however we encourage any and all interested to register and attend these free events! 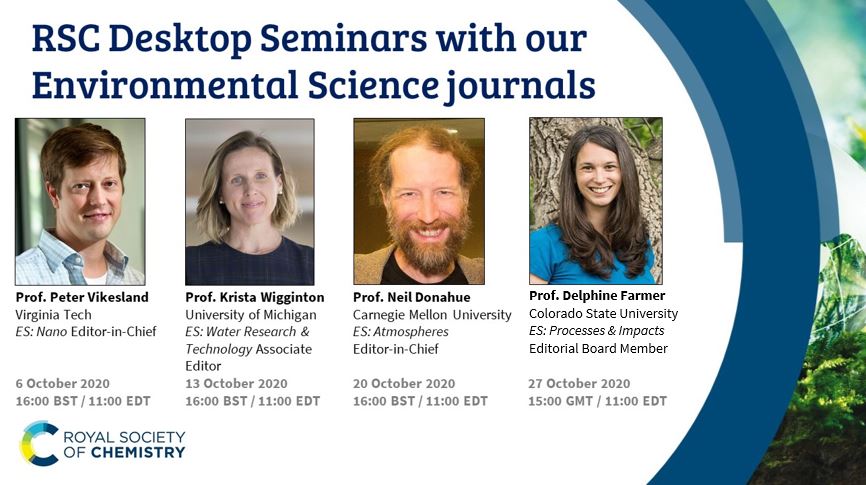 We hope that you can join us for these exciting events.

Conference abstracts will be accepted into five themed sessions:

Highly ranked keynote and invited speakers already confirmed their attendance. The plenary lectures will be given by Prof. Dr. Paras N. Prasat (University at Buffalo, New York State, U.S.A.) focusing on photonics and biology to impact on energy and health care, and Prof. Dr. Antonio H. Castro Neto (National University of Singapore and Boston University/USA), one of the leading theorists in the study of graphene.

The special focus of NanoTox 2018 will be “New tools in risk assessment of nanomaterials” such as read-across, grouping and categorization. This event will offer a platform for all interested scientists, industry partners and regulatory bodies to discuss the latest results and developments in nanosafety research.

The full list of plenary speakers is available on the conference website including the portal to submit posters and register before the deadline below.

Comments Off on NanoTox 2018 – 9th International Conference on Nanotoxicology

The 1st Pan American Congress of Nanotechnology Fundamentals and Applications to Shape the Future​ (Pannano-2017) is taking place in Guarujá, Brazil on 27th – 30th November 2017. This conference will provide a venue for understanding nanotechnology and nanoparticles behavior in biological, chemical and environmental systems with the purpose to develop useful and sustainable applications of nanotechnologies throughout the Pan-American region. This conference will be the single best opportunity to reach the largest assemblage of participants from all over the globe. Learn more about Nanotechnology and nanomaterials, networking and build relationships and partnerships in the field.

The conference has a wide range of themes, including:

The 8th International Symposium on Nanotechnology, Occupational and Environmental Health will be taking place in Elsinore, Denmark on 29th May to 1st June 2017

The aim of the NanOEH Conference 2017 is to provide a platform for presentation of the current knowledge on nanosafety in the working environment as well as in the general environment and of the current state of the art for strategies for exposure assessment, hazard evaluation and risk assessment. The theme of this years conference is ‘Closing the gaps in nanosafety’. It is set to have a great program, including: keynote speakers, thematic sessions, oral sessions, and poster sessions. In addition there will be a special initiative for early career researchers including an Early Career Researcher Award.

Comments Off on 8th International Symposium on Nanotechnology, Occupational and Environmental Health

The 25th Japan Society for Environmental Chemistry Annual Meeting was held in Niigata, Japan on 8-10 June 2016.

During the award ceremony Hiromitsu Urakami from the Royal Society of Chemistry presented several certificates to poster prize winners on behalf of our environmental science journals.

Congratulations to all of the winners! 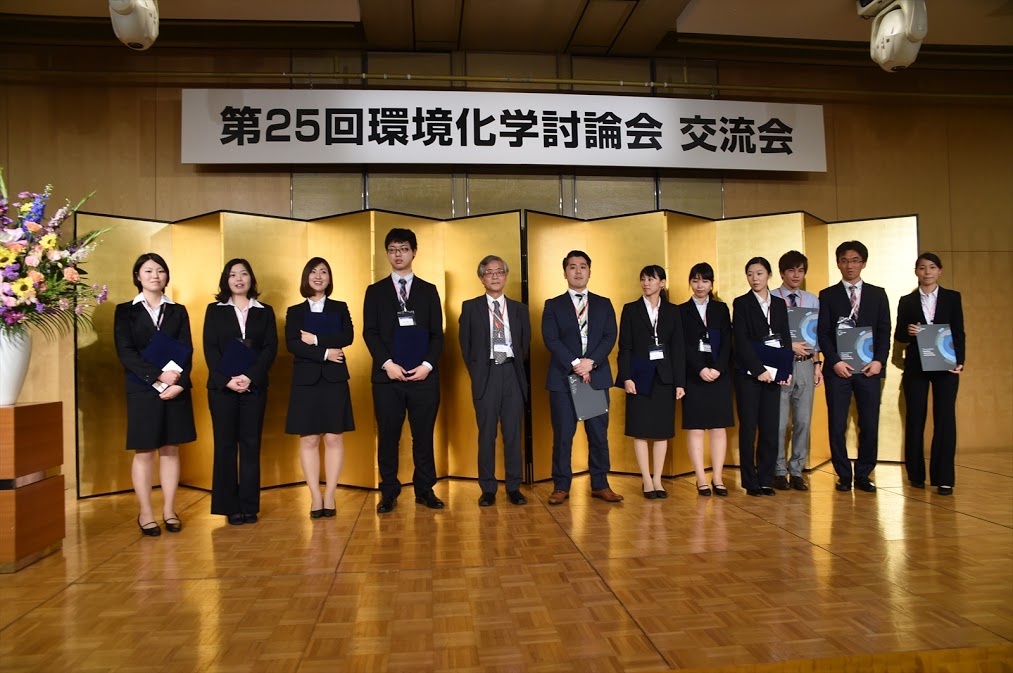 Poster title: Concentration of persistent organic pollutants in microplastics from marine surface water and evaluation of the risk of ingestion by marine organisms 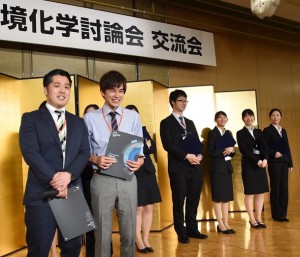 Comments Off on 25th Japan Society for Environmental Chemistry

International Conference on Environmental Effects of Nanoparticles and Nanomaterials

We are pleased to announce that registration and abstract submission for the 2016 International Conference on the Environmental Effects of Nanoparticles and Nanomaterials (ICEENN) is now open.

This marks the 11th year of the ICEENN, which  will take place August 14-18th 2016 in Golden, Colorado (USA). The abstract submission deadline is April 18th. To find out more about the meeting, register, submit an abstract, and book accommodation and social activities please visit the conference website.

This conference brings together participants from academia, industry, government agencies, and non-governmental organizations to present and discuss current research findings on environmental health and safety aspects of nanotechnology.

The conference format is that of plenary oral presentations and poster sessions.  Sessions are planned to cover topics that include:

A 2-day pre-conference workshop on nanoparticle characterization will precede the meeting. A number of social activities are planned. Updates to the website will be posted regularly. August is prime tourism season in Colorado so we strongly encourage you to book your accommodation early.

We look forward to welcoming you in Golden for the 2016 ICEENN! 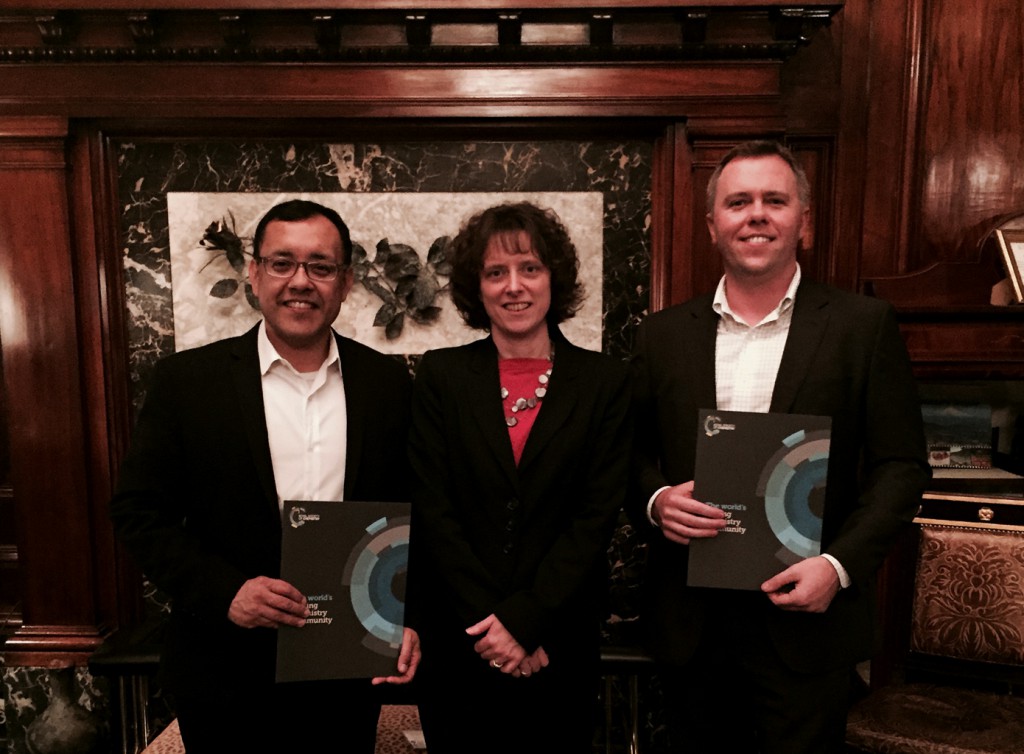 Comments Off on 2015 SNO Emerging Investigator

Many congratulations to Olga Zaytseva and Miguel Ángel Gómez González on their poster prize success at the 10th International Conference on the Environmental Effects of Nanoparticles and Nanomaterials, which took place from 6th-10th September 2015 at the University of Vienna, Austria.

As one of the globally leading conferences on environmental nanoscience and nanoecotoxicology, the 10th ICEENN brought together researchers, regulators and industry to discuss the recent advances in the investigations of risks of current and future applications in the key sector of nanotechnology, along with procedures of risk management to maintain the economic and social benefits of the sector. Sessions dealt with key research areas such as analysis of nanomaterials, toxicology and ecotoxicology, and innovation and applications of nanotechnology to environmental issues.

The judges of the prizes thought the quality of the presentations and posters was really high and, from the Environmental Science: Nano team, we would like to thank all the students that attended or presented at the meeting.

For more details on ICEENN 2015 please visit the conference website.

Presentation for the prize winners of ICEENN 2015

Many congratulations on this achievement from the Environmental Science: Nano team

Comments Off on Environmental Science: Nano winners at ICEENN