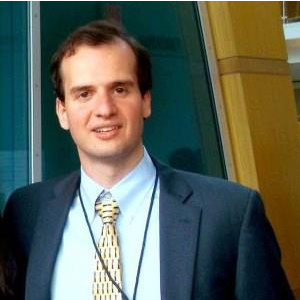 We are delighted to introduce our latest Analytical Methods Emerging Investigator, Charles Mace! 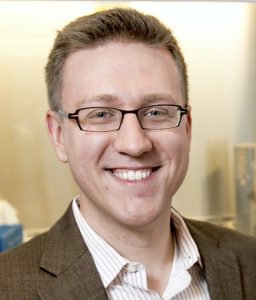 Dr Charles Mace earned his BS from Le Moyne College in 2003, followed by an MS (2006) and PhD (2008) from the University of Rochester in the laboratory of Prof. Benjamin Miller. He was then a postdoctoral scholar in the laboratory of Prof. George Whitesides at Harvard University from 2008–2011. Prior to joining the faculty at Tufts in 2013, he was a senior scientist at Diagnostics For All. Charlie is the Vice Chair for the upcoming 2020 Gordon Research Conference on Bioanalytical Sensors.

Read Charles’s Emerging Investigator series paper “Determination of sample stability for whole blood parameters using formal experimental design” and find out more about him in the interview below:

Your recent Emerging Investigator Series paper focuses on determination of sample stability for whole blood parameters. How has your research evolved from your first article to this most recent article?
Whether you’re asking about my first article as a graduate student or as PI, I have been fortunate to have a consistent scientific narrative in my career—creating technologies that can lead to improved access to healthcare. In graduate school at the University of Rochester, I developed a label-free, optical biosensor platform that I was applying to, among other things, characterizing the immune response to flu infections to help create improved vaccines. My first article on that technology described a sensor to detect pathogenic E. coli. In comparison to what my lab at Tufts University works on now (paper-based microfluidic devices), it was all very high tech. My first independent article described a new paper-based device architecture that could be used to perform immunoassays. It can be thought of as being analogous to a lateral flow test, but something that could be integrated more readily into the kinds of point-of-care hematology devices that we are pursuing. Some of that work is seen in this article.

What aspect of your work are you most excited about at the moment?
Can I say everything? I’m like a kid in a candy store when it comes to the research that is going on in our lab right now. We have projects related to point-of-care diagnostics, tissue engineering, materials science, and more. We are very collaborative with groups at Tufts and other universities and institutions, and we like being able to bring our expertise to many different areas of research. Being able to jump back and forth between these projects (and support and mentor the students leading these efforts) keeps my enthusiasm level high on a day-to-day basis. Ultimately, it is a major goal of my independent career to develop something “real” — an assay or device that other people can actually use. I think that we are close to that goal on multiple fronts.

In your opinion, what are the key design considerations for developing diagnostic assays for biological parameters?
We like to start with the end goal in mind: what does the user need? This answer is partly related to typical parameters like the desired sensitivity and specificity of the assay, but includes a number of other concerns too. Costs are always an obvious issue when the assay is intended for use in limited-resource settings. While we try to be as economical as possible, academics are actually really bad at estimating what the price of a test will be from the costs required to develop them. A consideration that we have been really focusing on lately is how devices will be used. For example, we try to understand how to increase the capabilities of our devices to make them easier to use and minimize the number of steps a user will need to perform to conduct the test. Not only are those concerns practical and driven by conversations with potential users, but they also end up generating interesting research ideas.

What do you find most challenging about your research?
Blood is deceptively difficult to handle and analyze, which is unlike other biofluids that I have studied in the past like serum, oral fluid, or urine. Blood is a dynamic, living sample whose properties change over time. Understanding these challenges and identifying strategies to effectively account for them are the first steps to developing assays or devices to analyze blood. Particularly with our goals to create point-of-care hematology tests, like with our paper-based hematocrit assay, having a sample that was varying over time could influence how we interpret results and make experimental decisions. Since we need large volumes of blood to develop tests, we mainly rely on local vendors to supply our blood. It’s very fresh, but not “fingerstick” fresh. We would require many many fingers to support our work! Honestly, that was the genesis of this manuscript. Lara (the first author on this paper) identified a problem that could affect her research objectives, devised a plan to understand the variables leading to instability of her blood samples, and demonstrated their impact in a clear way. These are challenges worth solving because the impact of this kind of point-of-care device could be felt worldwide. We have to get a lot of things right at this stage of the research.

How do you spend your spare time?
These days, my main hobbies are chasing around my toddler, teaching him proper animal noises (he’s nailed bear and whale, but can’t quite get sheep), and going to swim class with him. In our quieter moments at night, my wife and I really enjoy cooking together. Sometimes, we will even make competitions out of it by limiting ingredients or forcing together certain combinations of ingredients. It’s a different way of being creative, lets us try new foods, and it helps us share a common passion. Watching reruns of The Office (American version!) for the fifth time is also a common passion.

Which profession would you choose if you were not a scientist?
I actually started college with the goal of becoming a high school history teacher. Even though those plans changed really quickly, teaching and communicating have always been passions of mine. That being said, I would probably start a microbrewery with my wife that made great IPAs and tater tots.

Can you share one piece of career-related advice or wisdom with other early career scientists?
I love this job and it is ultimately very rewarding, but it can be difficult, overwhelming, and potentially even lonely at times. That is particularly true when you are just starting out and trying to find your voice. Surround yourself with colleagues and mentors that can provide support and guidance. And remember to willingly offer that support to others! You don’t need to go through it alone just to prove your ‘independence’. This is just as true for graduate students as it is seasoned PIs.