Members of RSC Editorial Boards and staff have just returned from the RSC India Roadshow. More than 1500 delegates attended the three events in Kolkata, Bangalore and Pune, where both international and local speakers presented their latest research.

At each event Professor George Whitesides, Chair of the Lab on a Chip Editorial Board, gave a plenary lecture which was followed by parallel symposia on Chemical Biology and Physical & Materials chemistry. Visit the RSC India Roadshow website to see more information and photos from the events.

The final day of the OBC symposium saw us arrive at Peking University. 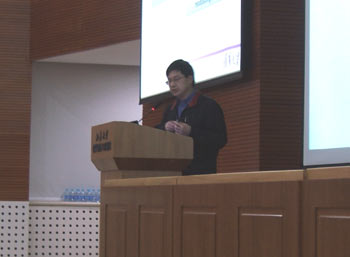 The day opened with PKU head of organic chemistry Professor Zhenfeng Xi welcoming us to the institute, and this was followed by Andrei Yudin’s final presentation and then Professor Guanxin Liang from Nankai University showing a variety of natural product syntheses from his lab. The morning was rounded off by Dirk Trauner.

The first afternoon session showcased the work of Professors from two institutes in Beijing. Professor Lei Liu from Tsinghua University presented on protein synthesis while Professor Sanzhong Luo from the Institute of Chemistry, Chinese Academy of Sciences showed his latest research on asymmetric binary-acid catalysis.

The second afternoon session saw OBC Chair Jeffrey Bode giving another demonstration of his research into amide-forming reactions, and then Professor Zhi-Xiang Yu from Peking University gave an interesting overview of the potential power of computational chemistry in natural products synthesis.

Our visit to Beijing was a great way to finish this first OBC symposium and we’re very grateful to local organiser Professor Jianbo Wang and all of the speakers.

Following a successful first day in Shanghai, the OBC Symposium travelled to Lanzhou. On arrival we were greeted by a huge banner opposite the entrance. No one visiting the University would be in any doubt that OBC were in town! 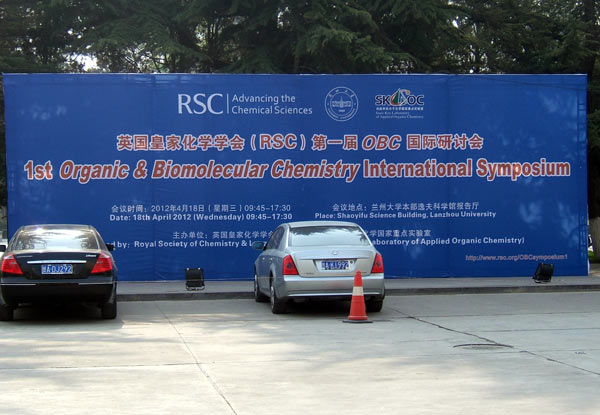 The OBC symposium banner at the entrance to Lanzhou University

The day started with a welcome by Director of the State Key Laboratory of Applied Organic Chemistry at Lanzhou Professor Yongqiang Tu, which was followed by Dirk Trauner’s presentation on natural product synthesis. The morning was rounded-off by Professor Xiaoming Feng from Sichuan University, who guided us through his research on asymmetric catalysis using chiral N,N’-Dioxide ligands. 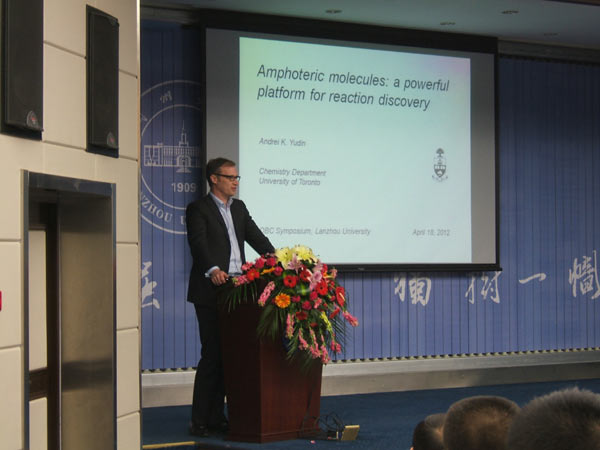 Following lunch Professor Hongbin Zhang from Yunnan University presented the syntheses of some bioactive alkaloids. Professor Tu then returned to the stage to continue the natural products synthesis theme by giving an overview of his work on syntheses which employ 1,2-migration reactions. Andre Yudin gave another overview of his work using amphoteric molecules and the final talk of the day was given by Professor Hanmin Huang from Lanzhou Institute of Chemical Physics, on C-C and C-N bond formation via C-H activation.

All in all it was a very enjoyable visit to Lanzhou. Our thanks go to Professor Tu for hosting us, Professor Wei Wang and his colleagues for local organisation and to all the speakers. 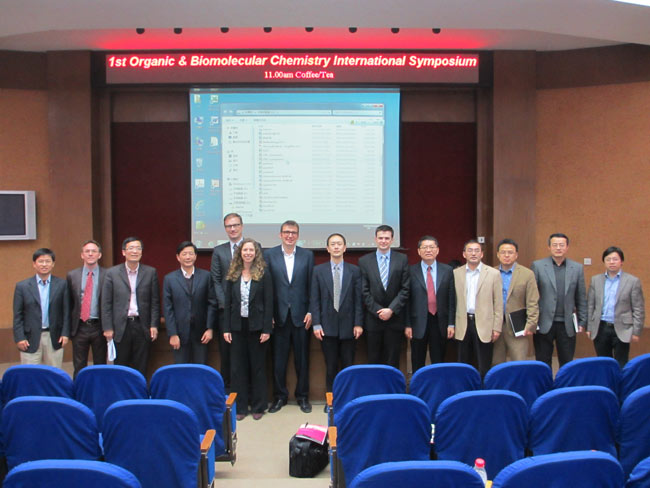 Participants at the OBC Symposium at SIOC

First stop for the symposium was Shanghai Institute of Organic Chemistry, and day was started with an introduction from SIOC Director Professor Kuling Ding. The opening lecture was given by Professor Guo-Qiang Lin, who gave an overview of his work on the synthesis of chiral dienes, useful ligands for transition metal catalysis. Following that OBC Chair Professor Jeffrey Bode (ETH Zurich, Switzerland) presented developments from his group on amide-forming reactions. After the break Professor Dawei Ma (SIOC) showed some of his recent work in the synthesis of the bioactive alkaloids Berbamine and the Communesins. 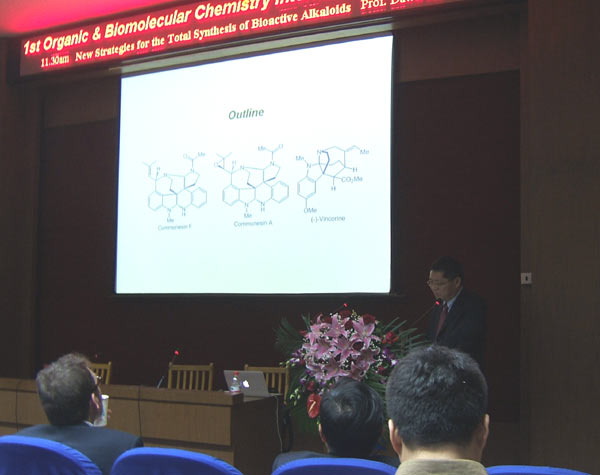 After lunch Professor Dirk Trauner (LMU Munich, Germany) gave an energetic overview of a number of natural product syntheses, probing reactions beyond the limits of biomimetic synthesis. Next up was Professor Xuhong Qian (East China University of Science and Technology, Shanghai), who gave an overview of his development of dyes for fluorescent sensing and anticancer applications. After coffee Professor Andrei Yudin (University of Toronto) described a number of areas where his group has been using amphoteric molecules, and the day was rounded off by Professor Yong Tang (SIOC) and his work with pendant-bisoxazoline ligands. 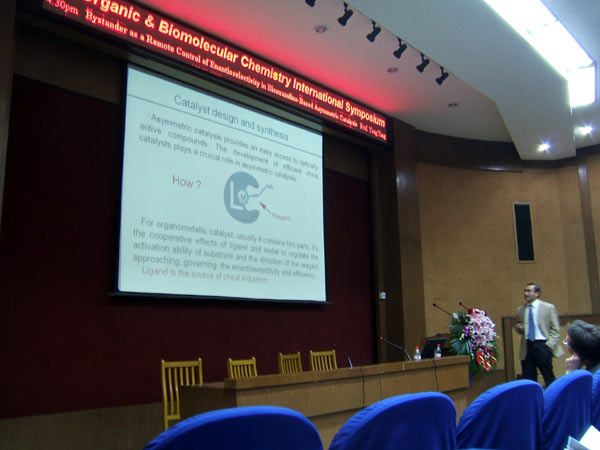 Many thanks to all the speakers, chairs and attendees for making this a successful start to the OBC Symposium. Particular thanks go to Professor Shuli You and his colleagues at SIOC for the local organisation of the meeting.

The first Organic & Biomolecular Chemistry International Symposium will take place in China in April 2012. The symposium will be comprised of three one-day meetings, each one featuring a selection of lectures covering organic and bioorganic chemistry by some of the world’s leading international scientists.

The Organic Division of the RSC on behalf of IUPAC is now inviting contributions to ICPO21: 21st IUPAC International Conference on Physical Organic Chemistry to be held 9 – 13 September 2012 at Durham University.

The submission deadline dates are:

Key topics that will be covered in the meeting include:

A broad range of scientists from across the whole community who share a quantitative perspective on chemistry will be there, providing an opportunity to discuss and celebrate the current status, development, and the future of physical organic chemistry.

In addition to outstanding plenary sessions, there will be three parallel sessions over the five days comprising invited lectures and contributed talks, as well as poster sessions.

The publication this week of OBC’s first issue of 2012 sees the journal doubling its frequency to 48 issues per year.

Since 2003 OBC has built on its core values of high impact research, good author service and rigorous, fair and timely peer review to grow into one of the leading journals in the field. It’s no surprise therefore that in the last four years the number of authors choosing to publish their articles with OBC each year has more than doubled. To accommodate this increased content we will now be publishing issues weekly.

To receive weekly updates on the latest research published in OBC, sign-up for our contents alerts.

This online theme issue will be published at the end of 2011. Submissions of communications and full papers can be made at any time but must be received by the editorial office by 15 August 2011 for peer review.

Submission and tracking of manuscripts can be done directly online at http://mc.manuscriptcentral.com/ob. Submissions should indicate in the “comments to the editor” section that they are for the foldamers web theme.

You can view other, recently published OBC web themes at http://pubs.rsc.org/en/journals/journalissues/ob#!themedissues

The OBC team will be attending a number of conferences in 2011 and we would be delighted to meet you. 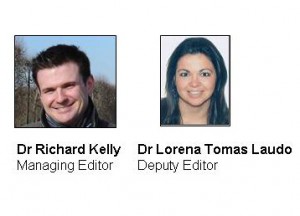 These are just some of the conferences where you can meet us in the coming months:

Please let us know if you are planning on attending any of these meetings as it would be lovely to meet you there.

We are delighted to announce that Professor Jeff Bode (ETH Zurich, Switzerland) will take position as the Chair of the Organic & Biomolecular Chemistry Editorial Board in January 2011.  The editorial team would like to congratulate Jeff and wish him well in his new role.

Professor Jay Siegel, the current Chair, will retire from his post at the end of 2010. Jay joined the Editorial Board at the journal’s inception in 2003 and became Chair in 2007. In the past 4 years Jay has overseen significant growth in the high quality content published in the journal. The Editorial team would like to thank Jay for all his work on OBC over the past eight years.