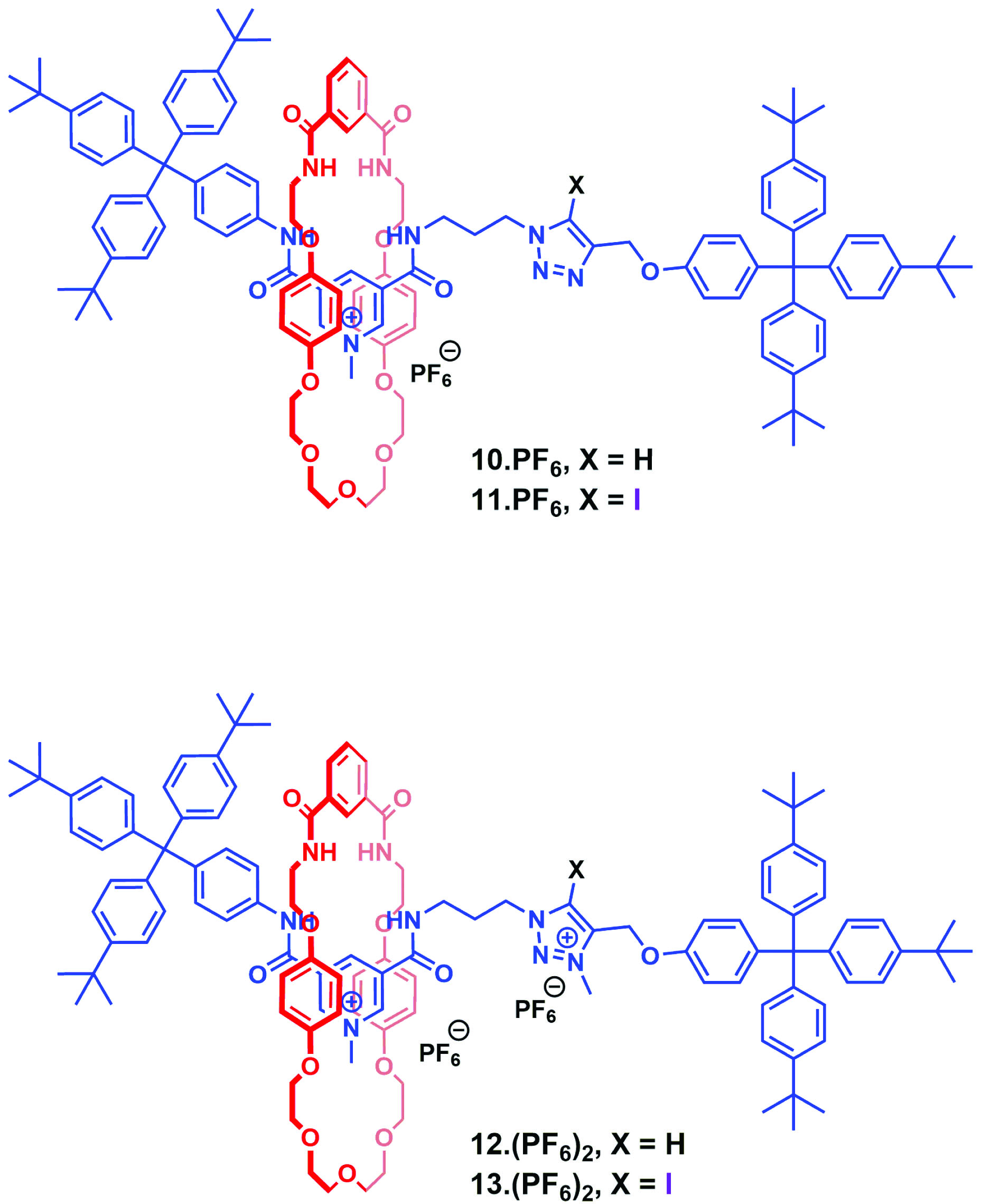 As part of an ongoing research programme in host-guest supramolecular chemistry, Professor Paul Beer of Oxford University has been developing methods for the synthesis of interlocking molecular architectures based on halogen bond donor motifs.

Halogen bonding interactions—the noncovalent, attractive interaction between an electron deficient halogen (X) and a Lewis base (B)—are slowly becoming more prevalent as a complimentary alternative to more commonly used binding interactions. Since its discovery in the late 1960’s, anion recognition chemistry has developed from an interesting area of academic research to a pillar of supramolecular chemistry. In recent years, there has been dramatic advancements within the field that have resulted in a number of practical applications such as organocatalysis involving ion complexation, ion extraction from mixtures and the development of sensory devices and molecular switches.

Anions play fundamental roles in a large number of biological, chemical, medicinal and environmental processes and nature’s binders typically complex anions through intricate networks of electrostatic interactions. The ability to mimic the selectivity of biological systems in artificial settings has been a longstanding challenge in this field.

In a recent OBC publication, the Beer group successfully synthesized two mono-cationic and two dicationic halogen and hydrogen bonding rotaxane anion recognition systems (see figure) and successfully demonstrated the enhanced binding affinity and selectivity of the dicationic halogen bonding analogue relative to its hydrogen bond-containing counterpart. In addition, the dicationic halogen bonding system displayed an enhanced preference for binding to bromine anions over other halides, nitrate and dihydrogen phosphate oxoanions. NMR binding studies reveal that the enhanced strength and selectivity of halide recognition is the result of chelated charge assisted halogen bonding interactions in the dicationic system. This study elegantly demonstrates efforts in exploiting the XB chelate effect to improve anion binding affinity and selectivity. Halogen bonding is still an emerging area of research however, examples such as this highlight its utility as a complementary mode of binding when compared to other more established interactions and will no doubt lead to an evolution in anion receptor design.


To find out more see: