Hosted by Professor Masahiro Terada at Tohoku University, the symposium featured speakers from the host university, Nihon University and Hokkaido University, along with international members of our journals’ Editorial Boards. 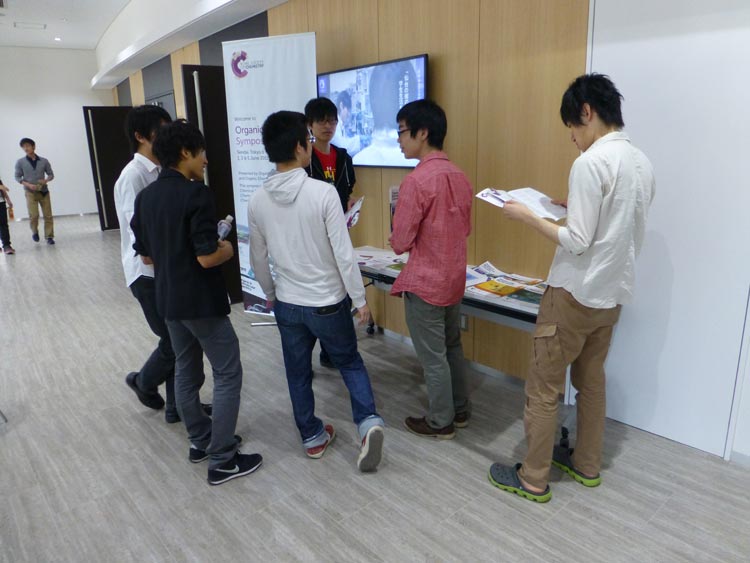 Tohoku University students outside the auditorium

First up was Professor Hidetoshi Tokuyama from Tohoku University, presenting on his syntheses of dihydrooxepine-containing epidithiodiketopiperazine natural products, then Erik Sorensen from Princeton University and the Editorial Board of Organic Chemistry Frontiers talked about some of his latest research in C-H functionalization. 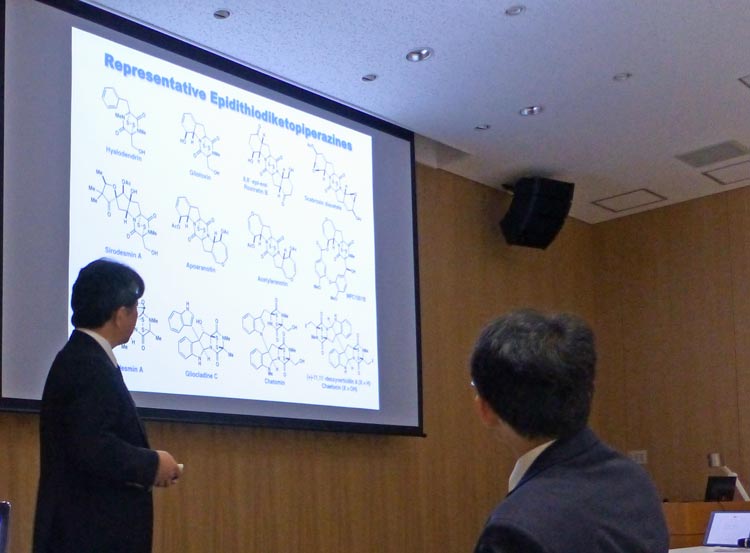 After lunch the packed audience saw talks from Professor Hiroyuki Isobe from Tohoku University on his latest research on cycloarylenes, and then Huw Davies from Emory University and the ChemSocRev Editorial Board talked about the NSF CCI Center for Selective C-H Functionalization, a really innovative collaboration between researchers in the US. 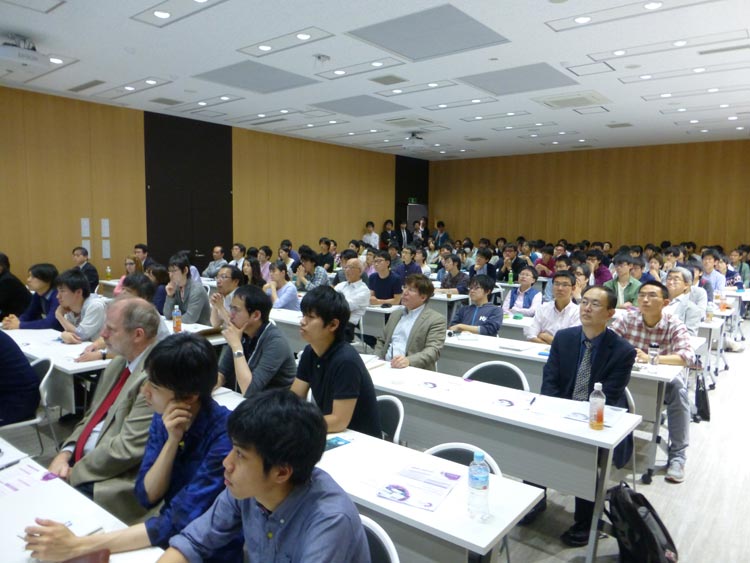 The packed audience in Sendai 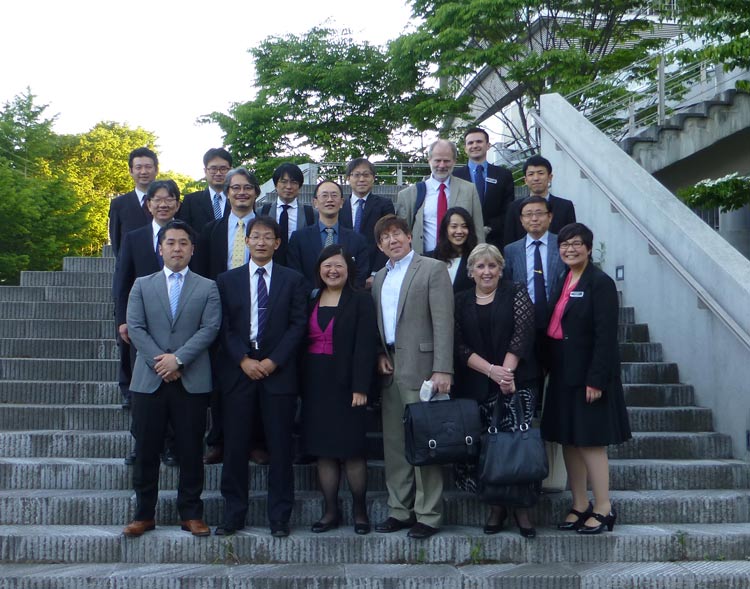 Hosts, speakers and the Royal Society of Chemistry team

The day was rounded off with plenary lectures from Professor Masaya Sawamura from Hokkaido University on hydrogen bonding with nonpolar sp3 C-H bonds in enantioselective cooperative metal catalysis, and Professor Margaret Brimble from University of Auckland and the Organic & Biomolecular Chemistry Editorial Board on some of her latest syntheses of benzannulated spiroketal natural products.

We’d like to thank Professor Terada and his colleagues for making it such a great symposium!