The role of advanced nanomaterials in tackling key global challenges 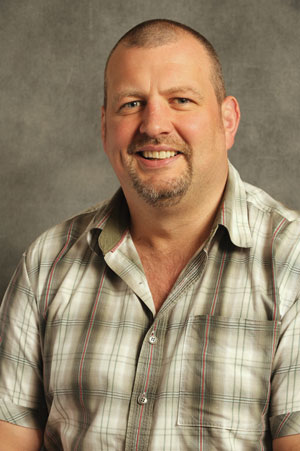 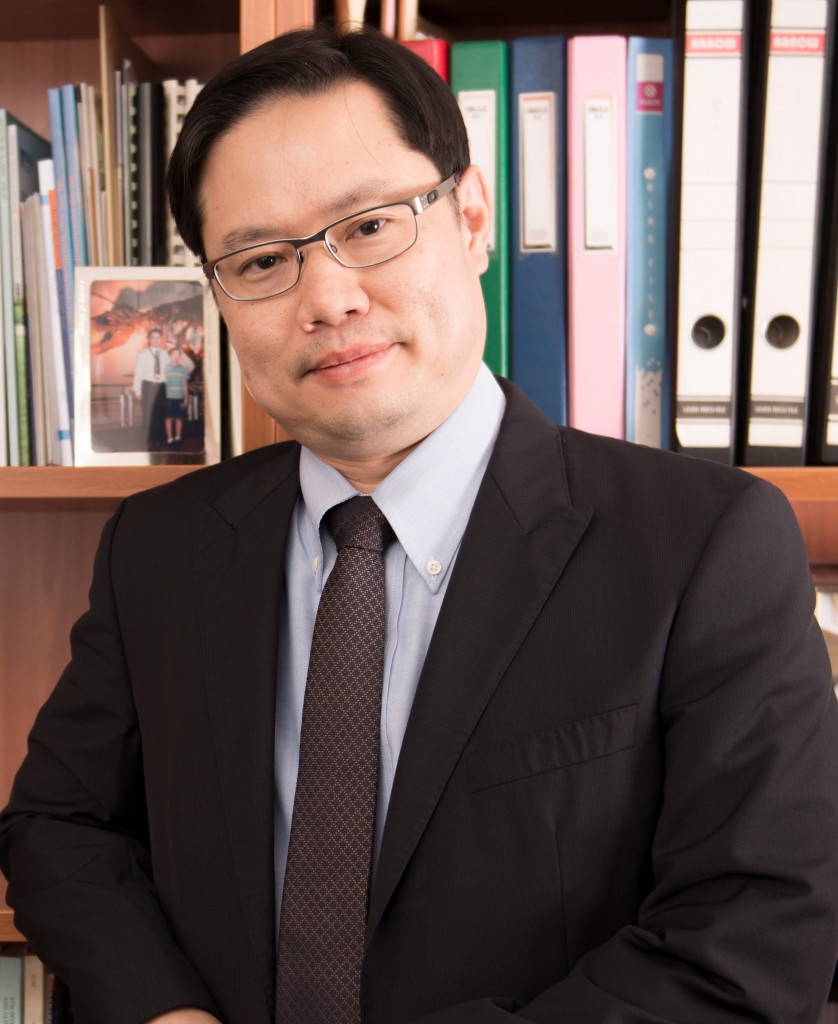 As human demand on earth’s limited resources continues to grow and evolve, global challenges are emerging that require solutions to sustain the quality of life and improve communities where socio-economic disparities remain.  The chemical sciences, and in particular advanced nanomaterials, can play a leading role in providing solutions to some of these global challenges.  Top of the list in terms of the most pressing global challenges is the change in our environment.  For instance, the quality of air that we breathe is being affected by industrialization and other human activities. Can more efficient chemical processes be devised to reduce the release of pollutants into the atmosphere? Or can new materials be produced which sequester and maintain the quality of the air which we are used to breathing?

Climate change has been discussed since the 1830s and it is clear that human activities are having a highly detrimental effect on our climate.  Can nanoscience provide solutions to reduce the rising temperatures experienced globally? Can chemistry have a role in understanding some of the mechanisms that are resulting in climate change and as a result provide effective mediation measures?

Water is the major component of the surface of our planet – however an alarmingly large number of countries struggle to have access to this most basic necessity for drinking, agriculture and sanitation.  Can chemistry and advanced nanomaterials provide solutions to new desalination processes? Or be used to harness solar energy to provide sanitation in remote parts of the globe?

In addition to our environmental concerns, the human population is increasing in some parts of the world which results in a greater demand for food, energy and agricultural lands; this all contributes to increasing food prices.  Can we find chemical solutions to enhance the ability to feed our growing population and can these be effective solutions in the areas that need it most?

With a rapidly aging population in many developed countries, health is also a concern across the globe.  People are living longer – health monitoring and diagnostics create the need for wearable, portable sensors. With the boundaries between countries becoming increasingly transparent, infectious diseases, caused by rapidly mutating biological agents, are potentially worrying. Anti-microbial resistance features prominently in the national research agenda of many countries. Drug discovery is taking longer and costing more than it should.  Can chemistry, and in particular advanced nanomaterials, play a role in addressing some of these health challenges which are common to all countries across the globe?  Can we produce new materials for sensing, diagnosis of disease or produce a therapeutic effect using different mechanisms to traditional small molecule drugs?

Finally, all of the earth’s activities require energy and we have to move towards a sustainable energy future.  Can chemistry play a role in providing new materials which can harvest solar energy efficiently? Furthermore, can we safely harness the potential cleanliness of nuclear fuel? How can bioenergy be used to create a sustainable future based on renewables?  These global challenges affect everyone on the planet and unless steps are taken now, with a strong scientific basis for the solutions, the future health and wellbeing of the global civilisation is at risk.

In April 2016, the Royal Society of Chemistry organised a joint meeting with colleagues in Singapore, the theme centred on the use of advanced nanomaterials to address global challenges.  The meeting was hosted by the National University of Singapore with a range of speakers from both the UK and Singapore, covering specific research topics ranging from 2D materials to advances in inorganic and organic semiconductor quantum dots for biomedical applications.  The British High Commission were also present at the meeting to give a perspective on focused areas recognized as mutually important to national interest. Research presentations were given by:

There was enthusiastic discussion on the role of advanced nanomaterials to address common challenges between both countries.  Tom Crawley from the British High Commission gave an overview of the British Government’s position in relation to joint working between the two countries.  He explained that 3% of the world’s research staff are based in the UK but they produce 14% of the world’s scientific innovations.  In line with its ambition to become a regional innovation hub, Singapore also has a high concentration of researchers, and has one of the highest R&D spending per capita among developing nations.  For example, the Research, Innovation and Enterprise (RIE) plan announced by the Prime Minister of Singapore is investing 19 billion Singapore dollars for the next five years, with emphasis on translational research which can create value for Singapore. This is similar to Singapore in terms of matching like with like and Singapore can be viewed as a working model of the future in a number of advanced technology areas, for example, autonomous vehicles.  Topics of national interest to both the UK and Singapore include energy storage, medical technologies, environmental improvements, including water purification and air quality, as well as information security.  These were areas where advanced nanomaterials were predicted to play an important role in the future.

The discussion brought forward a number of key points in the field of advanced nanomaterials which are relevant to the academic community. The participants deliberated on the synergies and opportunities that exist between the UK and Singapore for collaboration.  These were:

1-    Greater interaction between materials scientists and clinicians, with the clinicians defining the end user pull for nanomaterial research in terms of emerging clinical problems.  For example, rapid diagnosis of disease using the unique optical properties of nanomaterials. The barrier to adoption in terms of technical and policy regulation can be a hurdle for translating research outcomes. Both countries can benefit if UK and Singapore researchers learn from each other’s experiences in taking forward new technologies and translating them into the clinical end user community.

2-    Novel materials for the catalysis of CO2 conversion to useful chemicals. Reducing carbon footprints through CO2 capture and conversion are of immense interest to both Singapore and the UK in view of the pressing needs for environment sustainability in manufacturing processes.Greater interaction between materials scientists and clinicians, with the clinicians defining the end user pull for nanomaterial research in terms of emerging clinical problems.  For example, rapid diagnosis of disease using the unique optical properties of nanomaterials. The barrier to adoption in terms of technical and policy regulation can be a hurdle for translating research outcomes. Both countries can benefit if UK and Singapore researchers learn from each other’s experiences in taking forward new technologies and translating them into the clinical end user community.

3-    Novel materials for photovoltaics increasingly feature in the energy sustainability plans of both countries in terms of smart cities. Singapore is considered a living lab. Energy grid systems now need to be considered as opposed to specific individual isolated activities such as solar research.  Opportunities for new advanced nanomaterials in terms of energy conversion such as organic nanocomposites were highlighted as being particularly attractive. This is due to their easy prototyping in order to be used effectively in many public, as well as private applications and locations.

4-    Desalination of water where new membrane materials and classic materials could be used to provide greater drinking water security and efficiency.

5-    The final area identified where advanced materials could play a part was in biomass as a feedstock for high value chemicals.  Again there were parallels drawn between activities in the UK, in particular York and London where a critical mass of researchers working in this area exist.

In order to take this forward, innovation has to be a uniting theme in terms of the science coupled with high quality research.  In spite of the traditional gap between high quality, fundamental research and the applications, it is important to fund fundamental research as most game-changing disruptions originate from fundamental research.  The main challenge to scientists is learning how to clearly articulate their value propositions and their visions of how a value chain can be created in research among research establishments and the applied sector. In order to grow and accelerate this level of translation, researchers have to develop compelling and easy to understand prototype examples to communicate their value propositions to potential investors and funding agencies. To encourage greater engagement and synergy between the UK and Singapore in this field, it is felt that the Royal Society of Chemistry can play a role in bringing together like minded scientists based on their research knowledge. Agencies such as national research councils can support short term internships which could also be funded by universities to seed collaboration activities. This will hopefully escalate onto large scale, long term sustainable research programmes between the two countries.  Industries from both countries could benefit from such joined up activities and the role of the publisher could be to facilitate engagement, enhance opportunities for face to face interactions and to continue supporting the dissemination of high quality research in the field of advanced nanomaterials.

The outcomes from this workshop reflect a collective desire to work more closely with the two countries to accelerate and translate innovation relevant to solving global challenges.  Global issues such as depleting energy resources, environmental sustainability and aging populations are complex problems that have no boundaries. Solving them requires sharing knowledge across institutions and continents.  This workshop distils the high profile research in both countries and the collective view of scientists regarding the desire to create value for society from various forms of nanomaterials. 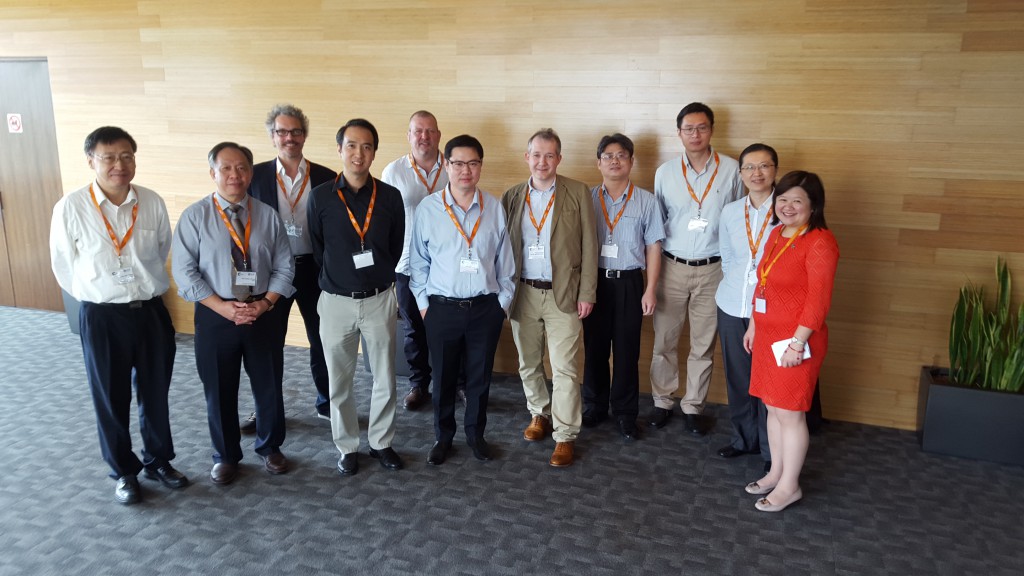