In this HOT article, tumour-specific targeting using superparamagnetic iron oxide nanoparticles (SPIONs) combined with ionising radiation is investigated. Heat shock protein Hsp70 is known to be expressed by cells exposed to stressful conditions or specifically on the membrane of highly aggressive tumour cells.  SPIONs, which are negative contrast agents for magnetic resonance imaging (MRI), were synthesised to contain the Hsp70 specific antibody (cmHsp70.1) to increase uptake into various tumour cells.

Conjugation of the cmHsp70.1 was accomplished by introducing amine groups to the dextran polymer coating of SPIONs, allowing covalent attachment to the carboxylic acid functional groups of the antibody through carbodiimide coupling. This was shown to dramatically increase loading of iron oxide into various tumour cells, compared to unconjugated SPIONs. By exposing cells to a non-lethal dose of ionising radiation, additional uptake could be achieved as cells express more of the heat shock mHsp70.

The differences in uptake can be seen in the figure below in both in vivo and in vitro environments using MRI and fluorescence microscopy, respectively. This approach has the potential to be clinically relevant for both diagnosis and therapy of tumours. 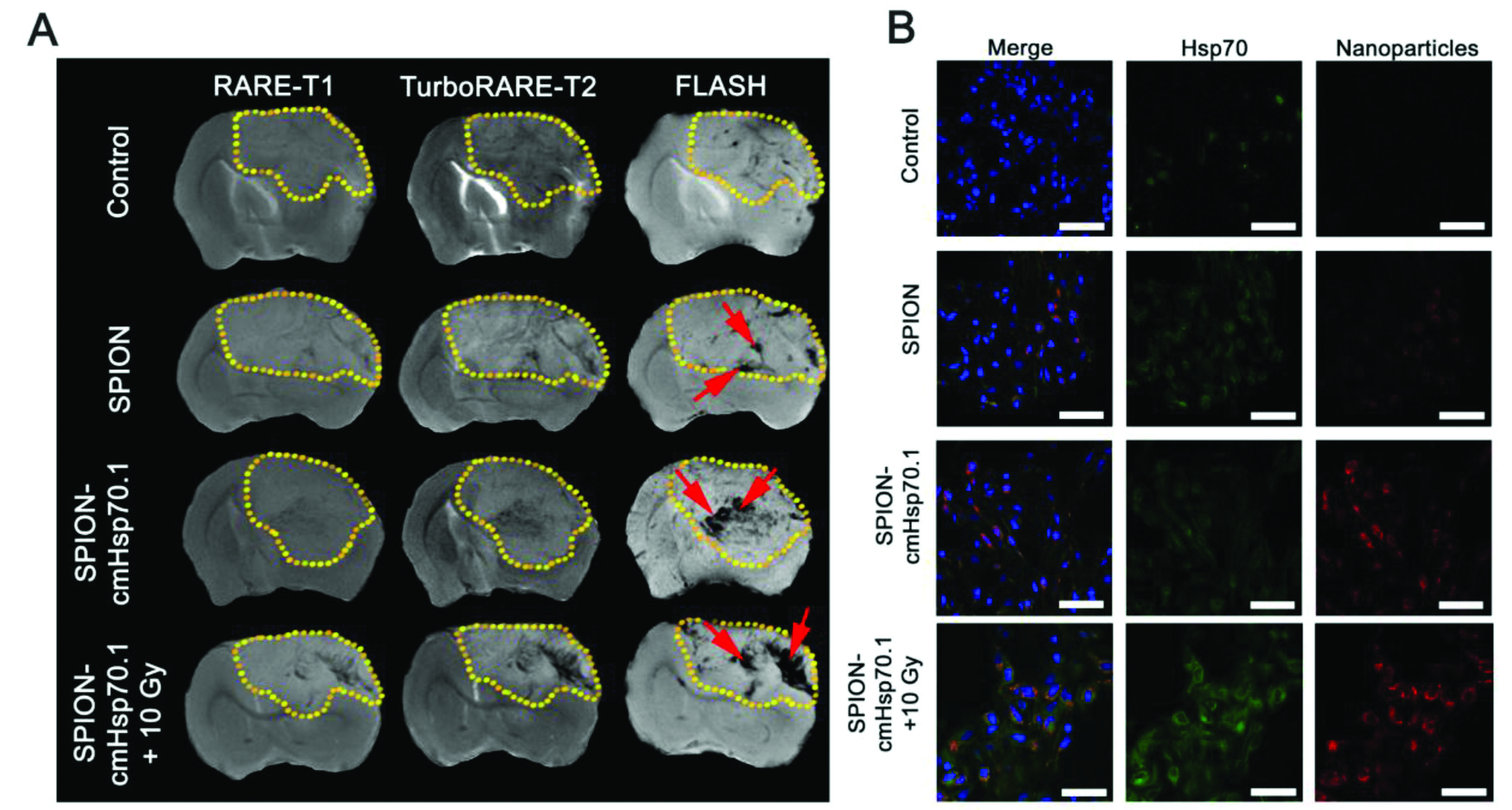