In an excellent review on the chemistry and applications of nanodiamonds (diamondoids), our first authors—Professors Peter Schreiner of the Justus-Liebig University, and Jean-Cyrille Hierso of the Institut Universitaire de France—explain how these fascinating structures are the next generation sp3-carbon materials supplied by nature (in gas and petroleum). These long overlooked “carbon gems” close the gap to the popular sp2-materials such as carbon nanotubes, fullerenes, and graphenes that have complementary properties. 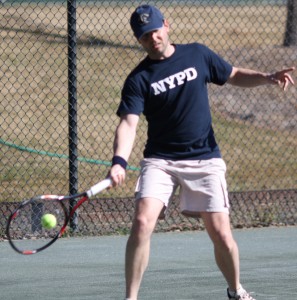 Peter’s goals for 2014 are to establish two recently introduced concepts more firmly. The first is the tunneling control of chemical reactions, where he has shown in a series of papers that tunneling can override kinetic and thermodynamic considerations, and should therefore be considered as the third paradigm to rationalize chemical reactivity. His second goal is to decipher the role of London dispersion interactions for chemical structures and in chemical reactivity. At a personal level, he would like to become a better tennis player, although he believes he has already begun struggling with typical age limitations! 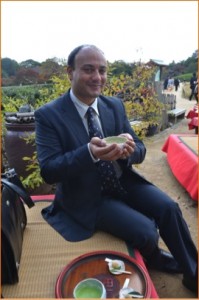 For his part, Jean-Cyrille plans to continue to promote science and to continue contributing to the “blossoming” of his co-workers.

Professor Masanari Kimura of the Nagasaki University in Japan is interested in the development of new reactions based on transition metals and heterocyclic chemistry, as is demonstrated by his January contribution on the formation of C—C bonds using allylzinc species and carbonyls.

Masanari says his inspiration for this work comes of course from Philippe Antoine Barbier and François Auguste Victor Grignard.

A major goal for Professor Kimura in 2014 is the development of novel and efficient organic syntheses of useful compounds from carbon dioxide. 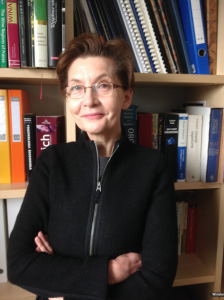 Professor Katarzyna Ostrowska of Jagiellonian University in Poland and co-workers have published an investigation on the design and sensing abilities of a range of integrated azaheteroarene fluorophores designed to recognize a variety of different ions. Katarzyna says that, “As an organic chemist, I was fascinated to see how the minor modifications of structure affect the fluorescence emission and recognition of zinc and indium metal ions.”

As for goals for the coming year, Professor Ostrowska comments, “In a recent publication I described the two different mechanisms of ligand binding to zinc and indium ions. In 2014 I hope to find out why these receptors selectively recognize zinc and how resonance effects can influence the quantum yields of different substituted fluorophores”.

Many thanks to all our authors who contributed photos and comments for this article.