Two graduate students, from Germany and Spain, received the Poster Prizes sponsored by NJC at the September 2012 symposium held in Toledo, Spain.

NJC sponsored two poster prizes at the recent 3rd International Symposium on Biological Applications of Dendrimers, held in Toledo, Spain at the beginning of September. Below I present the winners.

Ladies first! Franka Ennen is a 2nd year Ph.D. student in the group of Dietmar Appelhans and Brigitte Voit at the Leibniz Institute for Polymerresearch (IPF) Dresden, Germany. The group is interested in gaining a fundamental understanding of the interactions of natural and synthetic macromolecules such as dendritic glycopolymers or novel proteins for various applications. Franka chose to do her research thesis work at the IPR so as to acquire expertise in various physical/microscopic techniques such as TEM and AFM.

In her poster, “Uptake Behaviour of Oligosaccharide Modified Hyperbranched Poly(ethyleneimine) with Various Watersoluble B-Vitamins” Franka addressed the application of hyperbranched glycopolymers as chromatographic selectors and showed promising first results of oligosaccharide modified poly(ethylene imines) as stationary phases for selective and efficient separation in a chromatographic process, specifically capillary electrochromatography. This work was a collaboration between the IPF and Prof. Dr. Ludmila Anna Kartsova from the State University in St. Petersburg, Russia.

The second winner is Pablo Mesa Antúnez, also a 2nd year graduate student. After a first degree in chemistry and a Masters thesis on luminescent doped silica nanoparticles, Pablo is continuing his studies at the University of Malaga, in the Biomimetic Dendrimers and Photonic Laboratory. His research, supported by an FPI grant from the Spanish government and carried out under the supervision of Ezequiel Perez-Inestrosa, is focused on the development of new dendrimers based on amide bonds and with amine-terminal groups for biomedical applications.

Pablo’s poster on the “Synthesis of New Amine-terminal Dendrimers. The Alternative Henry Approach”, highlights precisely the possibilities given by the Henry approach in the synthesis of dendrimers to obtain different structures and the relatively easy way to obtain the sought-for dendrimer with the azide approach.

The symposium organizers also awarded a poster prize to Rosa M. Reguera, professor in the Department of Biomedical Sciences of the Veterinary School of the University of León in Spain, for her poster entitled “Carbosilane Dendrimers as Chemotherapy against Leishmania Parasite”. With her collaborators, Rosa has developed an in vitro high throughput screening system, which is based on genetically engineered Leishmania strains that emit infrared fluorescence in living cells, to test hundreds of potential antileishmanial compounds.

Collaborators include the Immune-Molecular Department headed by Dra. Muñoz-Fernández of General Hospital Gregorio Marañon in Madrid and Drs De La Mata and Gomez of the Inorganic Chemistry Department at the Universidad de Alcalá (Alcalá de Henares, Madrid). In their winning poster, carbosilane dendrimers were used as a drug delivery system to potentiate the therapeutic effect of antileishmanial drugs.

Congratulations to all of the winners for their excellent work, and we wish them continuing success in their research! 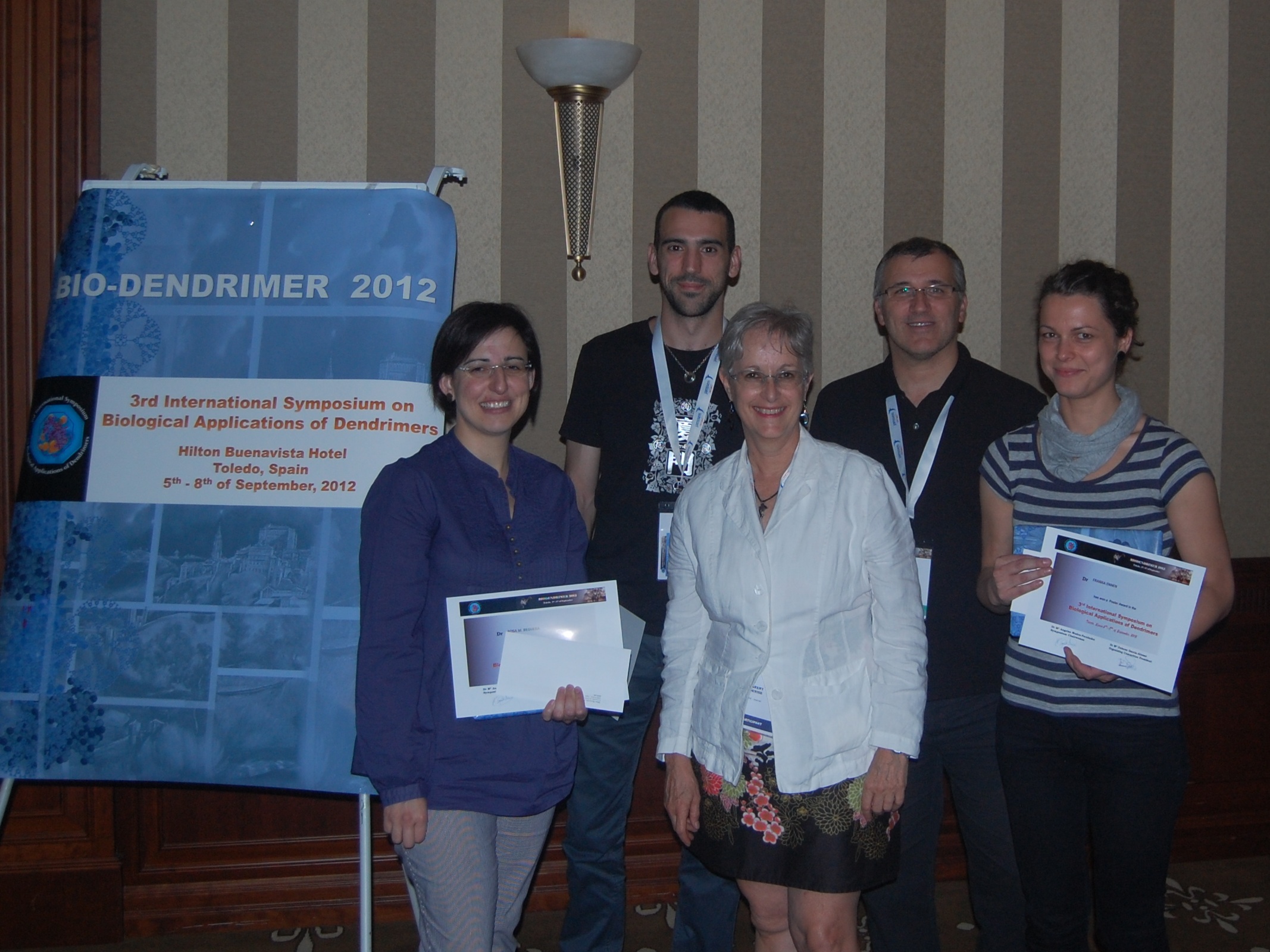