We are delighted to announce that Professor Mike Waring has joined the RSC Medicinal Chemistry Editorial Board as our newest Editor-in-Chief!

Mike said about joining as Editor-in-Chief: “RSC Medicinal Chemistry is one of the premier medicinal chemistry journals and we look forward to continuing to publish cutting edge science with the highest standards of rigour. I hope that the work published in the journal will lead to the continued dissemination and evolution of best practice in our discipline that will drive our ability to deliver new therapies more effectively.” 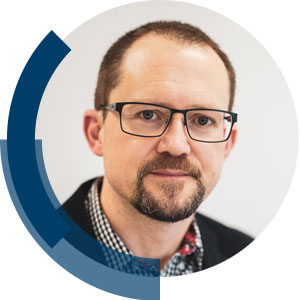 Mike Waring is Chair of Medicinal Chemistry at Newcastle University and Head of Chemistry for the Cancer Research UK Newcastle Drug Discovery Unit.  He was previously Principal Scientist in Medicinal Chemistry at AstraZeneca. He has worked mainly in the areas of diabetes and oncology and his work has contributed to the discovery of 14 drug candidates, including the marketed EGFR inhibitor osimertinib (Tagrisso™). He has made significant contributions to the field in many areas, perhaps most notably property-based optimisation, covalent inhibition, novel binding modes and new methods of hit generation.  He is a 2018 American Chemical Society Hero of Chemistry, recipient of the 2017 RSC Malcolm Campbell Medal, and an elected fellow of the Royal Society of Chemistry.

For more information, visit Mike’s webpage, and check out some of his publications from the RSC below.