We are delighted to announce that Professor Guo-Liang Chai has been selected by the EES Editorial Board as the winner of the 2018 “Energy & Environmental Science Readers’ Choice Lectureship”. 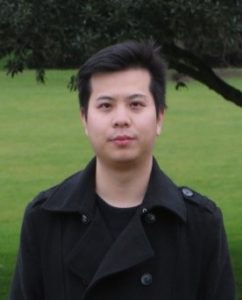 The Lectureship is awarded annually to one outstanding young scientist (within 10 years of receiving their PhD) who has published in the journal. The winner is selected by the EES Editorial Board from a shortlist of authors of the most-read articles from each issue of EES in the previous year.

Professor Guo-Liang Chai has been a Professor at Fujian Institute of Research on the Structure of Matter (FJIRSM), Chinese Academy of Sciences (CAS) since 2016. He received his Ph.D. in 2012 from FJIRSM, CAS. After that, he worked as a Postdoc at Tokyo Institute of Technology from 2012 to 2014, and then joined University College London as a Research Associate from 2014 to 2016. His current research interests focus on functional materials for energy storage and conversion.