It is with great pleasure that we announce Prof. Zhuang Liu (Soochow University, China) as the recipient of the 2017 Biomaterials Science Lectureship.

Read on to find out more about Zhuang… 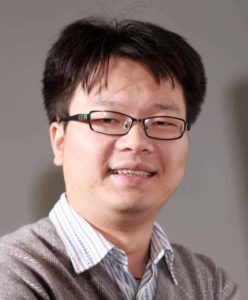 His current research interests focus on the development of various synthetic functional nanomaterials as well as natural biomaterials for applications in biomedical imaging, drug delivery, and novel cancer therapies. Since 2005, Dr. Liu has authored over 255 peer-reviewed papers, which have been cited over 27,000 times. He was listed as one of the ‘Most Cited Chinese Researchers (Materials Science)’ by Elsevier in 2014 and 2015, and one of the ‘Highly Cited Researchers 2015 (Chemistry, Materials)’ by Thomson Reuters. He received the NSFC distinguished young scholar award in 2015.

To learn more about Zhuang’s research, have a look at his recent publication in Biomaterials Science:

Please join us in congratulating Zhuang on his award!

One Response to “2017 Biomaterials Science Lectureship awarded to Zhuang Liu”