Read on to find out more about Fan… 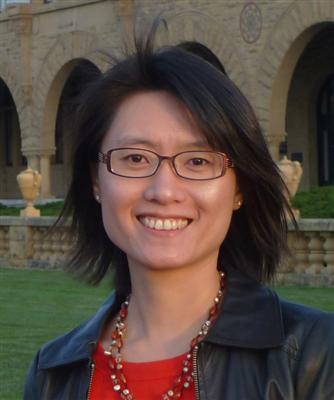 Fan Yang is currently an Assistant Professor at Stanford University in the Departments of Orthopaedic Surgery and Bioengineering, and Director of Stanford Stem Cells and Biomaterials Engineering Laboratory. Her research seeks to understand how microenvironmental cues regulate stem cell fate, and to develop novel biomaterials and cell-based therapeutics for tissue regeneration, with special focus on treating musculoskeletal diseases, cardiovascular diseases and cancer.

Prior to joining Stanford, Dr. Yang received her Ph.D. in Biomedical Engineering from Prof. Jennifer Elisseeff’s lab at Johns Hopkins University, and then completed a postdoctoral fellowship in the laboratory of Prof. Robert Langer at MIT. In recognition of her innovation, she was selected to be one of 2011 TR35 Global list honorees by Technology Review, which recognizes the world’s 35 most outstanding innovators who are younger than 35.

Take a look at Fan’s recent Biomaterials Science article to find out more about her current research:

Keep your eyes peeled for Fan’s upcoming Biomaterials Science article in honour of the Lectureship award.

Please join us in congratulating Fan in her fantastic achievements by adding your comments below.