We are delighted to welcome our new Associate Editors Professor Junjie Zhu and Professor Baohong Liu to the Analyst Editorial Board! 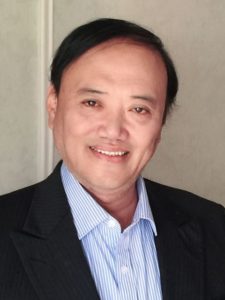 Professor Zhu is a professor at School of Chemistry and Chemical Engineering, and State Key Laboratory of Analytical Chemistry for Life Science, Nanjing University. He is looking forward to receiving your submissions on electroanalytical chemistry, in vivo analysis, analytical nanoscience and bioanalytical sensors.

Professor Liu is a professor at the Department of Chemistry and Institute of Biomedical Sciences at Fudan University. She is looking forward to receiving your submissions on analytical nanoscience, bioanalytical sensors, electroanalytical chemistry, microfluidics and miniaturized devices, mass spectrometry and surface chemistry.

“Both are very happy to join the editorial team of Analyst, they are looking forward to read your excellent work in the journal.”

Please join us in welcoming Professor Zhu and Professor Liu and do submit your best work to their editorial office.

Professor Liu and Professor Zhu have highlighted these exceptional articles recently published in Analyst. We hope you enjoy reading all these articles listed here!

You can keep up to date with the latest developments from Analyst by signing up for free table of contents alerts and monthly e-newsletters.

We are delighted to announce the appointment of Nicole Pamme as Associate Editor to the Analyst Editorial Board. 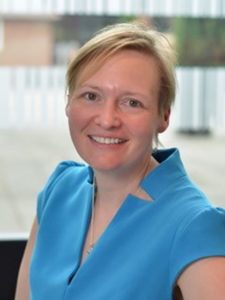 Nicole Pamme is a Professor in Analytical Chemistry in the Department of Chemistry and Biochemistry at the University of Hull. Her research activities focus on lab-on-a-chip devices for pharmaceutical, clinical and environmental analysis, biomedical research with tissue-on-a-chip devices as well as process integration and material synthesis in collaboration with Chemistry, Engineering and Biomedical Sciences. She has authored >100 peer reviewed publications, patents and book chapters in this area. Nicole studied Chemisty at University of Marburg (Germany), graduating with the title of Diplom-Chemiker, with a thesis on analytical chemistry for explosives residues in water and soil. For her PhD studies, she moved to Imperial College London (UK) where she worked under the supervision of Prof. Andreas Manz in ‘Single Particle Analysis in Microfluidic Chips’. This was followed by a 2 year stay as Independent Research Fellow in the International Centre of Young Scientists (ICYS) at the National Institute for Materials (NIMS) Sciences in Tsukuba (Japan). In December 2005, she was appointed as Lecturer in Analytical Chemistry at the University of Hull in the UK and has been promoted to Senior Lecturer (2011) and Reader (2013) and finally full professor in 2014. Nicole chaired the microTAS 2016 conference in Dublin (Ireland) and serves on the Board of Directors of the Chemical and Biological Microsystems Society (CBMS), currently as Vice President. She is a Fellow of the Royal Society of Chemistry (FRSC) and a Fellow of the Higher Education Academy (FHEA).

We welcome Professor Nicole Pamme and her expertise to the Analyst Editorial Board as an Associate Editor.

Nicole has highlighted these exceptional articles recently published in Analyst, including her thoughts on the impact they are having on the community. We hope you enjoy reading all these articles listed here!

“Dual purpose fibre – SERS pH sensing and bacterial analysis: Paper microfluidics for in vivo analysis and sample taking – a research team from Edinburgh used wax patterning of filter paper to control nanoparticle deposition required for surface-enhanced Raman spectroscopy. The small filter patches are attached to an optical fibre, that is ‘bronchoscope-deployable’, and can carry out not only in vivo sensing, but also capture a sample at a desire location for downstream bacterial analysis.”

“Environmental analysis of heavy metal pollution at fM levels – The Compton Group in Oxford have developed an electrochemical method that allows sensitive and specific analysis of mercury pollution in drinking water, at levels well below the WHO limits.”

“Benchtop NMR with high sensitivity – A team from the Universities of York and Strathclyde demonstrated how para-hydrogen (p-H2) based signal amplification by reversible exchange (SABRE) can be used to enhance the sensitivity of benchtop NMR measurements by factors of tens of thousands, enabling 2D NMR measurements.”

“Cell imaging with multi-purpose markers – A team from the University of Leeds has synthesised a photosensitizer that is fluorescent and exhibits a strong Raman signal. This allows for imaging of cancer cells with two spectroscopic techniques and may also enable external stimulation via light to alter cell activity.”

You can keep up to date with the latest developments from Analyst by signing up for free table of contents alerts and monthly e-newsletters.

We are delighted to introduce our latest Analyst Emerging Investigator, Deanpen Japrung! 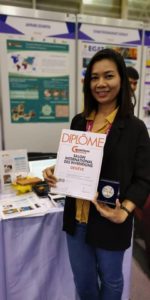 Deanpen Japrung received a BSc in Medical Technology from Chulalongkorn University and a MSc in Biochemistry from Mahidol University, Thailand. In 2010, she received a DPhil in Chemical Biology from the University of Oxford under supervision of Prof. Hagan Bayley. A post-doc in Prof. Joshua Edel and Prof. Tim Albrecht’s lab at Imperial College London followed this. In 2012, she became a researcher in Nano-Molecular Target Discovery laboratory, National Nanotechnology center (NANOTEC) and she was promoted to be a team leader of this lab in 2016. Since February 2019, she has also become a research group director of the Responsive Material and Nanosensor Research group. Her research has won awards from the Department of Medical Sciences (DMsc award in 2017), National Research Council of Thailand (NRCT research award in 2018), activity awards from the Diabetes Association of Thailand (in 2017, 2018 and 2019) and a silver medal from the 47th International Exhibition of Inventions, Switzerland (2019).  So far, she has published 20 papers, more than 20 Thai Patents and 1 US patent (Granted). Her research group is focusing on synthesis and functionalization of responsive nanomaterial and development of nanosensors for disease diagnosis.

Read Deanpen’s Emerging Investigator Series paper “Ultrasensitive detection of lung cancer-associated miRNAs by multiple primer-mediated rolling circle amplification coupled with a graphene oxide fluorescence-based (MPRCA-GO) sensor” (free to access until the end of August 2019) and find out more about her in the interview below:

Your recent Emerging Investigator Series paper focuses on detection of lung cancer-associated MicroRNAs. How has your research evolved from your first article to this most recent article?

After these two publications, we have known how to deal with the graphene oxide quencher system, therefore we have continued develop the nanosensor platform using the reduce graphene oxide system to quench the fluorescence signal tag before binding to the other target molecules, such as DNA, RNA and other proteins. In the recent paper published in Analyst, apart from designing of new multiple primers, templates and using new ligase enzyme, we also used reduced graphene oxide to be a fluorescence quencher for detection of isothermal amplification product of target miRNA (miR-16, 21 and 210), which are biomarkers for lung cancer screening.

In your opinion, what are the key design considerations for developing sensors for MicroRNA detection?

I think the key design considerations for miRNA analysis is how to improve sensitivity, specificity and quantitative ability of the detection platform. More than 1000 types of microRNA (miRNA) have been discovered in the human body, however just small amount (<1 ng/mL) of miRNA is expressed and released into the blood circulation.

The biggest challenges when conducting any research are finding real life applications for the research and how to commercialize the findings. To do all this, a research group consisting of multidisciplinary expertise is essential. An effective action plan is also vital.

I am also a founder of the “Japrung Foundation for Rural Education” (2015-present). Our aim is to help poor students from the rural areas of Thailand. We do this by motivating them to believe in their own ability. The Foundation also offers scholarships.

If I were not a scientist, I would love to be a writer because I love writing. I have been invited to write science articles in Thai newspapers, such as the Thai Post.

I have always followed four steps to make me a happy scientist. These steps are adapted and combined from my favorite book “Good luck” and the advice from a global career strategist, Laura Sheehan.

1) Be open and ready to change.

We are delighted to draw your attention to the recent Analyst themed issue highlighting work on next wave advances in single cell analyses focusing on emerging analytical advances in metabolomic, lipidomic, proteomic, and glycomic approaches – as well as high-dimensional approaches that unify multiple aspects of single-cell biology and medicine.

This collection was put together by Guest Editors Takehiko Kitamori (University of Tokyo, Japan), Amy E. Herr (University of California, Berkeley, USA), Ulf Landegren (Uppsala University, Sweden) and Masood Kamali-Moghaddam (Uppsala University, Sweden), who worked hard to create this issue and ensure that its content was of the highest quality. An Editorial by the Guest Editors prefaces the collection.

All papers in the collection are free to access until the end of May 2019 with an RSC Publishing Account.

We hope you enjoy reading the full collection. Take a look at a small selection of excellent articles featured in the collection below:

Keep up to date with Analyst throughout the year by signing up for free table of contents alerts and monthly e-newsletters.