Congratulations to the RSC Award winners at SciX2016!

Congratulations to the RSC award winners who received their prizes at the RSC Awards Symposium, held on Monday 19 September at SciX2016, Minneapolis, USA. 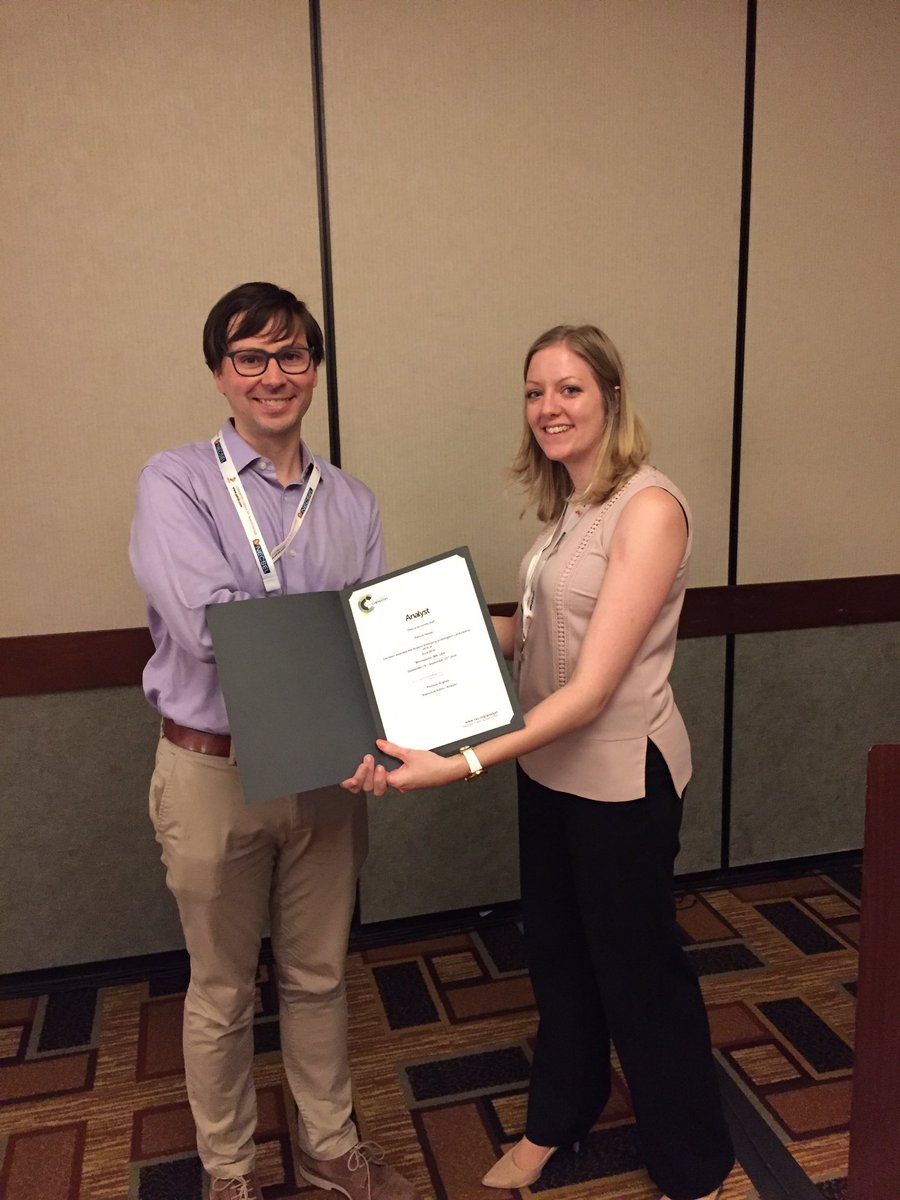 This lectureship was launched as a platform for an early career analytical scientist to raise the profile of the analytical sciences to the wider scientific community and general public. The candidates were asked to submit an original essay of no more than 1000 words highlighting the significant and wide-reaching impact on scientific and societal issues related to this year’s theme of health in the analytical sciences. The awardee receives up to £2000 contribution towards travel and accommodation costs to attend and present a lecture based on their research at a leading international meeting. Their essay will also be published as a Perspective article in Analyst.

The Chair of Analyst, Professor Duncan Graham (University of Strathclyde), was also awarded the RSC Theophilus Redwood Award 2016. The Theophilus Redwood Award is given to a leading analytical scientist who is also an outstanding communicator and is awarded to Duncan for innovation and leadership in exploiting surface enhanced Raman spectroscopy in the analytical community. 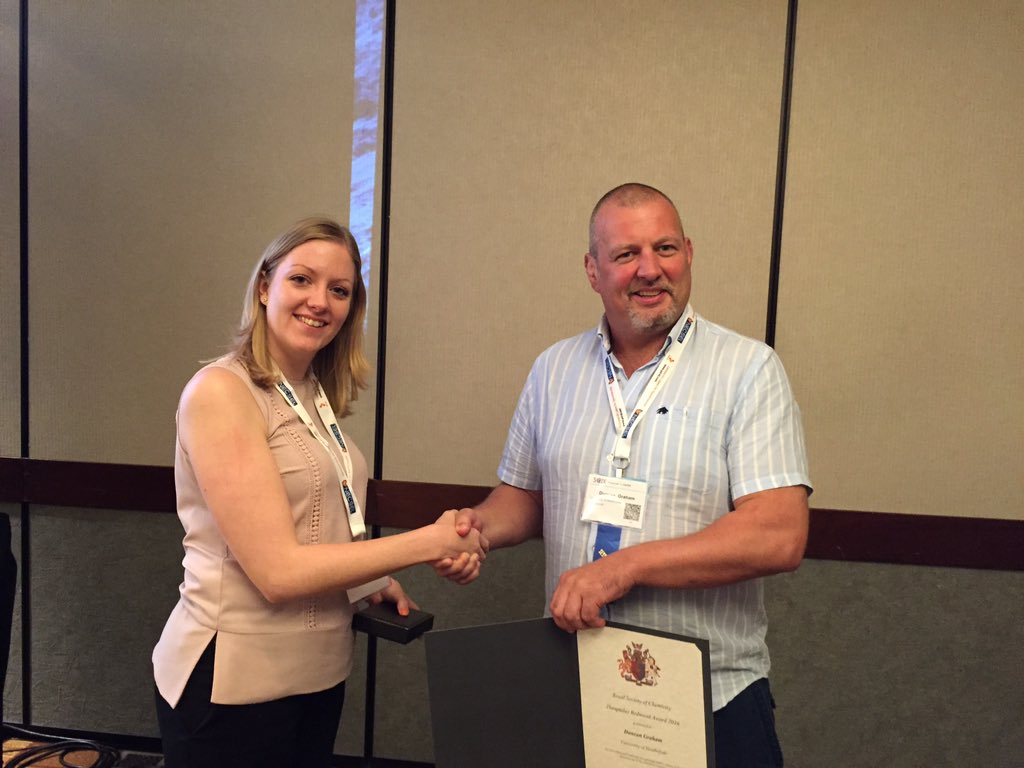 Congratulations to both Patrick and Duncan for their achievements!