For the fifth year running, the University of Alberta and the University of Calgary Nano Groups co-organized the two-day Alberta Nano Research Symposium. The symposium provides a platform for showcasing innovation in nanotechnology research done in Alberta, as well as fostering deeper connections among researchers in academia and industry.

Students from across Alberta in all nanotechnology disciplines were invited to present their research, with prizes awarded to the top oral and poster presentations. Plenary speakers – leaders in nanotechnology – from Alberta, British Columbia and Saskatchewan were invited to give talks on some of their latest work. A poster session and a networking event brought together the community in the evening.

The RSC is particularly enthusiastic about supporting the efforts early career researchers, so we want to say congrats for a successful event! 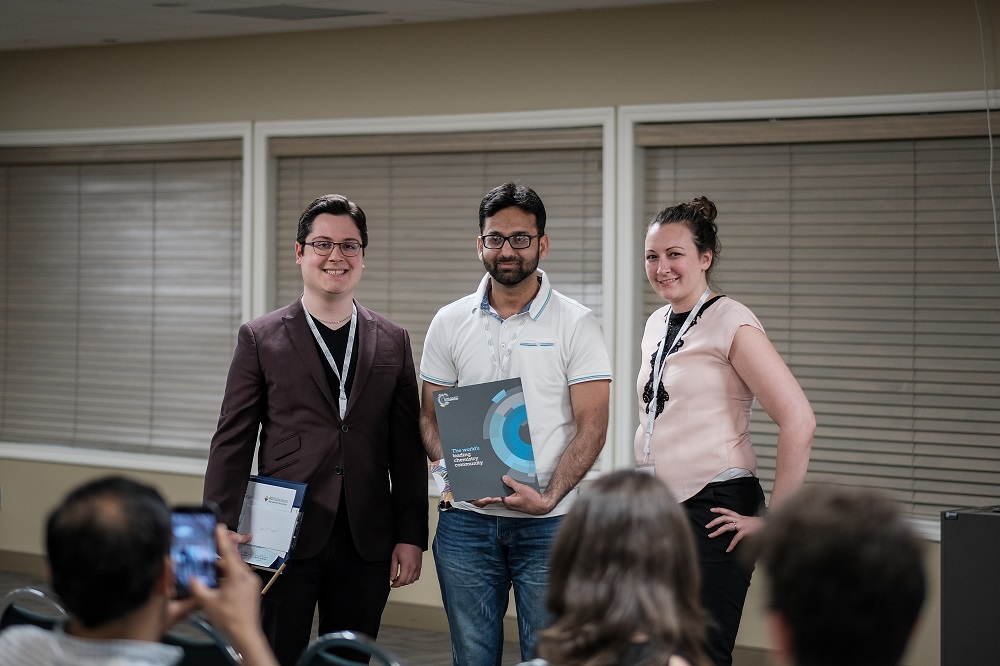